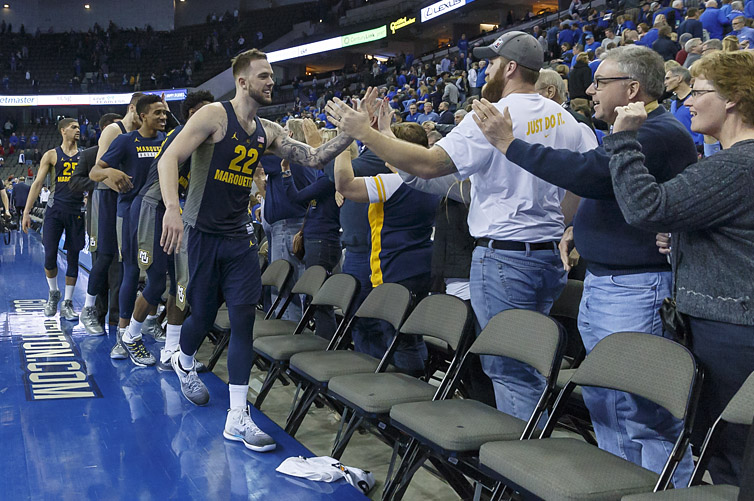 I hope the coaches who read this article share it with their players, because I believe this lesson is truly beneficial for players as much as coaches. Not only am I sharing what I’ve learned regarding humility; I’m also preaching the message to myself. We all must be reminded often that the path of humility is the best path.

Over the last two years, I’ve been honored to coach a number of top prospects through some invitational basketball camps. A few even have a chance to make it to the NBA. Not only that, I’ve also interacted with a number of college coaches and learned what they are looking for in potential players. In this article, we’ll compare the habits of players who are doomed for a short-lived and underwhelming career, to the habits of players who are on track for long-term success. Overall, humble players are built to become much better players in the long run.

Let’s address what many people, males particularly, think of when they hear “humility.” Many think that being humble means being weak, passive, or quiet. That’s not the case at all. My definition of humility is this: Humility is realizing you’ll need other people to help you become your best; that you’re never better than other players; that you respect your coach and constantly do what’s best for your TEAM, not yourself; that you realize you are imperfect and always have room to grow – as a player and a person.

It is possible to be 100 percent humble and 100 percent confident at the same time! Problems arise when arrogance enters the picture. Confidence says, “I’m fully capable of getting the job done because I’ve prepared for this. I can do it.” Arrogance says, “I’m better than my teammates, my coach, and everyone because… well, I just am! I’m above them and can achieve success alone.” As described by CS Lewis, humility “Is not thinking less of yourself, but thinking of yourself less.”

Why It’s Advantageous to Be Humble

When you’re humble, you realize you have more to learn so your mind is open to picking up new things. When you’re arrogant, you will be stuck where you are and opposed to learning anything new.

When you’re humble, you realize you are not perfect, so you stay hungry and keep working on your game every day. When you’re arrogant, you think you are already great. When you think you’ve “made it” there is little incentive to continue working hard.

When you’re humble, you’re a better listener as you realize a coach or teammate is able to help you improve. When you’re arrogant, you don’t listen to others who can make you better because you’ve “made it” already!

When you’re humble, you realize you have to earn respect everyday from whoever you come in contact with. When you’re arrogant, you think you’re owed people’s respect because of some preconceived notion or past performance – this is a losing mentality.

If you want to be a more successful coach, player, official, parent, or human being; if you want to live a more fulfilling life, attempt to live a humble life. Remember, this doesn’t come at the cost of confidence – you can be both! But it does mean treating people well and continuously looking to improve, both on and off the basketball court.

As my mentor Kevin Eastman, former NBA Assistant coach and NBA champion has said, those who climb the ladder of success have a humble gene!