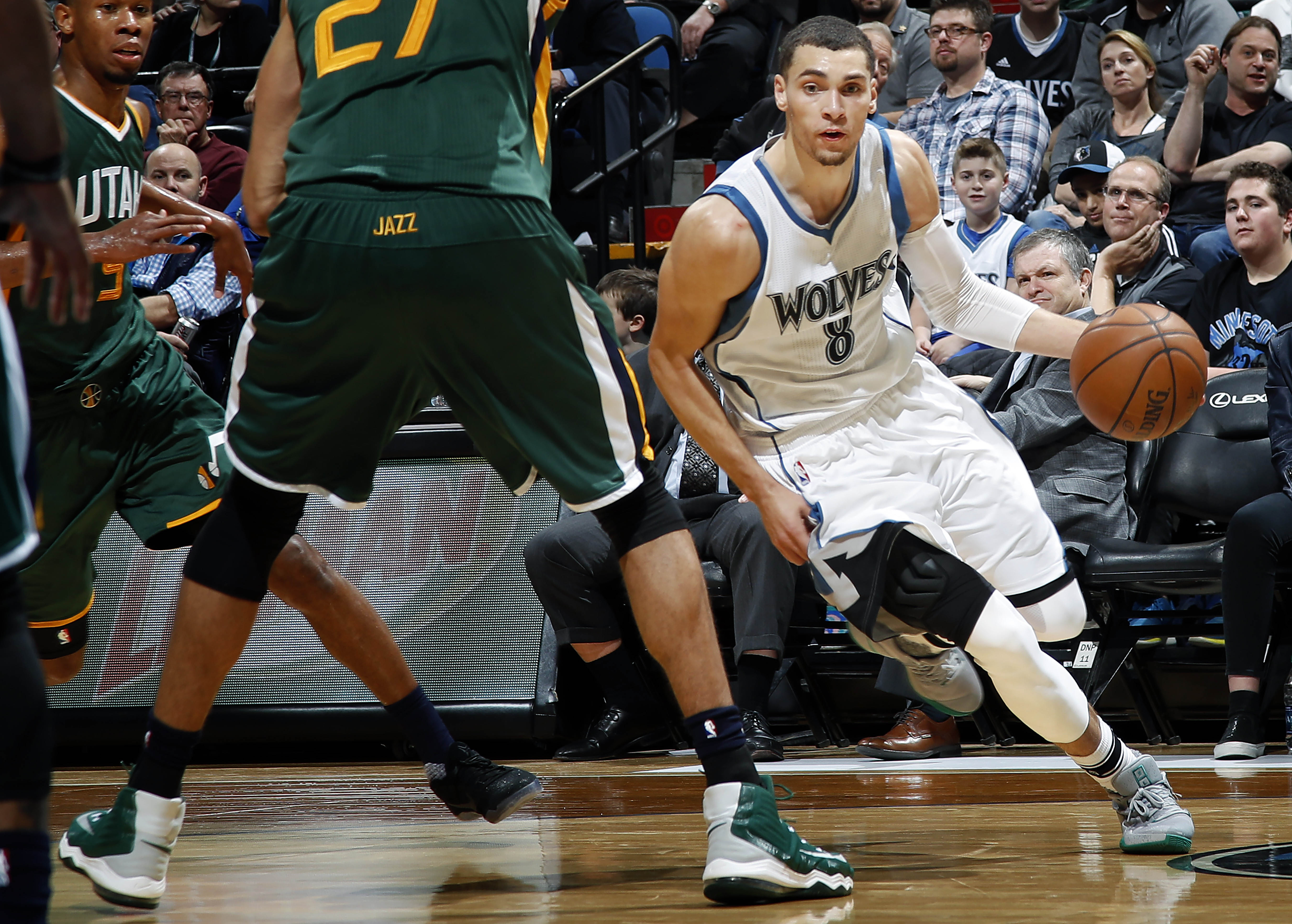 The NBA season has begun! This video playbook takes a look at some handoff concepts from around The Association to watch for this season.

The National Basketball Association season is underway! That means a chance to observe some #NBAXsOs nightly. One concept to focus on is the dribble handoff. Increasingly, teams are using added elements to set up handoffs to create advantages.

In the following video playbook, we will take a look at some of the top dribble handoff teams and players from the 2016-17 NBA season. Look for the handoff trend to continue in the new season.

In the 2016-17 season the Timberwolves were a Top Ten team in Points Per Possession (PPP) in handoffs thanks in large part to Zach LaVine (now with the Chicago Bulls). LaVine was fourth in the league in field goals made (FGM) from handoffs last season (63 FGM). His handoff possessions were worth 1.032 PPP to the T’Wolves.

Many of those made field goals came from the two sets featured in the video below:

In “Flat Step Up” the flat step up ball screen forces the defender guarding the player on the swing spot to “tag” the roller. This allows for an open swing pass. There may be an opportunity to make a high-low pass into the roller.

If no high-low is present, look to the second side. Looking to the second side is the trigger for the “cut-flip” molecule. The high wing cuts out of the single gap and the corner player blast cuts into the dribble handoff from Player 5.

Many NBA handoff concepts build in ways to disadvantage the recipient’s defender prior to the delivery. The cut by the high wing may “rub” the corner player’s defender causing him/her to be disadvantaged when the handoff is delivered.

The “elbow” is a popular place from which to initiate offense. Below in “Elbow Pop Take” the Wolves demonstrate playing off the elbow, the “forced curl” concept and forcing the handoff recipient’s defender to defend in a down screen prior to chasing his man off a handoff (another example of disadvantaging the recipient’s defender). The Brooklyn Nets also made efficient use of the handoff particularly in early offense. In the video below, the Nets demonstrate the Swing-Down-Flip three-player molecule.

The reversal to the trailer (“swing”) leads into the wide pindown (“down”) for the recipient of the handoff (“flip”). Yet another example of disadvantaging the recipient’s defender prior to the handoff. Bojan Bogdanović (now with the Indiana Pacers) is on the receiving end of the handoffs in the video above. Bogdanović was second in the league last season among players with a minimum of 50 handoff possessions with 1.28 PPP in handoff action.

Bonus: Stick with the video to the end to see how Brooklyn connects inbounds to offense and applies the Swing-Down-Flip molecule to sideline out of bounds!

The dribble handoff is nothing more than a means to create an advantage. But often a player simply handing off to another player does little to create that desired advantage.

Forcing opponents to defend successive actions increases the likelihood of a defensive lapse. These concepts from the Timberwolves and Nets use an added element to aid in creating the advantage for the recipient of the handoff.  Apply this concept to the dribble handoffs in your offense if straightforward handoffs are not creating the advantages you desire.