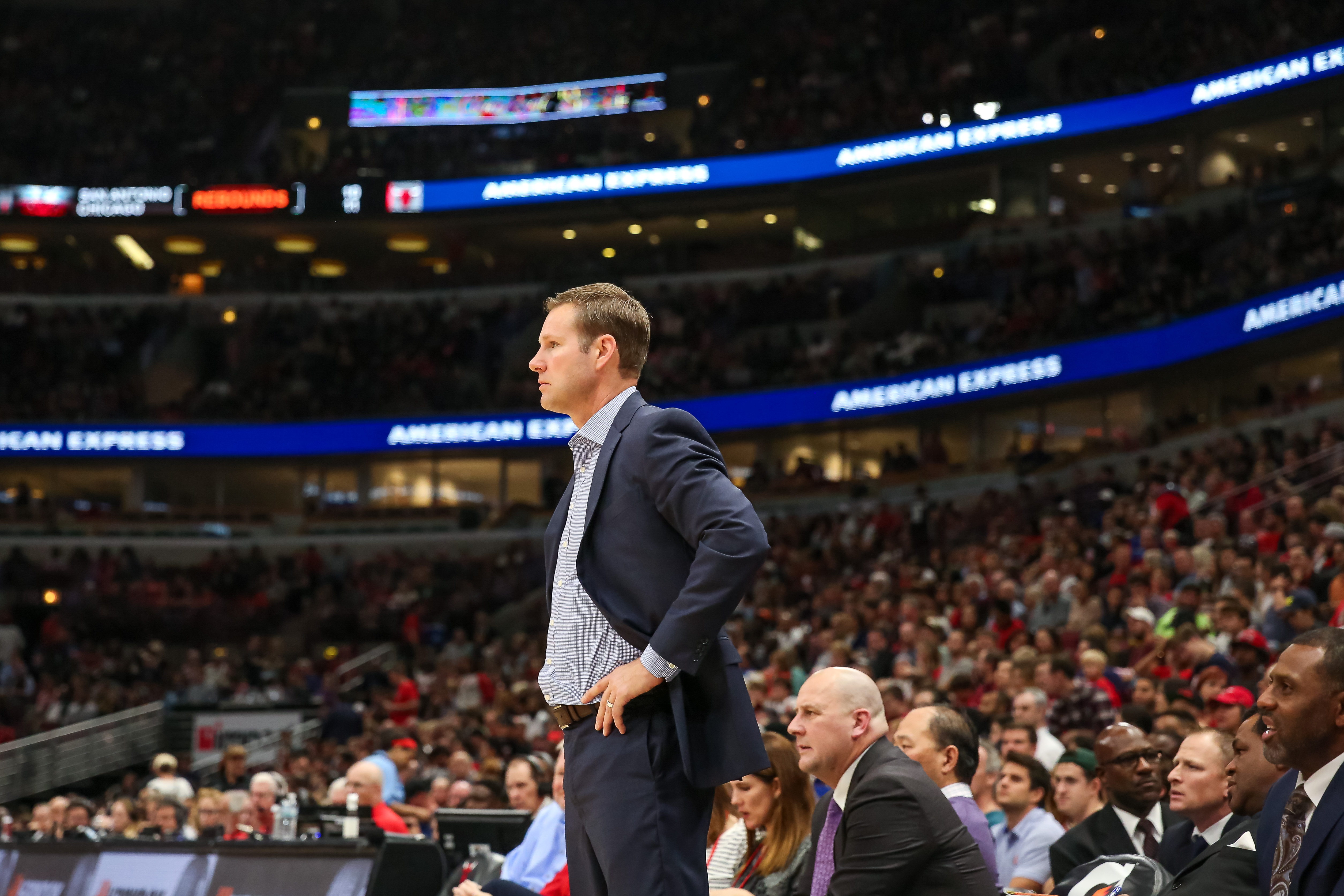 As coaches, we are ALWAYS looking for an edge. One of the best ways to gain an advantage on an opponent is by effectively scouting ahead of time. I’m here to share five simple tips to the scouting process I have picked up over time.

This is my 14th season of coaching overall, and my second season as an NBA Regional Scout. My role as a NBA scout is to study the X’s and O’s of future opponents. I do not have any responsibility to scout the personnel. I generate a “call sheet” for the teams that I scout, which allows the video coordinator and assistant coaches to find the sets in the film and prepare their scouting report. If a team runs the same set multiple times, or has a good ATO, then I will diagram it on FastDraw and FastTrade to the coaches that need the play. FastDraw is a great tool for saving these plays in a library as well as sharing them with other coaches. Scouting at the NBA level has been a terrific learning experience, and I am very grateful for the opportunity as it has allowed me to prepare my own team better.

What I find interesting at the high school level, is when coaches say, “I told you that they were going to do that.” In reality, we tell our players a lot of things, and it does not matter what we tell them. The only thing that matters is the information that players are able to retain. Here are a few tips to help coaches gain an advantage as we prepare to scout for the season.

1. Who are the specialists?

A specialist is a player who plays a specific role, or has a specific skill. The most obvious “specialist” is a 3-point shooter.  If the player is a catch and shoot specialist, then we want to eliminate that player. This becomes more important if the player is one of the leading scorers. We will often times “face guard and deny” these players. If your opponent has a dynamic player, who is a bad match up, then focus on eliminating the “specialists” around that player.

2. What is the team’s baseline out of bounds (BLOB) strategy?

This is my personal favorite. We have charted these situations in each of the past two seasons. You can get more information about our philosophy, by reading “Plays YOU Can Use: BLOB Series.” It is difficult, in the flow of a game, to eliminate another teams set plays. It is not difficult to do a terrific job of scouting their baseline out of bounds plays. To put this in perspective, we are 14-2 in games decided by eight points, or less, in the past two seasons. We have been +6.5, PER GAME, in our baseline out of bounds scenarios. It is our belief that this is a major factor in winning close games. In two games this year, we have guarded 12 baseline out of bounds plays, without giving up a single point.

3. What is the biggest factor that could cause us to lose to this team?

With my team, we embrace FIVE FACTORS which lead to our success. We are undefeated the past three years when we have won 3 or more of these 5 factors. These Five Factors are always discussed in “biggest factors that could cause us to lose.” For us, the five factors are:

Our scouting report should align with our FIVE FACTORS FOR SUCCESS. Creating your own “FACTORS FOR SUCCESS” is a great exercise as you start your season. It will drive your practice planning, development of your system, and your SCOUTING!

4. What TEMPO is the best fit for our team, against this particular opponent?

In my opinion, this is one of the most overlooked aspects of scouting. We naturally play fast, and we want to push the ball in transition. We played a team that was much more athletic and more talented than us, early last season. We needed to be more deliberate about dictating a slower tempo. I did not communicate this well enough, and we allowed the game to turn into a “track meet.” Eventually, our opponent broke the game open, and we suffered an ugly loss. It was a brutal reminder of the importance of clearly communicating the desired tempo. One of my mentors once told me, “In coaching, STUBBORN gets you beat.” If you are stubborn and refuse to adjust your team’s tempo, then you are not maximizing your ability to be successful against the best teams on your schedule.

5. What does the opponent do defensively, and how can it give us problems?

We obviously want to know what defensive looks we will see from our opponent. This allows us to prepare in the practices leading up to the game. We want to know where they bring pressure, so our players do not get rattled. This also allows us to put players in specific spots, to maximize their skill sets, and also allows them to create an advantage for our team.

There is no perfect science to scouting an opponent. The only thing that you can do wrong is to say, “we don’t scout, because we focus on us.” If a coach is not willing to do the work to prepare, then why should players be expected to be mentally engaged? In great programs, accountability goes both ways! I am always looking for ways to learn and grow, so please reach out if you have any best practices that could help coaches improve their scouting.