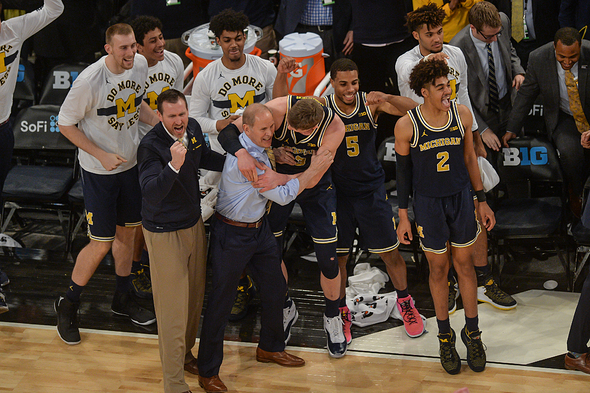 Our Building a Culture of Greatness series aims to help coaches bring their teams together by sharing real life examples of team culture.

Being humble means you know exactly what you have to offer. As coaches, we will often remind our team after a game that we are not as good as we think (usually after a win), nor are we as bad as we think (after a loss). We need to know who we are as a team, as well as individuals. Here within lies the challenge: How do we arrive at this judgement? Consider this quote by Tim Keller: “Humility is so shy. If you begin talking about it, it leaves. To even ask the question, ‘Am I humble?’ is to not be so.”

Humility is such an elusive virtue. It’s impossible to pursue it as you would resilience, courage or some other character trait. It’s like chasing a butterfly. Chase it, and you’ll never catch it. Sit still, and it may come to rest on your shoulder.  With that said, how do we “sit still”? We turn all of our attention to others.

For example, Crazy Horse was among the greatest leaders and warriors in Native American history. He was entitled to wear all the headdresses and other symbols of successes, but he always chose to wear a single feather. He did not have to tell or show anyone his accomplishments – others already knew and he was admired and loved by his people. He knew who he was, what he stood for and what he had accomplished, and he didn’t have to continually remind people of this.

Crazy Horse thought of others first and made it a point to pour into the lives of his people. He was the first to applaud his ‘teammates’. Coaches want their players to celebrate the successes of teammates as that is vital to creating team chemistry. We like to say, “Be the first to praise others and the last to brag or draw attention to yourself.” This is not always easy to do in a society that glorifies self more than ever, but it is impossible by being mindful and putting ‘we over me‘ into practice. Arrogance is not a noble trademark, however, thinking of others is.

Why is humility such an elusive virtue?

Can you give an example of “false humility”?

What does applauding your teammates and celebrating their successes have to do with humility?