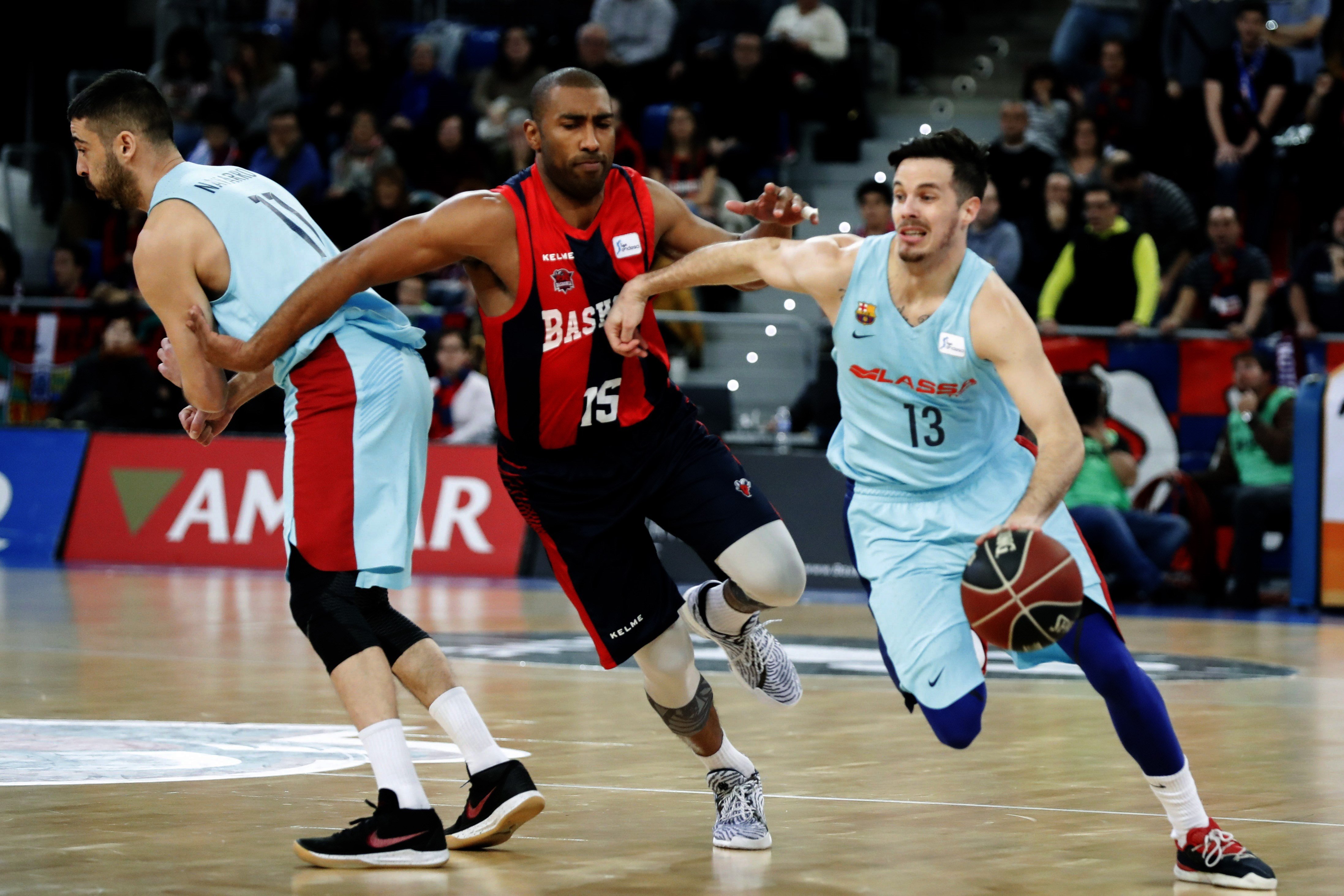 The basic flow along with three varying types of entries into the Euro Ball Screen Offense: Horns Basic, UCLA and Dallas.

The EURO Ball Screen Offense is a popular continuity style offense featuring side-to-side ball movement, wing pick-and-rolls and high-low opportunities. It is common to see elements of this offense at all levels of play the world over, but the basic flow has it’s roots abroad. Chances are many readers run or have faced this offense in competition.

Here we will look at three entries to Euro ball screen after a quick examination of the basic flow.

The clip below demonstrates the basic flow of the offense. It features the wing ball screen to create an advantage, ball reversal to a forward in “The Seam” and then the signature back cut/blast cut combination which flows into another wing ball screen.

For more detail on the basic Euro ball screen flow, click on these diagrams below and add them to your FastDraw playbook:

The ideal would be seamless flow into the EURO flow from transition offense. The game affords plenty of stoppages to make play calls with its frequent dead ball starts. On a live ball change of possession, just flow into the offense.

For those times when the offensive possession starts from a dead ball, an entry to the EURO flow can be beneficial. Horns Basic offers seamless connection to the EURO offense.

From Horns, Player 1 may accept either ball screen. The roll should elicit a tag from the opposite forward’s defender (X4). Make the throwback pass to Player 4 who peeks inside for the high-low seal before looking to the second side.

Upon being looked at, dribbled at or pivoted towards, Player 3 blast cuts from corner to wing for the dynamic catch. Player 4 follows into the wing pick-and-roll while Player 5 replaces to the reversal spot. Now we are back into the EURO flow.

From a dead ball a 1-4 High alignment with classic UCLA action can be utilized. This UCLA Entry uses the back screen/ball screen combination to enter EURO flow.

Player 1 may enter to either wing. After the wing entry, Player 1 UCLA cuts off the back screen from Player 5. Player 4 becomes the reversal forward. Player 5 then sets the wing pick-and-roll for Player 3 (don’t forget to reject when you can!). First setting the back screen can help Player 5 arrive alone at the wing ball screen.

We are now in the EURO flow with Player 4 receiving the reversal pass and looking to the second side to trigger the back cut/blast cut combination.

Another option for a dead ball entry from Horns is the “Dallas” Entry. This entry features the over/under “Dallas” Action to set up the wing entry and initial ball screen.

Player 1 dribble offsets the ball either way. The ball side corner player runs under the action along the baseline to the far corner. The player in the opposite corner of the dribble offset cuts over the double screen from Players 4 and 5 for the wing entry. Often this player is trailed and there is an advantage to the baseline side – just catch and go.

If there is no baseline drive, Player 5 sets wing ball screen for Player 3. Player 1 has cut off the back screen from Player 4 who separates from the screen to the reversal spot. This puts the offense in the signature alignment and kickstarts the EURO flow.

The EURO Ball Screen Offense is a simple way to get the ball moving side-to-side and create advantages using ball screens. These entries and many others can compliment the offense at times when there is no flow from the break.

Check out #EuroOffenseTips on Twitter for more on Euro Ball Screen Offense!

For help with practice planning and implementation of a the Euro Ball Screen Offense or other offensive elements for finding, using and creating offensive advantages please contact us and/or join our community for basketball coaches!