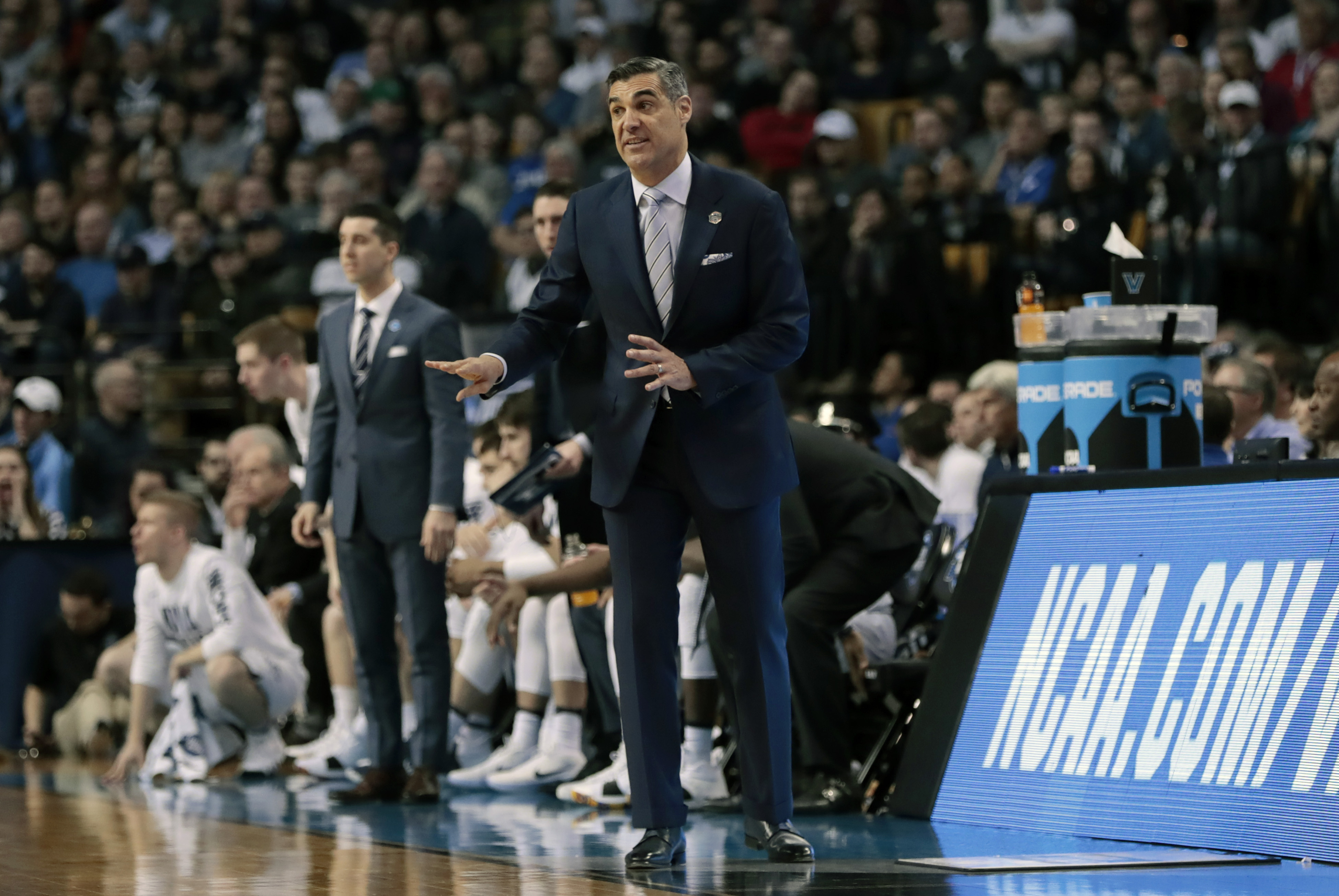 The best of the best #XsOs from the second weekend of the 2018 men’s NCAA Tournament: Top plays to install with your team.

Hopefully, you have taken our advice on treating the NCAA Tournament as a free coaching clinic and used it as a professional development opportunity. There’s still time to catch up on all that March Madness has provided us to learn from as coaches. Here we present the top plays from the Sweet Sixteen and Elite Eight games.

Click on a play to download it directly to your FastDraw library, or email/save/print as a PDF.

Kansas: Zone PNR Seal – This set was pure poetry in motion as the Jayhawks exploited the 2-3 zone from Duke for an uncontested layup in the Elite Eight contest. Putting it’s best shooter (3) in the corner while also screening the middle defender (x5) was key to opening up the spacing for this action to work.

Loyola-Chicago: Weave Flare – The Ramblers run a very effective ball screen offense, as we covered. This weave action resulted in a wide open 3-pt look for the 1, helping LUC advance past Kansas State in the Sweet Sixteen.

Michigan: Clear 5 – The Wolverines have a versatile big man in Moe Wagner that can take defenders off the dribble. This set was called to get him isolated vs a Florida State big in an Elite Eight matchup.

Florida State: 4 High Slip BLOB – The Seminoles ran this beauty of a BLOB after a time out to essentially seal their Sweet Sixteen win vs Gonzaga as it put them up 15. FSU’s 3 man was wide open on the slip for a dunk. Kentucky: 4 High Post to Stagger ATO – The Wildcats didn’t make it past the…Wildcats of Kansas State in the Sweet Sixteen, but they did run this solid action that has an option for posting up a guard (3), or an open jumper off a stagger (2). Great for after time out situations.

Duke: Horns Screen Dive – With twin tower bigs that are both scoring threats, this Horns set helped the Blue Devils get plenty of high percentage of shots in the paint during the NCAA Tournament before falling to Kansas in the Elite Eight.

Guess that’s why they call it March Madness! Get all of the #XsOs Behind the Upsets.

View all submitted plays from out contributors during the tournament on our PlayBank.