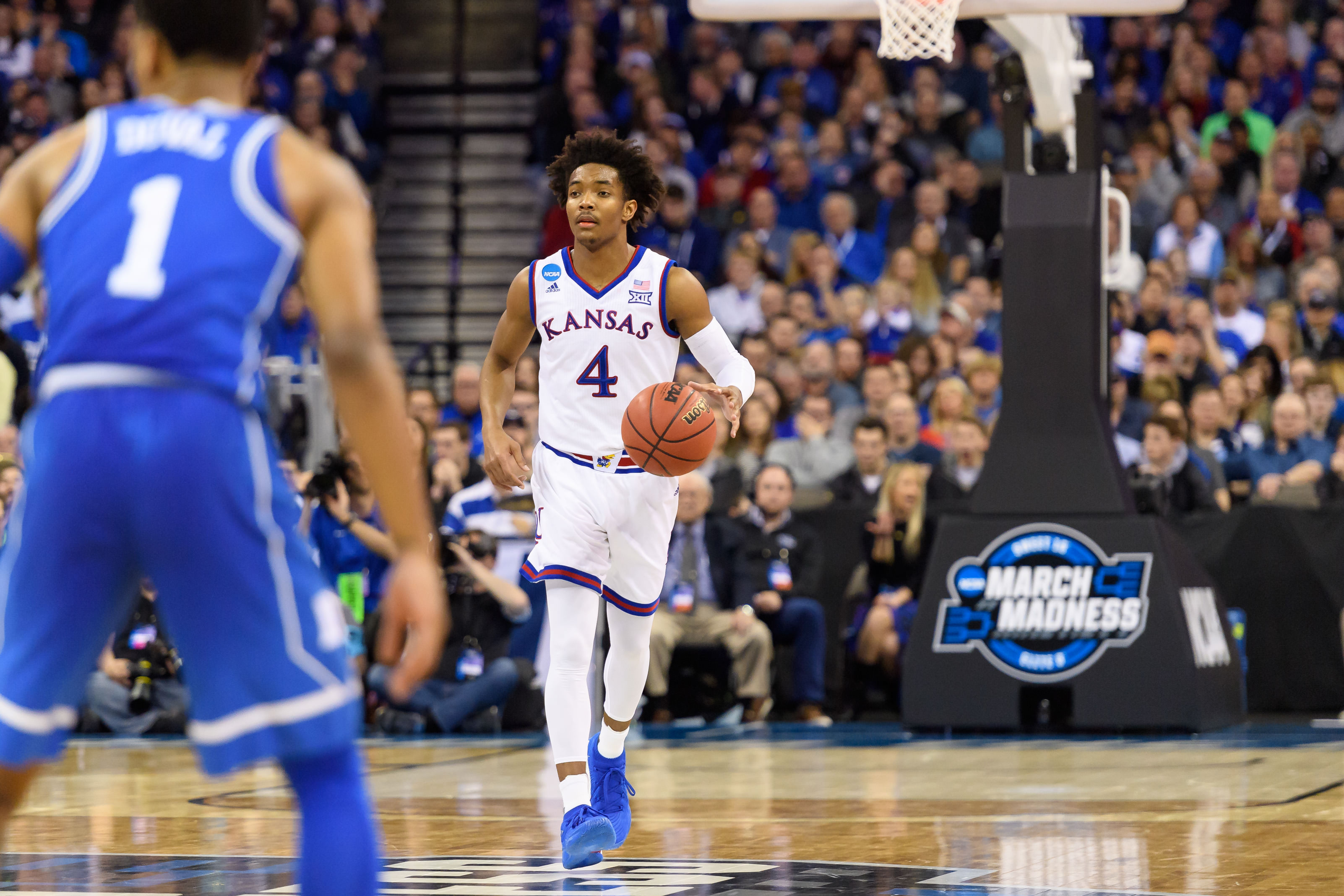 A Match-up Zone can cause problems for offenses finding ways to score. Here are 8 top sets to help beat it.

The 2018 NCAA basketball tournament has been one for the ages, giving college basketball fans monumental upsets and amazing come-from-behind victories. It also further illustrates that teams with unique and unorthodox styles of play can be hard to prepare for in a quick 48-hour turn around. Whether it be the small-ball attacking style of UMBC,  or the daunting 2-3 Syracuse zone, being unconventional has its advantages. The same can be said for a good match-up zone. A good match-up zone wants to accomplish the following four things:

It is my goal in this post to give coaches offensive concepts and strategies to help attack match-up zones.

Before implementing your offense versus a match-up zone, work backwards to think about things that give it trouble.  I believe there are several offensive concepts that work well in attacking the zone.

The following sets incorporate these actions and provide you with a comprehensive attack versus the match-up zone.

Shocker is a continuity offense that looks to constantly attack the zone with ball screens, overloads, and getting the ball inside. Put your best shooter as the baseline runner and your best post player inside to seal the middle of the zone.

Cutters is a great zone offense designed to cut into open areas of the zone and provide the zone with constant player movement. This is a great offense versus any zone, but works extremely well against a match-up. Oregon is zone attack I saw Dana Altman and the Oregon Ducks run a few years ago with much success. Coach Altman has run a successful match-up zone for years, so who better than to know how to attack it. This offense uses cutters, misdirection, drag dribbles and overloads.

Flood is a play that uses misdirection dribbles and overloads to create confusion in the match-up. You can run this as a play or an entry to any zone offense. I am a big believer in having counters to most of your common offensive actions. Flood “C” is the counter to Flood and looks to get a 3pt shot in the corner. The action looks the same and can take advantage of the over-reactive defense. Mercer is a great play I got from Bob Hoffman, the head coach at Mercer College. This set is designed to create a natural overload by screening the top of the zone and bringing a shooter behind the ball screen to the corner.

Smash is one of my favorite zone plays, as it’s designed to get the ball inside. Too many teams can become one-dimensional against a zone, relying on outside shooting. Here the 4 screens the middle defender, allowing 5 to cut into an open block area for a catch.

Smash Down is the counter to Smash, and will attack the middle to soften up the zone as well to open up outside shooting. Here the 5 screens the middle defender, allowing 4 to flash middle for a catch and finish, or kick out once the zone collapses

These are just a few of the plays I’ve run or seen run versus match-up zones over the last few years. I hope you can take something back to your program that helps your team be prepared versus match-up zones. If you have any plays or other ideas you would like to share, my email address is hamiltonr@norman.k12.ok.us. Happy Hoopin!!