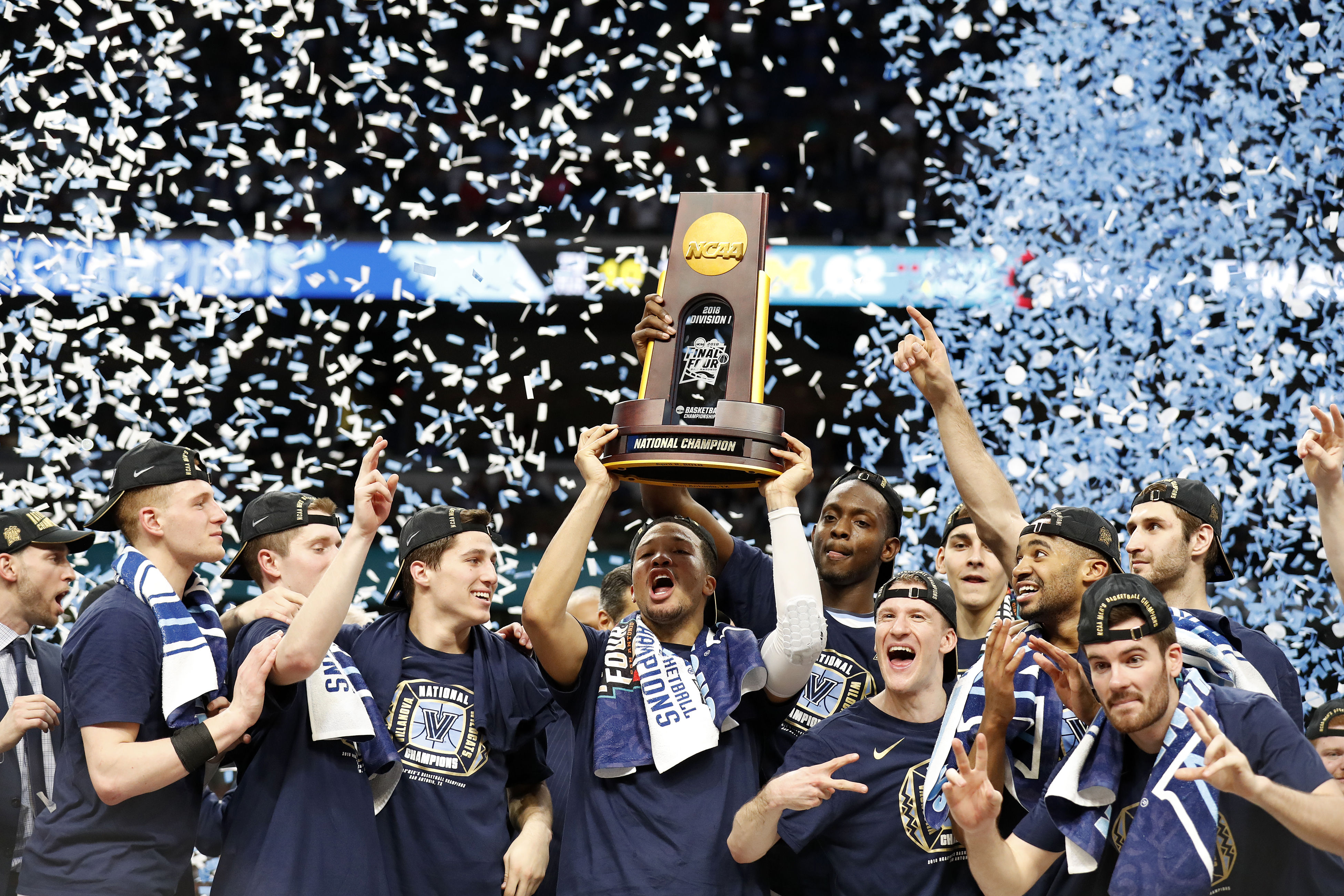 The story of the night was Donte DiVincenzo, who came off of the bench and sparked a huge run for Villanova, which continued to hit big shot after big shot throughout the game. Early on it was Michigan who built a lead, as Moe Wagner was able to get a few open looks from deep. The junior Wolverine also took advantage of the Wildcat pressure defense, blowing by his defender and getting to the rim before help arrived.

Defense is where Michigan excelled early on, as it was was able to turn Villanova over and force contested shots. Much of Michigan’s defense relied on being able to contain Wildcats in a 1-on-1 situation without using much help. Enter in DiVincenzo. The redshirt sophomore and Big East Sixth Man of the Year was able to break down his defender, getting to the rim and knocking down deep threes off the dribble or in ball screen situations. Halfway through the second half, Michigan began to make a comeback and closed the lead to 12. DiVincenzo responded with back to back threes to extend the lead to 18, putting a huge dagger into Michigan’s comeback chances. DiVincenzo was the catalyst to the Villanova victory, but there were many keys that helped carry the Wildcats to the National Championship for the second time in three seasons. Offensive versatility (aka positionless basketball) is what Villanova is known for, and this was huge in earning the title. Jay Wright’s Wildcats always have five players on the floor who can shoot and score at the basket. Villanova bigs can step out and knock down threes, and its guards and wings can all post up. This versatility and ability to knock down shots forced Michigan to stay locked into single coverages, allowing Villanova to go 1-on-1 in the post, out on the perimeter, or create an advantage off of a ball screen. Wright has been employing this system for years, and recruiting players to fit into it as well as developing the skills necessary to be successful playing in it. It’s safe to say his teams have bought into it, as the Wildcats are tough to stop offensively.

On the flip side, Villanova’s defensive versatility deserves much more credit that it gets. Throughout the night, the Wildcats switched everything 1-5 and didn’t miss a beat. The switching caused Michigan to get out of rhythm at times, and it could not take advantage of mismatches. Wildcat point guard and National Player of the Year Jalen Brunson would be fronting Wagner at times, but Villanova always had weak side help to deter the lob pass.

Looking at the box score, one can see both teams shot a similar FG%, with Villanova at 47.4% and Michigan at 43.6%. However, looking at the EFG% (effective field goal percentage), the gap widens as you can see the impact three-point shooting played in the game.

Obviously, not a big disparity in the number of assists each team finished with, but an interesting stat for two teams that are known for ball and player movement. Villanova averages 16.4 apg while Michigan averages 14.3 apg. The number of assists were cut by more than half – a testament to both defenses and scouting report execution.

Donte DiVincenzo turned himself into a household name by taking over the National Championship game, scoring 31 points on 10 of 15 shooting. He was lights out from deep, finishing 5-7 from three when others on Villanova struggled to put up their typical numbers. Many of his threes came off of the dribble or from pick and roll situations. The “Michael Jordan of Delaware” was able to punish Michigan for not plugging the ball screen high enough. Not only did he do damage from distance, but he was able to penetrate the defense and finish at the rim. Using his athleticism and ball handling ability, he was able to get by his defender and finish in traffic and against help. Not only did he impress on the offensive end, but DiVincenzo’s presence on defense was felt with two monster blocks coming from the weak side. Once DiVincenzo was feeling it, Villanova ran a variety of sets to get him in pick and roll situations and also take advantage of the defense trying to pressure him. Below are some of the sets Villanova used for DiVincenzo last night. Click on a play to add it to your FastDraw library. While Villanova played excellent, Michigan ran its fair share of effective and creative offensive sets as well. Team FastModel member Tony Miller covered several of the Wolverines’ plays and BLOBs, which you can check out on the PlayBank here.

Two of the sport’s most respected programs and coaches took the court Monday evening in San Antonio. It was Villanova’s night, but we were all winners for the opportunity to study the game’s elite in action!

View all Villanova, Michigan + other NCAA Tournament team sets on the FMS Playbank.