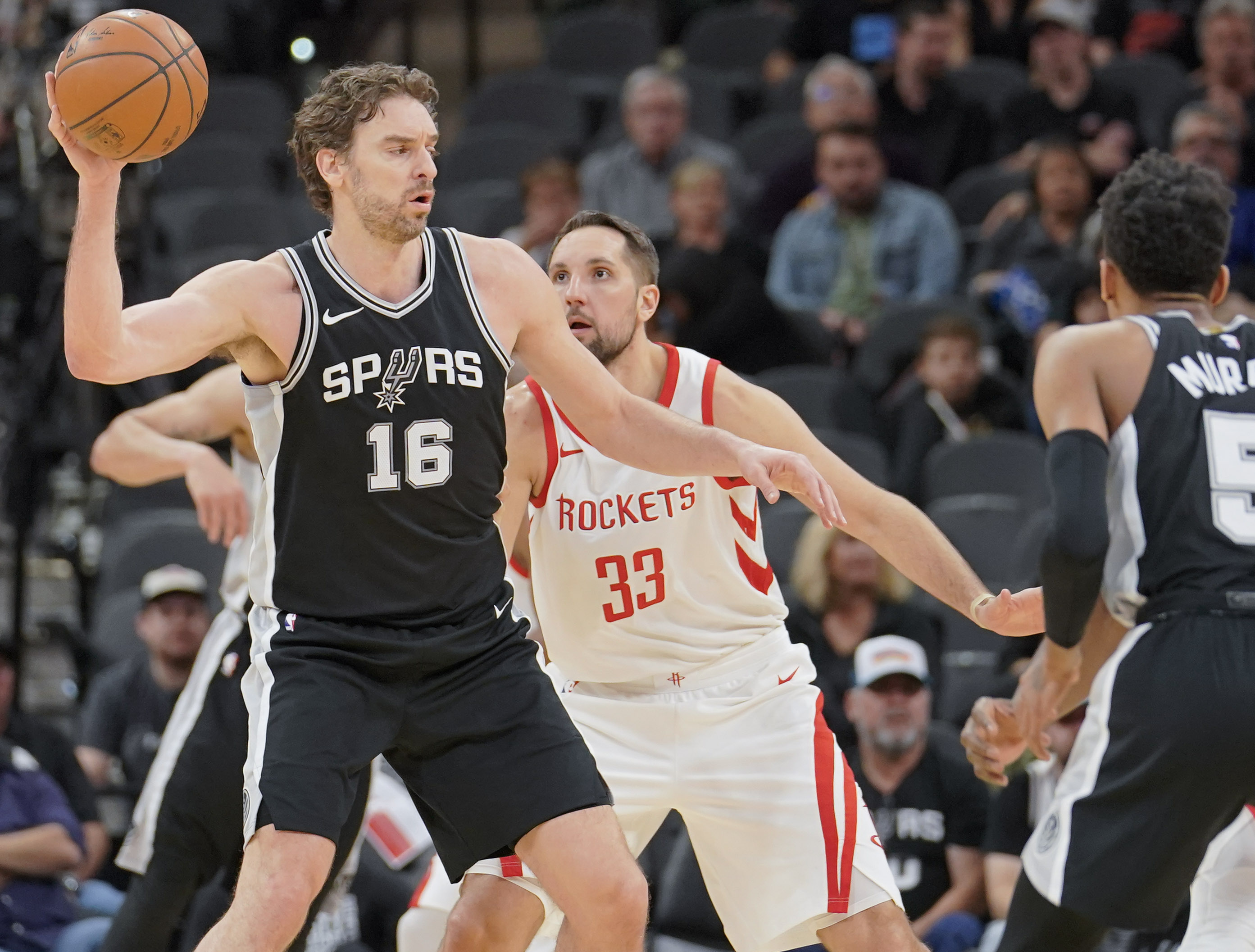 The “Take” and “Twist” concepts are offensive elements designed to create an advantage as demonstrated here by Pau Gasol and the San Antonio Spurs.

As the lines blur between International basketball and the NBA it can no longer be said with the same level of distinction that there is an “international” style of play and an “American” style of play. Players and coaches from around the world are flooding the NBA with new skill sets and new outlooks on offense. NBA coaches learn from International coaches and vice versa. It is hard to tell who is stealing from whom!

The San Antonio Spurs have been ahead of this curve for some time. Their roster and coaching staff has long had an international flavor and so too has their playbook. In this piece we’ll look at two of The Four T’s of International Offense – the “Take” and the “Twist” – that may not be so “international” anymore!

The first of the Four T’s is the Take. It is in the dribble handoff family, but features a couple of subtle differences. Often called a handback, a guard passes to a big on the perimeter and bursts into a cut to immediately “take” the ball back.

If the defender (X1) trails the cut, Player 1 now has an advantage and penetrates the defense after taking the ball. Player 5 then rolls just as in pick-and-roll. From a Five-Out alignment a “take” can behave just like Spread Ball Screen.

If there is no advantage, we must create one. Here that means “twisting” into a rescreen as Gasol does in the video clip above. Below is another example of twisting by Gasol in FIBA play for Spain.

It is not until Gasol twists and rescreens that two defenders are drawn to the ball creating the advantage. Twisting allows the screener to improve the screening angle and induce the on-ball defender into going over the screen.

It is easy to see in the diagrams below how these two elements can be combined. Begin with a take, Player 1 “taking” the ball from Player 5.

The on-ball defender goes under the “take” and neutralizes the advantage when Player 1 takes the ball (Frame 1). Player 5 reacts by “twisting” into a ball screen (Frame 2) and the “take” morphs into pick-and-roll. Below is an example of Take + Twist from sideline out of bounds featuring the Spanish club Iberostar Tenerife.

These take and twist concepts would fit within the #FindUseCreate offensive style as “create” tactics. The purpose of actions such as the Take and Twist is to create an advantage that can be used, maintained and increased and turned into an uncontested shot or a score at the rim.

The “Four T’s” prominent in International offense as well as the NBA as demonstrated by the Gasol and the Spurs, exemplifie simple concepts combined with simple reads players and teams can use to disorganize the defense. After that moment, the decisions of the players lead to scores.