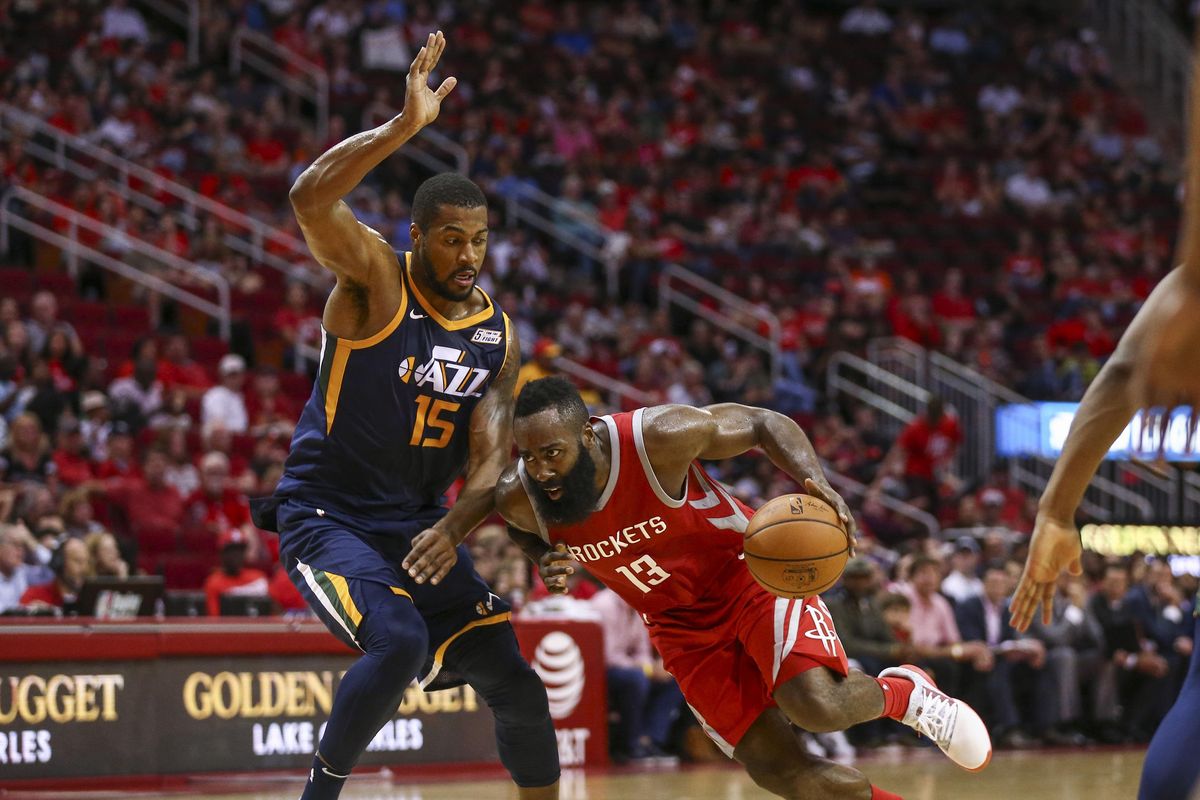 Making adjustments is crucial in a playoff series. Here’s a look inside the Utah Jazz defensive tweaks vs the Houston Rockets.

The talk of the Western Conference playoffs at this point has been the Utah Jazz and the job Quin Snyder and his staff have done. After winning the first round series 4-2 over the favored Oklahoma City Thunder, Utah split its road trip to Houston in the Semifinals against the Rockets, and have the series knotted at 1-1 heading to Salt Lake City for the next two games.

After losing Game 1, 110-96, a game which saw James Harden score 41 points on 12-26 shooting from the field (7-12 from the 3PT), Utah decided to make a few defensive adjustments. Houston did a great job in Game 1 of forcing mismatches and then isolating them, leading to open 3-point shots by Chris Paul (3-6) and James Harden (7-12). The majority of these mismatches were created through transition offense, as Utah early switched some of the ball screens in which it normally would have covered with primary pick and roll coverage. Here are some clips of Houston in Game 1 exploiting the switches and mismatches.

The biggest adjustment the Utah Jazz made in Game 2 was how they defended James Harden off the ball. As talented as he is with the ball in his hands, it’s beneficial for the defense to make him work as hard as possible prior to the catch it to cut down on his touches, shots, and ability to create for others. In Game 1, he was able to catch the ball much too easily in the half court, causing lots of problems for Utah, as seen below.

Now, let’s look at the defensive adjustments made by the Jazz in their Game 2 win, 116-108, starting with how they defended Harden off the ball. Utah denied him whenever possible, making him catch the ball a few feet off where he would normally like to receive the ball, and really committed to being in his space when he did catch. In Game 2, his stat line was 32 points on 9-22 shooting from the field (2-10 3PT). By denying him the ball and forcing him to spend more energy on getting catches, The Jazz limited him by four shots and nine less points than Game 1 (plus a lower shooting percentage), leading to the win. Utah was so committed to denying Harden the ball that he had to back cut as opposed to catching the ball on the perimeter.

The second adjustment the Jazz made in their Game 2 victory was only switching late and in “emergency” situations. This prevented the Rockets from doing what they did in Game 1 – seeing the switch, backing the ball out, and attacking the mismatch via isolation. With how the Jazz mainly defend ball screens, this was not a difficult adjustment for them to make. The minor tweak kept Paul and Harden from shooting rhythm 3’s over bigs that had no chance of defending them, and made Paul attempt to isolate inside of the arc against bigger bodies.

The Jazz stayed true to their concepts as they continued using their primary ball screen coverage, which I covered in their series against the Oklahoma City Thunder. With the increase of 3-point shooting at every level of basketball, this concept of defending ball screens will soon become more and more popular, as teams essentially play 2-on-2 in the middle of the floor and stay home on shooters. Defenses will force guards finish over bigs at the rim, or allow bigs make decisions in the middle of the floor.

Keep an eye out for adjustments by the Rockets offense in Game 3 as the chess match continues.

View all submitted sets from the NBA Playoffs on the FMS PlayBank.