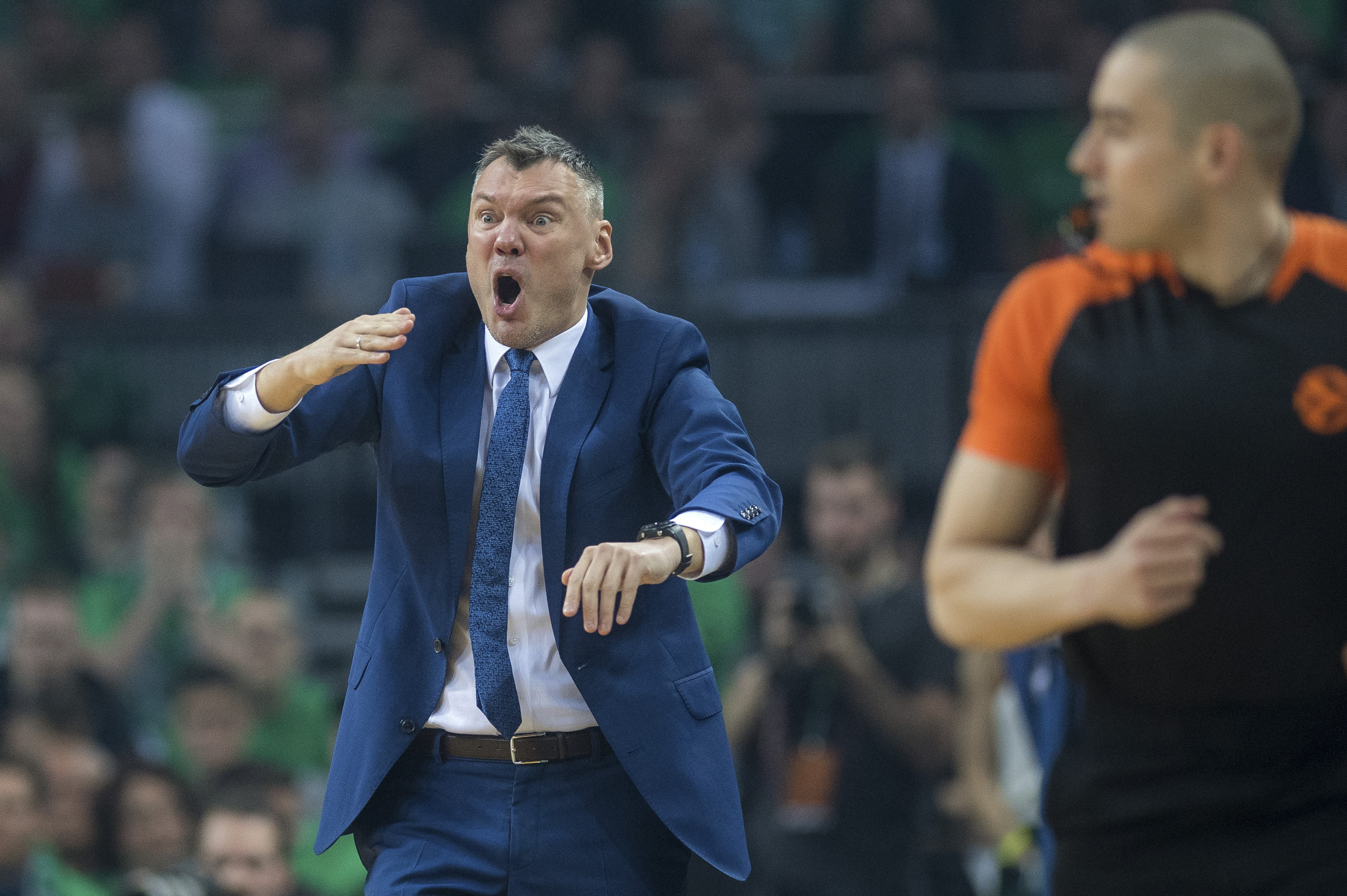 This is Part 2 covering the club’s Iverson series. Read Part 1 on Horns Series here, which includes a profile on Zalgiris Kaunas Head Coach Sarunas Jasikevicius and his style of coaching.

A main strategy Zalgiris used in its playoff series against Olympiakos was to take advantage of having bigger and stronger guards than its opponent. Zalgiris used a series of plays that aimed to exploit Olympiakos’ smaller guards by posting them up near the basket. The most common way Zalgiris initiates this is by running an Iverson cut to receive the ball from the point guard, who then makes a UCLA cut to the block looking for a post up opportunity. The four plays below demonstrate this set, from the basic post up into a progression of three options of following actions to run after 1 catches.

In this set, Zalgiris uses Iverson entry and a UCLA screen to get their point guard a low post touch. It’s important that other players move and space out to avoid drawing extra help to 1 as he works to get a shot.

This counter adds to previous play Logo PNR. Zalgiris is only team in whole Euroleague, which execute Logo PNR. It is one more point about creative coaching vision of Sarunas Jasikevicius.

Personally, this became my favorite set once I saw Coach Jasikevicius added Spain option to the Logo PNR action. Notice that the back screen in this action is set by the best shooter in order to prevent switching the screen.

In this counter, Zalgiris is able to catch the defense off guard, as x1 is anticipating 1 to post up on the block after making the UCLA cut, similar to previous actions. But this time, Zalgiris instead runs Chicago action (pindown into DHO), which is extremely difficult for x1 to defend.

Check back for parts 3 and 4 covering Spain PNR and ATO/EOG plays from Zalgiris Kaunas.