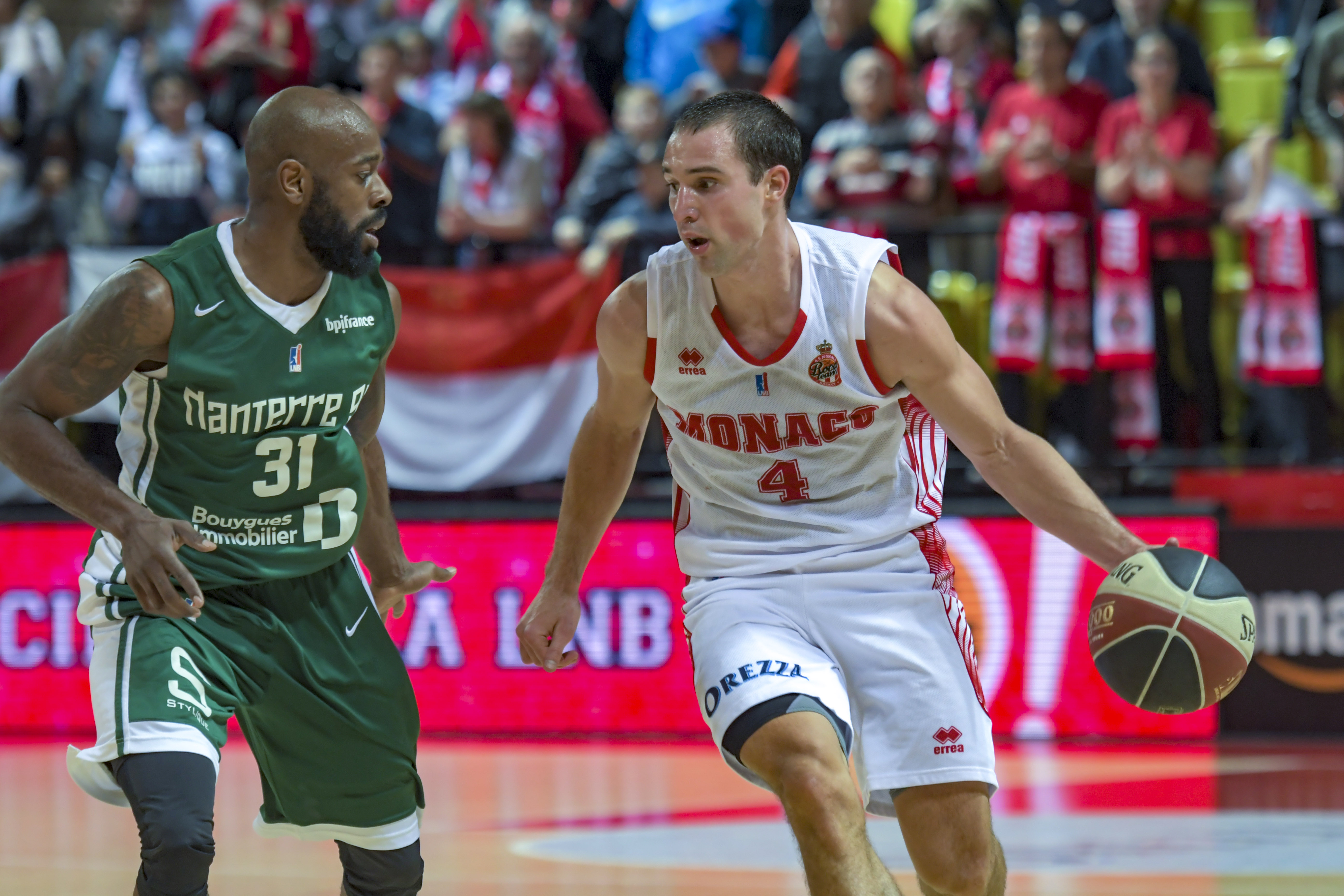 Twice: When it comes to creating an advantage, if at first you don’t succeed, screen twice!

To round out our study of The Four T’s Of International Offense a pair of French professional teams, AS Monaco and ASVEL, will demonstrate the “twice” concept. Twice fits into the rescreen family as it is a second attempt to create an advantage.

In Spread Ball Screen, there will be times when the ball screener and ball handler get the read they want. The on-ball defender goes over the ball screen so the screener rolls. This is the desired outcome.

However, even when the ball screen execution gives the read we want, the ball handler may not be able to get down the lane line to penetrate the defense. Perhaps an effective hedge from the screener’s man gave pause. Or a help defender from outside the ball screen plugs space.

In these instances the “twice” concept can be applied. The first ball screen (once) gave the ball handler and screener what they wanted. For whatever reason the ball handler feels neutralized and does not like his/her drive. Instead of forcing a drive into a crowd, the ball handler “bounces out” their dribble. The roller recognizes the bounce out and runs out to ball screen again (twice).

The bounce out is the critical element. The ball handler must recognize the lack of space available to get down the lane line and pierce the defense. Do not burrow into a crowd! Remain poised and in control.

Bouncing out sends a signal – another screen is needed to create an advantage. In Frame 2, Player 5 sprints up for the run-out ball screen after Player 1 has bounced out their dribble.

The defender guarding the high wing on the double side is able to seal the drive and the defense was not penetrated. The bounce out signals the roller to run out into another ball screen restarting the Monaco attack. The second ball screen (twice) is effective in creating the penetration which leads to the score.

ASVEL provides another example of  “twice” below. ASVEL uses “flip-get” as a spread ball screen entry where the screener sets the ball screen for the player coming out of the dribble handoff. This is the first screen (once).

The high wing defender is able to protect the lane line and keep the defense from being penetrated. The bounce out restarts the attack and the original roller sprints out and screens again (twice). In both of these examples the ball handler is then able to mount their attack into the single side with the greater gap space after the second ball screen.

Not all attempts at creating that penetration moment are successful. Your opponent will fight to stay organized and compress space, often successfully. In the examples above, the first attempts were neutralized. No worries. If at first you don’t succeed, screen twice!

The Four T’s Of International Offense