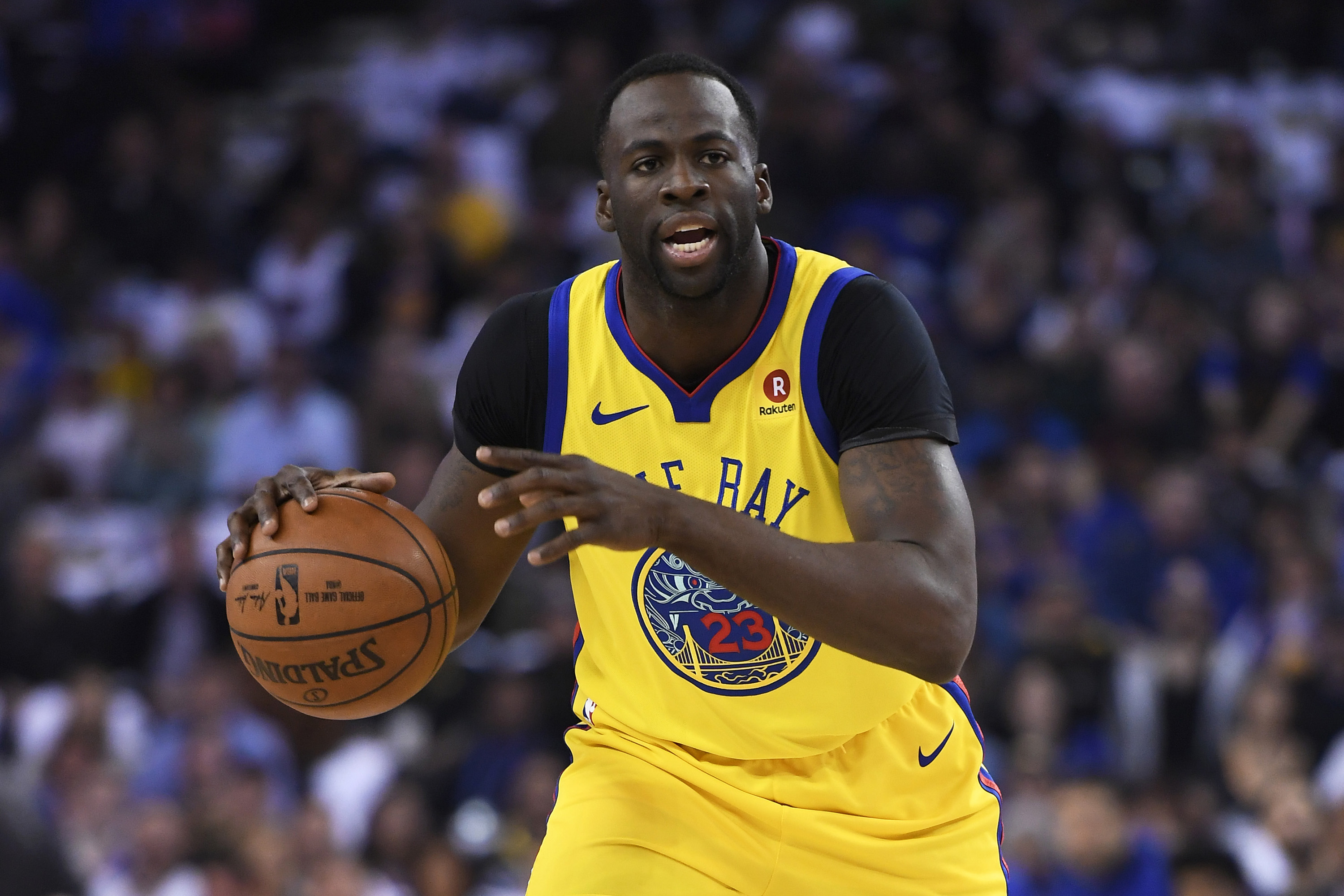 Versatile skills, high awareness and all-out effort make the Warriors’ Draymond Green an impact player on both ends of the floor.

I have written a lot about the 2018 NBA Playoffs here on the FastModel Sports blog. It’s been a lot of fun breaking down things like the Utah Jazz defensive game plan, how Brad Stevens took the Celtics back to basics with a simple spread ball screen offense, Boston’s keys to stopping 76ers superstar Ben Simmons, and a look into Anthony Davis post play.

However, there is one topic I had purposely stayed away from studying until now: the Golden State Warriors. Only because, in all honesty, I don’t think any of us reading this will ever be fortunate enough to coach a team with that much talent!

Although it enters the Western Conference Finals as the 2-seed, the Golden State roster features the second best player in the game in Kevin Durant, arguably the two best shooters in Steph Curry and Klay Thompson, and, in my opinion, one of the highest IQ basketball players in the game: Draymond Green.

This post will not focus on the GSW strategy, but more so how Green impacts the games with his effort, intelligence, and awareness. The following video clips show him doing things that directly leads to baskets that at times don’t show up in the stat sheet. The first video edit is on how Green sparks the Warriors fast break.

Clip 1 – Green normally doesn’t take the ball out of bounds. Here he grabs it and gets it out quick, leading to a dunk.

Clip 2 – Defends and contests shot, as soon as ball is rebounded he sprints ahead of ball, creates an advantage and kicks for open Thompson 3.

Clip 3 – Shows extra effort as he dives on the floor to recover a poor transition pass/catch and even has the presence of mind to tap the ball to Curry.

Clip 4 – Stunts at Rondo to make him give ball up, wedges Davis out, rebounds ball with eyes up, quick outlet.

Clip 5 – Blocks shot, sprints ahead of ball to create advantage, kick for open 3.

Clip 6 – Sprints ahead of ball, creates advantage, passes to open man, his sprint creates mismatch with Davis on Livingston.

Clip 8 – Rebound and quick outlet allows Curry to get step on Holiday.

Clip 11 – Stunts at Green to force quicker shot, then recovers to box out Gasol, tips ball to teammate for quick transition.

Clip 12 – Stays connected to Iggy’s defender in Mills. Spurs believe Mills is defending Green because he is right next to him, then Green releases Mills to defend Iggy and is wide open.

Clip 13 – Rotates across entire lane to box out rolling Aldridge. Allows team to get rebound and get out in transition.

The next thing Green does an incredible job of is his relentless effort on the glass – both defensively and offensively.  He doesn’t always get the rebound, but he tips it out to his teammates so they can get another shot on the offensive end, or will tip it to teammates to start the transition break quicker on the defensive end.

Green always knows his surroundings which allows him to set screens for his teammates in the flow of the game, freeing guys up for wide open shots. His awareness and IQ allows him to make these reads and either create open shots or eliminate help defense.

Clip 3 – Post split screen to get Curry out of way. Then quick re-entry so Durant can play 1-on-1.

Clip 4 – Wedges Davis out so he can’t come help on Durant.

Clip 7 – Gets step on Gay, then seals him when he sees Thompson driving to eliminate help side defense.

Along with off-ball screens, Green is very smart with how he sets on-ball screens as well.

Clip 1 – Feels the on-ball pressure, turns around and sets ball screen for Curry which creates a switch in space for an easy layup.

Clip 2 – Curry in transition, he slides up to set ball screen. Creates mismatches all over the floor.

Clip 3 – Enters ball to Durant, then pushes his man down to essentially set a double screen for KD.

Clip 4 – Holds his screen longer to drag his defender out. Allows easy throw back and score.

Clip 7 – Holds screen, but when he realizes he didn’t get switch he wanted on throw back, he immediately executes DHO to get mismatch switch of Aldridge on Durant.

Clip 8 – Transition ball screen gets switch, then seals smaller defender on back for easy score.

Green moves without the ball so well to create open opportunities for himself and his teammates.

Clip 1 – Thompson dribbles his way, he sees his defender lose sight of him, cuts right behind his head to rim.

Clip 2 – Dives to rim when his defender goes to close gap on Durant. Was open on cut, then seals man for offensive rebounding on shot.

Clip 3 – Cuts to front of rim, on cut realizes Durant is driving so he buries the would be helper in Danny Green.

Clip 4 – Slips a non-existent screen to create switch then seals and drives defender to front of rim for basket.

With his awareness Green is always in the right spot on the defensive end to cover his man and provide help on others. Here he’s involved in creating steals and starting the transition break.

Clip 1 – Steps up to play the ball and his man. Gets a deflection then taps ball to teammate to start break.

Clip 2 – Forces Davis to baseline, keeps him pinned to the boundary, forces turnover.

Clip 3 – Plays ball in pick and roll, then tracks back to create deflection on lob. Quick outlet to start fast break.

Clip 4 – Instead of grabbing the loose ball, he tips it to Thompson to start the fast break.

Clip 5 – Stays with Gasol before sending West back to him and returning to the ball. Knows ball will be thrown high, deflects it, then sprints floor.

Clip 6 – Deflects ball with top hand. This is the best way to get deflections on passes like this. If he goes for ball with his other hand, Davis grabs it and he can’t get it at its highest point. Think of this concept from a soccer goalkeeper’s point of view – they save shots going with the top hand as it allows them to meet the ball sooner by cutting the angle down.

All in all, numerous examples of how Draymond Green does little things that make a huge impact on the Warriors achieve success. In these clips he rarely scores the ball, yet impacts the game and creates baskets for his teammates by doing what seem like the little things but are actually winning plays. With his awareness and basketball IQ, he has been Golden State’s X-Factor the past few seasons, helping them earn two world championships – and possibly a third.

Check out the FMS PlayBank for diagrams of GSW offensive sets you can add to your FastDraw library.