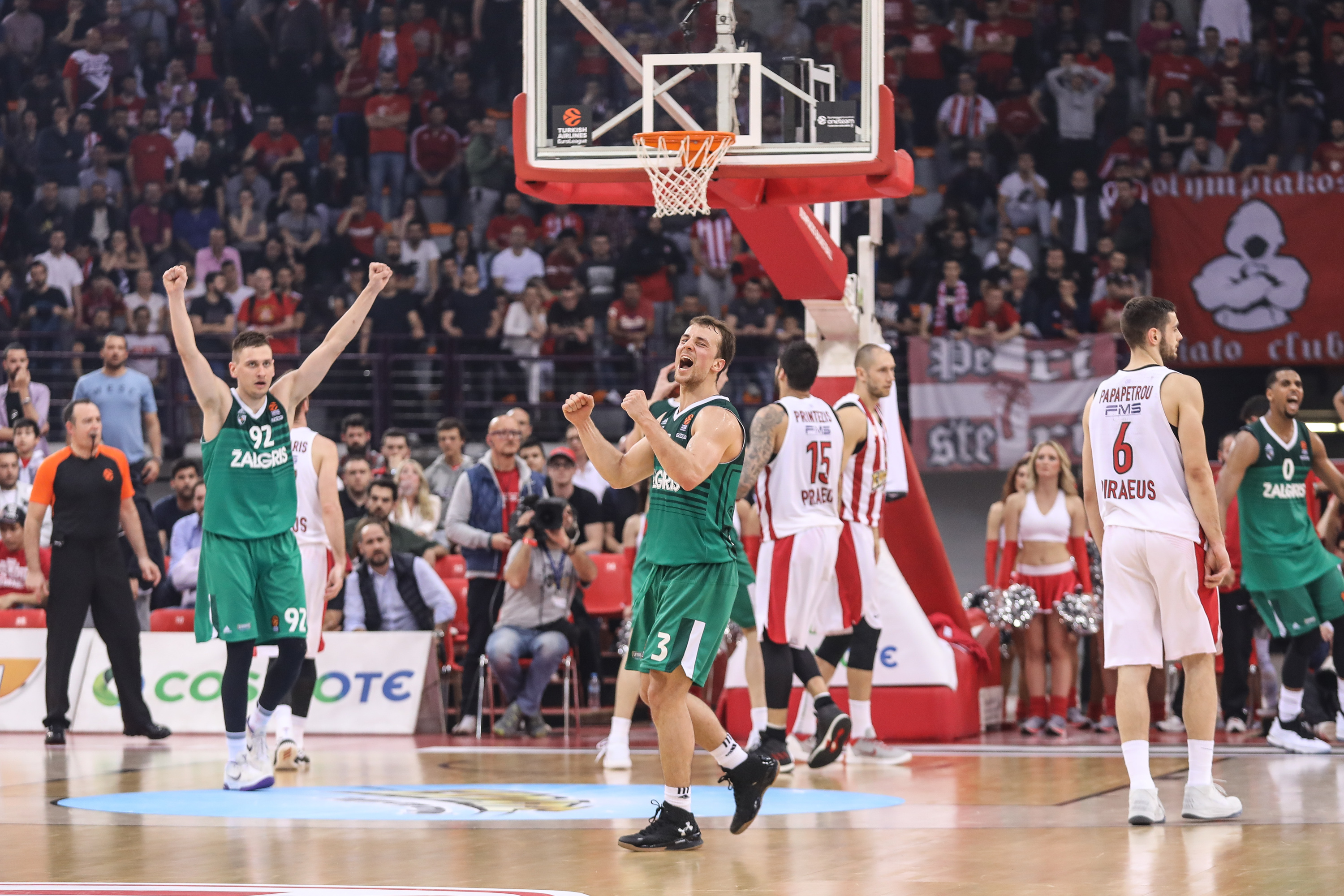 This is Part 4 and the final installment of our Zalgiris Kaunas series, covering ATO and EOG sets. Read Part 1 on Horns Series, Part 2 on Iverson Series and Part 3 on Spain PNR Series.

In this ATO, Zalgiris Kaunas places its best shooter (2) as a decoy who ends up being a screener. In this diamond alignment, 2 cuts to catch on the wing and immediately passes back to 1. Then 2 cuts underneath the basket like he is coming off a pin down from 4 for a jumper, causing x4 to overplay and get ready to help. But 2 stops and sets a back screen for 4 to receive the open lob at the rim.

Hammer screens are a common tactic for Zalgiris in End of Game situations. This action starts from diamond entry and ends with 1-5 middle ball screen. This causes x4 to help on 5 rolling to the basket, so if 4 sets a good hammer screen for 2, he should be open in the corner for 3pt shot. Zalgiris uses the hammer screen in several plays and actions to a high degree of success. This action also works well in early offense to find a quick shot. This is a very effective ATO for Zalgiris. After 2 clears 4’s screen, 4 immediately flashes to the 3pt line for catch from 1. If x2 goes over 5’s screen (trailing in order to note give up 3pt shot), 2 will be open on the curl for an easy layup.