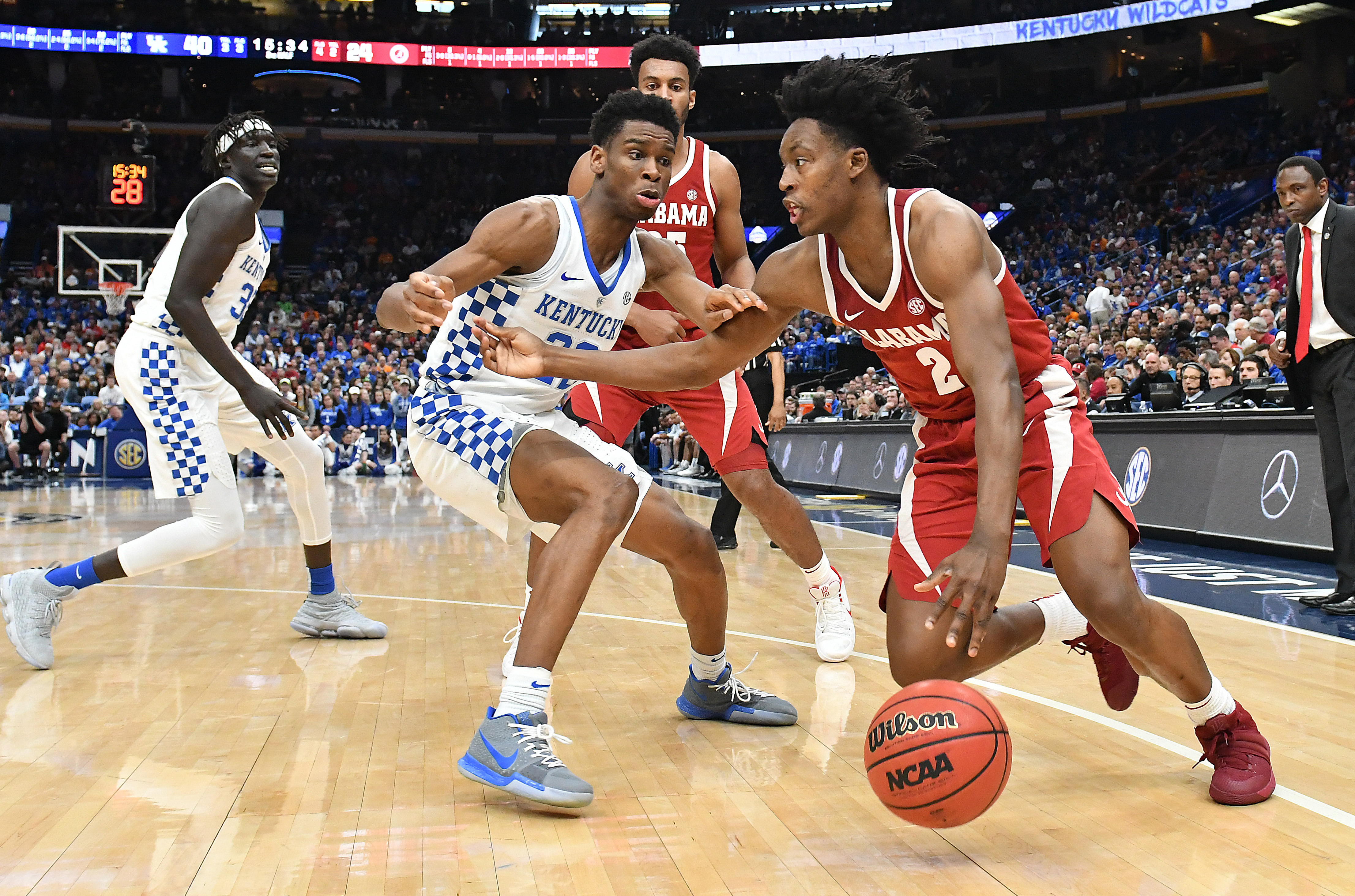 Using dual action on the swing pass adds ball and player circulation to early offense as well as setting up the spread ball screen.

Using a variety of spread ball screen entries from the break will increase ball circulation and player circulation thus increasing defensive decisions for the opponent. The entries also create different ball screen combinations while bringing multiple defenders into the action.

These three “dual action” early offense options feature ball movement, player movement and the signature penetration action (the spread ball screen) all while maintaining the desired spacing. Each of them are triggered by a swing pass from the player leading the break to the center trailer.

The first step in the transition to offense moment is to create the conditions needed for scoring by getting width then depth. In Frame 1 below the offense uses their direction and movement to create the structure for the offensive attack. The wings fill the deep corners at rim depth, the ball handler and forward fill the alleys and the center trailer fills the middle third. Player 1 initiates ball circulation with the swing pass to the center trailer.

Click on diagrams to add them to your FastDraw Library! The dual action in Swing Exchange is a simple exchange (Frame 2). On airtime of the pass from Player 1 to Player 5 both sides execute an exchange. The player movement is sequenced with the ball movement.

In Frame 3, Player 5 may hit either player rising from the corners to the high wing area. Frame 4 assumes Player 5 has reversed to Player 3. Player 5 chases their pass into the ball screen for Player 3 who cuts right into a catch and dribble start. The transition to offense, the ball circulation and player circulation all led to the penetration moment while maintaining the familiar structure and positioning.

In all three of these early offense options the transition movement and direction is the same – width then depth to create the spacing conditions needed to score. They differ by changing the dual actions on the centering pass to the trailer.

In Swing Cross the high wings cross and the corner players blast cut to the high wing on airtime of the pass to Player 5 (Frames 1 & 2). Player 5 may pass to either side. Frame 4 assumes Player 5 has reversed to Player 3. Player 5 chases their pass into the ball screen for Player 3 who cuts right into a catch and dribble start. The player circulation changed the help defenders and moved offensive players into new positions while ultimately arriving in the familiar spread ball screen alignment.

The dual action in Swing Down sequences a pair of down screens with the swing pass to the center trailer. The objective is to disadvantage the defenders who will potentially be involved in the ball screen. The defenders will have to defend an off-ball screen followed by a ball screen. On airtime of the swing pass in transition to center trailer, the high wings set down screens for the players in the corners (Frame 2 above). Again, Player 5 may pass to either cutter.

Frame 4 assumes Player 5 has reversed to Player 3. Player 5 chases their pass into the ball screen for Player 3 who cuts right into a catch and dribble start. The hope is the down screen will enhance the ball screen and make the penetration moment more effective.

These three options off the swing pass could be viewed as elementary false movement proceeding the desired structure and action to create an advantage from. The width and depth of the transition followed by the ball and player movement can in a way disguise the real advantage creator – the ball screen.

Involving multiple players in the ball screen also brings multiple defenders into the action perhaps revealing a favorable combination and a weak defender. The dual action series from the swing pass can be used to add a touch of variety to the basic drag screen attack.