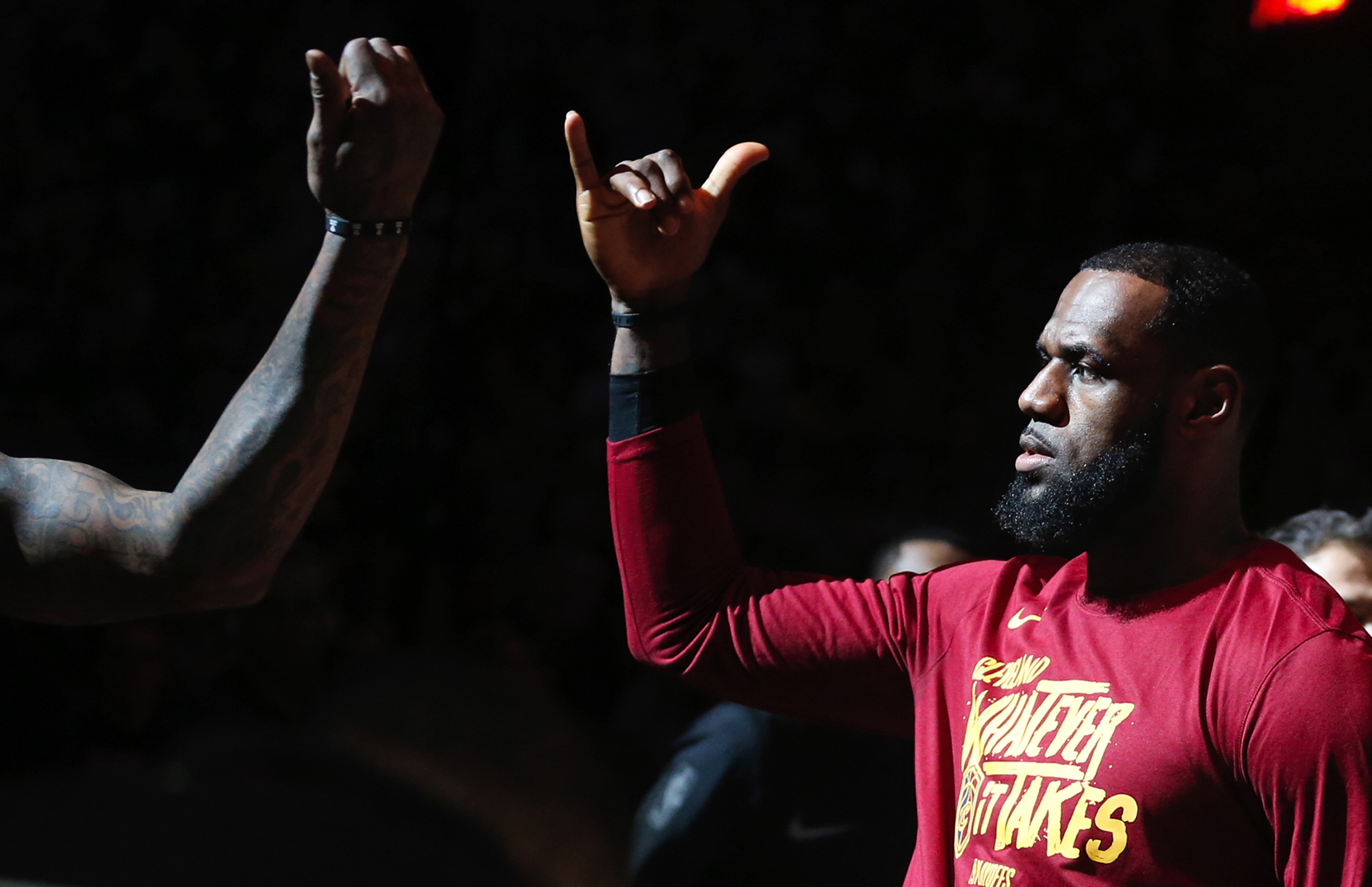 LeBron James has led the Cleveland Cavaliers to a 4th consecutive NBA Finals appearance, and the offense flows through him every possession.

There were many times throughout the 2017-18 NBA season where it looked like this could be the year for a new Eastern Conference representative in the Finals. However, the Cleveland Cavaliers were able to make their fourth straight trip for many reasons, but the most undeniable one is that they have the best player in the conference in LeBron James. Cleveland relies on him for so much and he has come through for them time and time again, averaging 34 points, 9.2 rebounds and 8.8 assists. This post examines how the Cavs offense utilizes James to create scoring opportunities for himself and his teammates.

Click on a play to download it to your FastDraw library. Read our preview of Golden State here.

James is a difficult cover for any team even if they get their best defender on him. Cleveland uses ball screens with him as the primary ball handler to get their opponent’s best defender off of him and allow him to attack against a post player. The pindown screen for 1 and the pass back to James (3) sets 1 up for the flare screen. x5 has to stay back on the flare screen from 5 to protect against a layup from 1. This puts x5 in a drop coverage where he has to contain the ball as James come off the ball screen from 5. 5 rolls to the basket to look for the layup as 4 and 2 provide spacing on the weak side.

Cleveland will frequently try to get James in mismatch situations where he can post up against a smaller defender. By having James set the ball screen on a smaller defender, the defense usually has to switch or he will just roll to the basket for any easy layup. When the Cavs get the switch, they try to get the ball to him in the mid-post area and allow him to back his man down on his way to the basket. If the defense helps, James makes the read and passes to the open man.

Cleveland runs this play to create a close out situation for Love (4) where he has the option to shoot the three or attack the basket. Once the ball is entered to the wing Cleveland reverses the ball to LeBron James (3) so he can make the decision to pass to Love or create for himself. Once the ball is reversed, 5 cuts to the left side of the lane. This puts him in weak side rebounding position in case Love shoots the three. 2 sets the pindown screen for 4 so if the defenders switch Love will have a smaller defender to shoot over. If the defense doesn’t switch the screen, Love can attack the closeout against a post player and get to the basket.

Cleveland frequently runs this play to get an three-point shot for Smith (2) off of a stagger screen. It is a difficult action for Smith’s defender to guard, since he has to navigate his way around 3 screens. This play also puts the ball in James’ hands so he can make the read on how to get the ball to Smith.

The opposing defense usually won’t give Korver an inch as he is shooting 44% from three for the playoffs. Korver is a great shooter on the move, so Cleveland uses multiple screens to free him up for an open shot. In this action, the Cavs again give the ball to James so he can make the final decision to either get the ball to Korver if he is open or create something else if he is not.

Keep an eye out for these sets during the Finals as they are crucial to getting role players involved to take the burden off of James having to create offense on his own every possession, not to mention keep up with the high powered Warriors. The offense will continue to flow through James, and he will no doubt need help if the Cleveland Cavaliers are to take home the Larry O’Brien trophy for the second time in four years.

Follow Matt on Twitter and check out all of his submitted sets at his FMS PlayBank profile.

April 29, 2018 – Cleveland, OH, USA – Cleveland Cavaliers forward LeBron James does a handshake with teammate J.R. Smith before the start of Game 7 against the Indiana Pacers during the Eastern Conference First Round series on Sunday, April 29, 2018 at Quicken Loans Arena in Cleveland, Ohio. The Cavs won the game, 105-101. (Credit Image: © Leah Klafczynski/TNS via ZUMA Wire)
Sharing
Authors