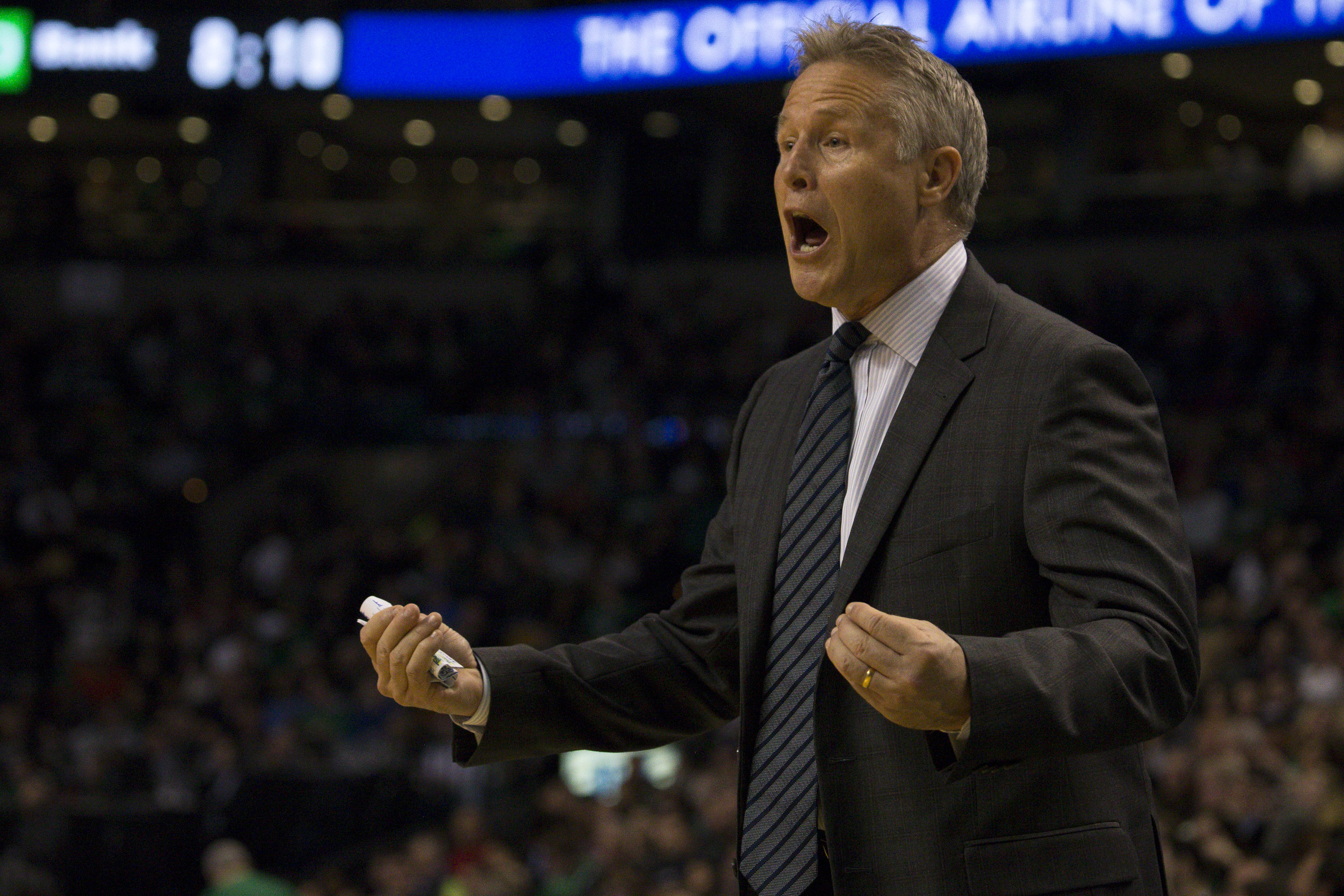 The Passes Per Game statistic has been espoused by prominent coaches of late, but is it a worthwhile indicator?

The Philadelphia 76ers had a breakout season. A healthy Joel Embiid and the addition of Ben Simmons helped the famed “Process” take a huge step towards fulfillment. The Sixers made the playoffs, won a series and the future is bright.

Philadelphia Head Coach Brett Brown is noted for saying “the pass is king” when describing the unselfish style he wants to be the trademark of his team. An unselfish team who shares the ball is fun to play for and it keeps players involved in the game. The ball moves until it find the best shot.

Whether Brown started it or not, there has been a rise in the number of coaches lauding the statistic passes per game. Prominent coaches such as Steve Kerr and Brad Stevens have mention passes per game as well.

This begs the question, does passes per game matter? Does the stat correlate to winning and losing? Could it lead to losing sight of the main thing? Is the statistic being misinterpreted? Brown and his 76ers lead the NBA with 343.9 passes per game. In the graphic above you see teams ranked by passes per game. Philadelphia sits atop this list and they enjoyed a winning season. But the Atlanta Hawks and the Brooklyn Nets were second and third. Why did a high number of passes per game not work for those teams?

Other good teams such as Western Conference champ Golden State and the upstart Utah Jazz rank highly in passes per game, but they are surrounded in the table above by the likes of the Memphis Grizzlies, Sacramento Kings and New York Knicks.

Further, look at the bottom of the list. The last four teams are all playoff teams including the team with the most regular season wins (Houston) and Eastern Conference champs (Cleveland). Of course, the singular talents on these teams impact the passing totals, but that is the point – there is no one path to victory and if there is it does not seem to be an arbitrary number of passes per game. In his book Game Changer, sport-scientist and researcher Fergus Connolly details the Game Model and breaks down the game into four “macro moments” of play in all invasion games such as basketball, soccer, lacrosse. These moments are offense, transition defense, defense and transition offense. At any given point in the game a team is in one of these moments.

Connolly also writes that an offensive possession has three micro moments – construction, penetration and execution. So in the beginning of the possession the offense constructs the alignment they want to attack from. Doing so may require passing and cutting to construct the offensive framework or the team may just flow to those spots from transition. The offense is creating the spacing and conditions that facilitate scoring. This phase may take mere seconds and its duration can be minimized further by connecting transition offense directly to the halfcourt attack.

Next, the offense penetrates. The penetration may come in the form of a drive to the basket, an action such as a ball screen or dribble handoff or a pass into the interior of the defense. In the penetration moment the defense collapses and becomes disorganized. What coaches often view as ill-advised shots are shots attempted over an organized defense. In other words, the defense was never penetrated, collapsed or disorganized.

After penetration, it is time to execute. Score via the penetration or execute by passing to an open player who is open as a result of the help on the penetration. That player then executes by using the advantage (shooting or driving closeout or perhaps passing the ball along to a player with a bigger advantage).

In the video below the Houston Rockets make five passes before they score but they follow the above script.

Houston would have been happy to shoot after the first pass but no space (or time) was available. That it took five passes to score is a credit to the Warriors rotations and multiple efforts. It was not an attempt to accumulate passes by the Rockets.

What is a good number of passes? The amount it takes to score. If the offense naturally constructs, penetrates early and can execute by finding an open player who scores then the passing number may be low and the efficiency high. If the offense made an outlet pass, a pitch ahead to the rim runner who dunks it that is an efficient shot in two passes. Who wouldn’t want that?

An offense may make an outlet pass, run with good lane integrity in transition leading to favorable offensive construction, then set a drag ball screen resulting in penetration for the ball handler. The penetration draws help. The ball handler kicks out for an open three. That is three passes and an open efficient shot.

By constructing immediately, penetrating quickly and executing behind the penetration you may score with minimal passes. The defense may force you into multiple passes in the execution moment by giving great recovery efforts, but that is to their credit. You had to pass.

A coach could applaud and ask for multiple passes before the penetration moment, but why? Those passes likely do little to disorganize or collapse the defense. In a sense these passes serve to inflate the passes per game stat. If the passing is needed to set the stage for the penetration, the passes do not in and of themselves have anything directly to do with scoring.

Think of the Virginia Cavaliers from college basketball. Their vaunted Pack Line defense is willing to let your offense pass East and West ad nauseam. An offense can accumulate tons of passes per game and multiple ball reversals against their defense. They do not mind at all, yet they are a national power and a top-ranked defense. Why? Because they make the penetration moment difficult to attain. With a dwindling shot clock on their side, a series of side-to-side passes followed by a shot over their defense is exactly what they are hoping to see. Their opponents passes per game are likely quite high, but the passes are largely fruitless.

Pre-penetration passes may move defenders up and down and from ballside to helpside, but do they disorganize the defense? Do they cause collapse? Do they create space and time for offensive players? If you want to show up and collect a high number of passes in a game many defenses will gladly allow you to do just that.

This is not an anti-pass essay. Nothing about this essay should be read as being anti-pass. That sounds like being anti-vacation or anti-ice cream! Passing is at the heart of a team game. It is an essay on context and relevance. Put the passes in context and within a well-designed system with skilled players many passes may not be necessary. One timely and accurate pass to an open teammate can do the work of numerous harmless dinks around the perimeter. Given the context, a big total of passes in a game is not necessarily relevant to winning and the Commander’s Intent of offense.

The concern for misinterpretation is there, but the full context of Brown’s comments lead one to believe the spirit of the message is find the open teammate, pass when you do not have a good shot to a teammate with a bigger advantage. Brown is not trying to accumulate high number of meaningless passes. His hope is his players will share the ball. Let the ball do the work after the advantage is created. Trust your teammates as you move it along and do not take a contested shot when and uncontested one is available.

This can been seen when the Sixers are playing at their best. After the defense has been collapsed, the ball moves until it finds the player with an easy shot. That may take an extra pass or more and it likely will against a quality defense who is giving multiple efforts to reorganize. This is the spirit of the comment. The pass that leads to the easy shot is king.

Thanks to John Leonzo for the Houston Rockets video

Thanks to Jyusef Larry for the tables, charts and statistical research