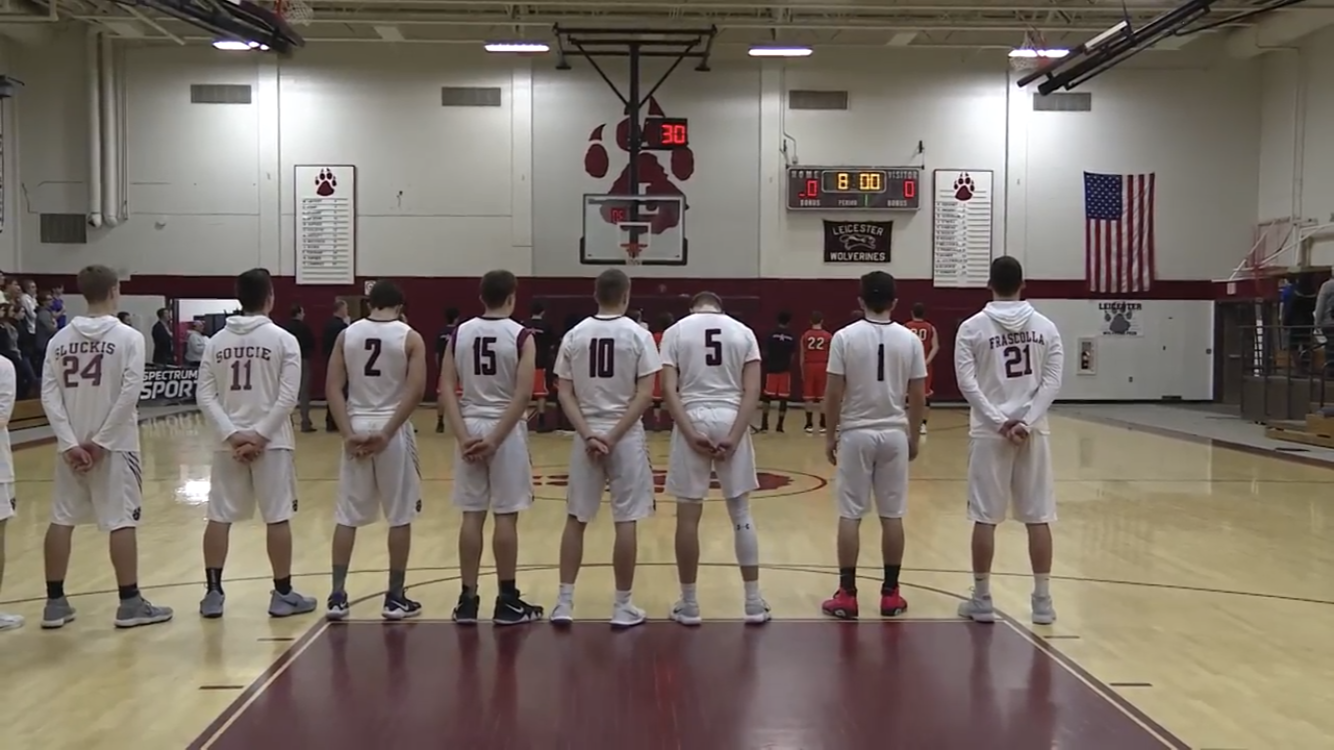 The Leicester Wolverines (MA) are having success under head coach Michael Lynch, who runs his program under three key pillars – and FastDraw.

This spotlight was written by Michael Lynch for FastModel Sports.

Leicester High School is a small school of about 400-450 students that competes in the Southern Worcester County League (SWCL) in Central Massachusetts. Two of our goals never change from year to year; 1) Qualify for the Division III District Tournament and 2) Be selected to compete in the prestigious Clark Tournament, a postseason event that has over 75 years of history. When I was hired, Leicester had not qualified for the postseason in five years and was having a difficult time competing with the best teams in our league. It took patience and some incredibly hard work from coaches and players, but we have now qualified for these tournaments in three out of the last four seasons.

In 2016-17, we finished with a 13-6 in the regular season record, qualifying for both postseason tournaments and winning a home playoff game for the first time in 13 seasons. This past season we finished 12-7, once again qualifying for the postseason and giving our program its first back to back winning seasons in 14 years. I’m extremely proud of what were able to accomplish this season given that we had graduated six seniors (including our 1,200 point scorer Matt Morrow), and then suffered a rash of injuries that included a season ending one to our leading scorer/rebounder half way through the year. Despite those obstacles, we managed to win six straight games and had different guys step up every night. I believe that this is a positive sign about the depth in our program and the standards that our guys have set for themselves. During the 2016 NCAA Tournament I started following @FastModel and @RadiusAthletics on Twitter. Shortly after this event, I Joined Radius Athletics’ RAMP Program as a Gold level member, which has had an enormous impact on my thought process as a coach. One of the first talks we had together centered on “Program Pillars” – things that defined a program’s style of play. These should be things that are known by the players, consistently emphasized by the coach, and are recognizable to the average fan.

When our staff is planning for practice the pillars are at the center of our thought process. If the particular drill does not feed one of our three pillars, we cut it. Nearly every single part of practice design is geared toward improving one of these three pillars. The Radius Athletics RAMP Program talks a lot about figuring out what you want to “Go Big On,” and establishing these pillars has allowed that vision to form.

Aside from the exercise in establishing pillars, I believe the process of designing a seamless offensive approach has been the most integral part of our recent success. We’ve made a conscious effort to eliminate the amount of “set it up” style possessions we have during the course of the game. Our goal is to hunt for an advantage as early in the possession as possible, and if that does not occur in transition then we want to flow seamlessly into half court offense.

As a coach, this has been beneficial in eliminating the time I would spend calling plays and micromanaging the game offensively. Now I can spend time simply helping players read defenses and coverages. The players play more freely by simply correcting their spacing and reacting to what the defense gives them. Not only does this “seamless approach” fit our FLOW pillar, but I believe it fits our ATTACK pillar as well. Our players are not simply passing the ball around to predetermined locations, but are actively hunting offensive opportunities for the entire possession. Another key component in our recent success has been the use of technology. I have used the FastDraw program for the past two seasons to put our offensive philosophy on “paper.” Players and coaches have a visual aid to reinforce learning the actions, spacing and principles we emphasize. Using FastDraw, I have been able to put together core practice drills for our program that can be easily accessed by our sub-varsity coaches through features like FastTrade and PDF exporting. We have used the combination of Hudl video footage alongside the FastDraw diagrams to give our players a vision of what our reads and principles look like.

2.0 Trips – This is a core transition drill for us in which we are driving home our transition principles, progression and then working into live play. Our simple transition progression for the outlet man is: 1) pitch ahead, 2) cross the rim line and attack, and 3) flip to a trailer. If none of those three result in an offensive advantage, then we are simply flowing into our half court offense. This is a drill that I believe focuses on all three of our pillars, which is excellent. Click the diagram to download to your own FastDraw library! Rip – This is a play we used last season in order to loosen up pressure defenses. When teams would deny or face guard one of our “attackers,” we would use this as a counter. The play uses a 5/4 back screen to get a perimeter player diving to the rim. A highly effective play that even the NBA Champion Golden State Warriors use, it flows nicely from our 4 Out alignment. Click the diagram to download to your own FastDraw library!

For more on the Leicester Wolverines, follow Coach Lynch on Twitter @LeicBasketball. You can also view his submitted sets and drills via his profile on the FMS PlayBank.

Related content: Scouting Tips from the NBA for HS Coaches | The Ultimate Guide to Practice