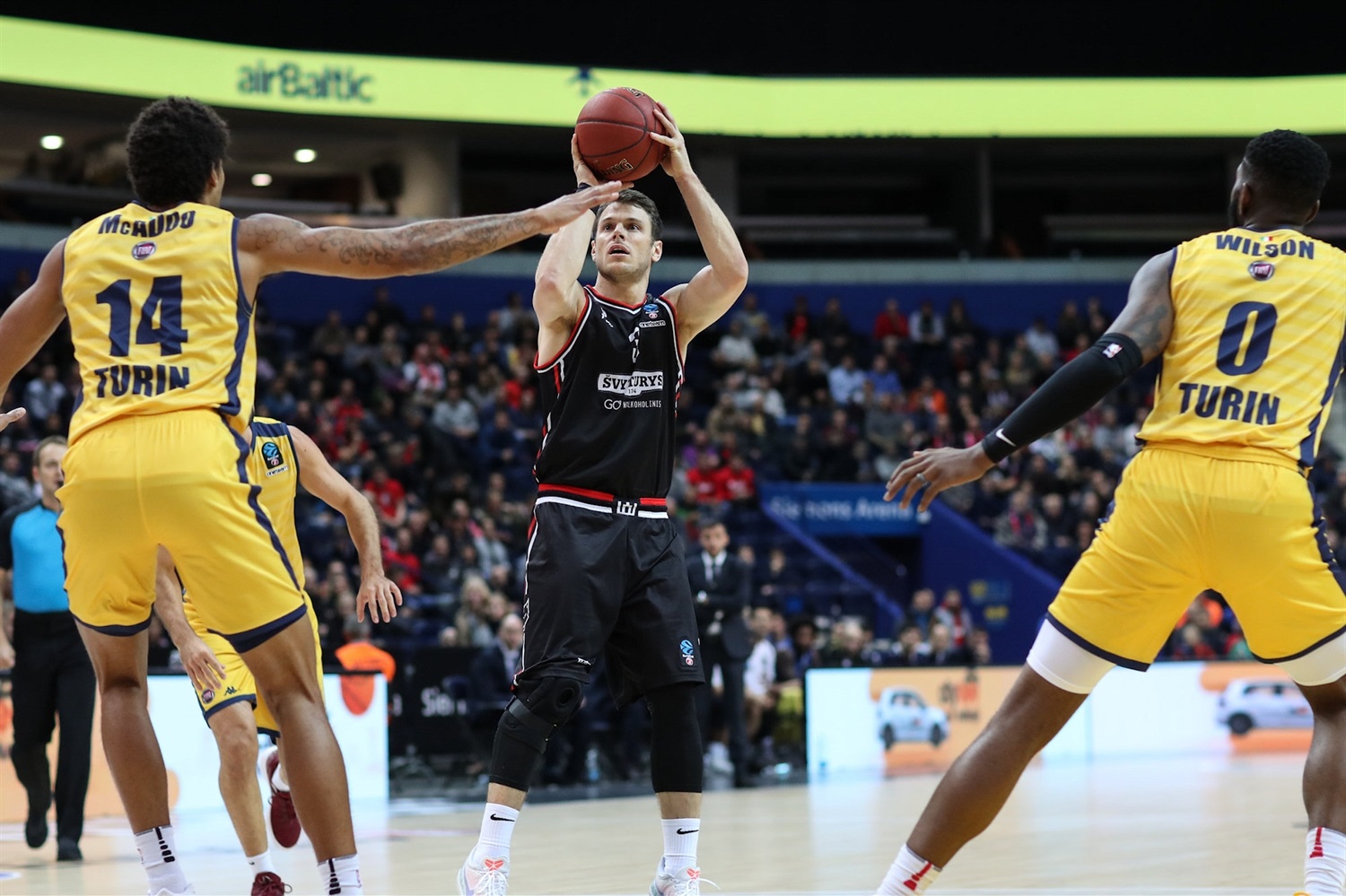 Several teams at the EuroCup have new leaders, but as always, each coach provided some quality XsOs for us to learn from.

EuroCup is the second best competition in Europe. Twenty-four elite European clubs face each other,  each looking for a trophy and cherished place in the EuroLeague, as the winner earns a spot for next season. There are always several new coaches each season hoping to prove their abilities. In this post I will focus on some interesting sets from these head coaches who changed their teams over the offseason. Everyone has different story, but what really unites them is their competitive desire for winning, and running excellent XsOs!

Dainius Adomaitis is one of the best Lithuanian coaches, a country that produces many talented coaches. Led by him, the Lithuanian National Team has already booked a ticket to the FIBA World Cup 2019 in China. Now he starts a new campaign in EuroCup as a Head Coach of Lietuvos Rytas. Here is a great set to play against a hedging defense.

Making his debut in EuroCup this season is coach Zvezdan Mitrovic. He was the top coach of French LNB League and reached the final game of Champions league as a Head Coach of AC Monaco last year. This EuroCup campaign is a new challenge for coach Mitrovic. This set is really hard to defend, because x2 has to defend three screens in a row for 2.

Milan Tomic maybe was the most experienced assistant coach in Europe. He was an Assistant Coach of Olympiacos Piraeus for 10 straight seasons. He’s worked with really great coaches: Dusan Ivcovic, Georgios Bartzokas, Giannis Sfairopoulos, among others. It will be a first season for him as a head coach in his life. Here is a set starting with Iverson entry, then flows into coming off situation for a shooting guard.

Ibon Navarro is one of the most talented Spanish coaches, and personally one of my favourite coaches in Europe. His sets are really creative and effective, and will probably help his team reach high goals in this season. Here is  an ATO set, when false motion with Invert Stagger leads to an open corner 3pt look.

It is very hard to name an NBA Champion, Olympic Games gold medalist, and one of the greatest coaches of all time a “newcomer,” but that’s what Larry Brown is to the EuroCup. It’s the first international coaching experience for him, which proves one more time, that he is still hungry and ready for a new challenge. The man surely has a library of unlimited plays. This  SLOB is simple yet effective.