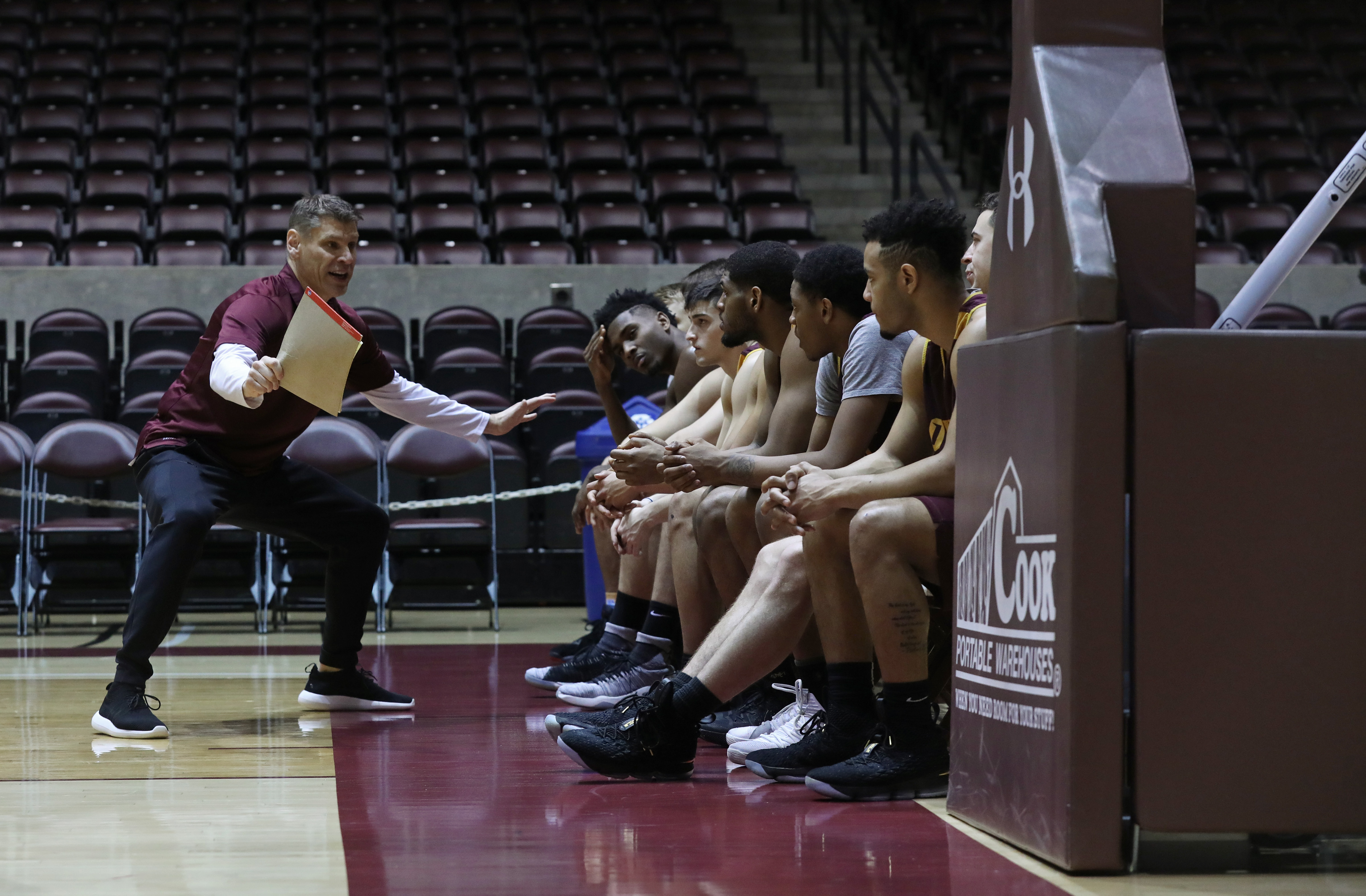 Ideas, drills and an overall plan for developing good communication habits on the defensive end of the court.

*This is Part 2 of a 3-part series. Check out Part 1 on Why Team Communication is Important, and Part 3 on Offensive Communication.

When discussing communication in basketball, most coaches immediately focus on the defensive side of the ball. The reason for this is there are great benefits from communication on that end of the floor. Through scouting and game planning, the defense may have a good idea of what the offense is going to do, but throughout the game it will have to make instant adjustments based on player and ball movement that it’s unable to predetermine. Good team communication takes the defense from reacting to the offense, to anticipating what comes next. By its nature, reacting has a delay. Anticipating minimizes this delay and allows the defense to get a head start at getting a stop.

This competitive defensive drill focuses on closeouts, sprinting to help and stunting at the ball. The communication focus is on calling the ball and identifying positioning. Require the defenders to say “I Got Ball” on the closeouts and “Help” when they are in help. The defense must defend and communicate four passes perfectly then they can play live 2 on 2. On the first two passes the defenders sprint to help/closeout. On the third and fourth pass the defenders stunt at the ball as it is driven at them, then sprint to closeout/help.

Use defense scoring in this drill. If the defense gets a stop they get a point and they stay on defense against the next team. If the defense doesn’t communicate, sprint to help, close out correctly or they get scored on they immediately lose and go to the end of the line and the offensive team goes to defense.

Use this drill to work on defending scramble situations when the defense is temporarily outnumbered. Once the ball is entered the drill is live and the offense tries to score 4 on 3. The 4th defender can enter play after 7 seconds OR after a shot is taken. The three initial defenders will not have a match-up, but whoever is closest to the ball must pick it up as they buy time for the 4th defender to get on the floor.

To add a communication component to the drill require defenders to say “I Got Ball” when they closeout on the ball so they don’t accidentally get two defenders on the ball. If a defender is in a situation where they are guarding two people, have them say ” I Got Two.” The 4th player enters the floor going furthest from the ball. They must communicate who they are guarding and tell their teammates where to match-up so they can get out of the scramble situation.

This continuous 3 on 3 drill teaches the defense to defend the flex action using different roles with different communication responsibilities. The drill will will be repeated three times so each defensive player has an opportunity to practice each part.

Defensive possessions can be difficult to control as a coach. Coaches can’t make every decision for their players on the floor. This is why teaching good habits and concepts empowers the team to make good decisions on defense. When players are better decision makers, they have the ability to adjust to multiple situations as they happen on the floor, thus becoming better overall players.

In the following post we will look at some drills and concepts you can use to build a communication system for your team on the offensive side of the floor.