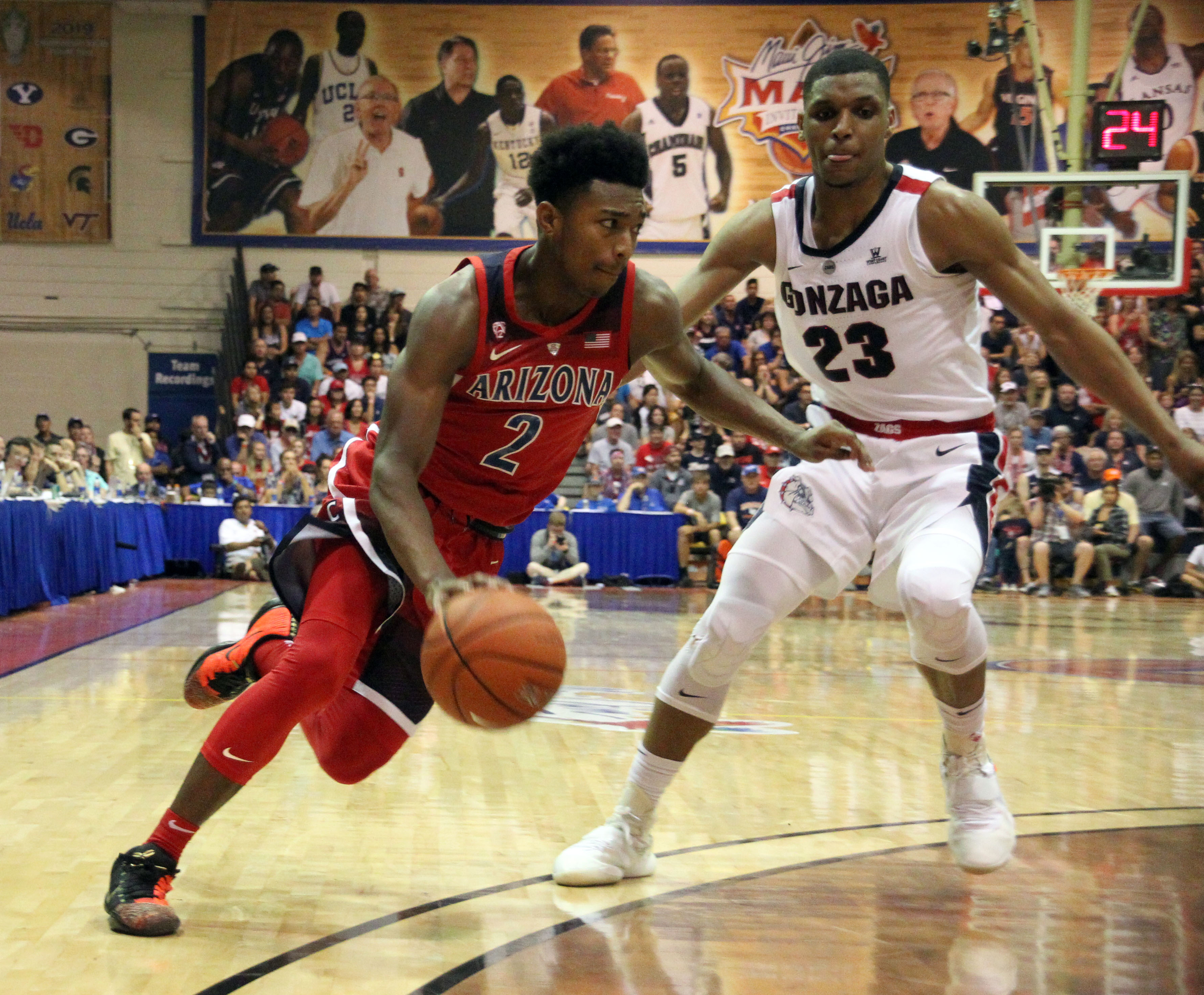 Beaches and basketball – the Maui Invitational has them both! Coach Dave Nedbalek shares the best sets he saw.

One of college basketball’s premier tournaments, the Maui Invitational always provides quality entertainment as top teams face off early in the season. I enjoy seeing teams that would not match-up otherwise, as it pits different styles against each other on quick scouting turnarounds. Also, at the beginning of the season where teams are still figuring out their identities, which also is fun to watch come together, and then see how they are the same or different come March.

The 2018 edition was no different with quality entertainment plus XsOs! Here are my top 10 plays from the event.

Click on a diagram to head to its PlayBank page where you can read full frame descriptions and download plays to your FastDraw library. For more Gonzaga plays, hit up FMS contributor Jordan Petersen’s PlayBank page as he was locked into the Bulldogs championship game vs Duke.