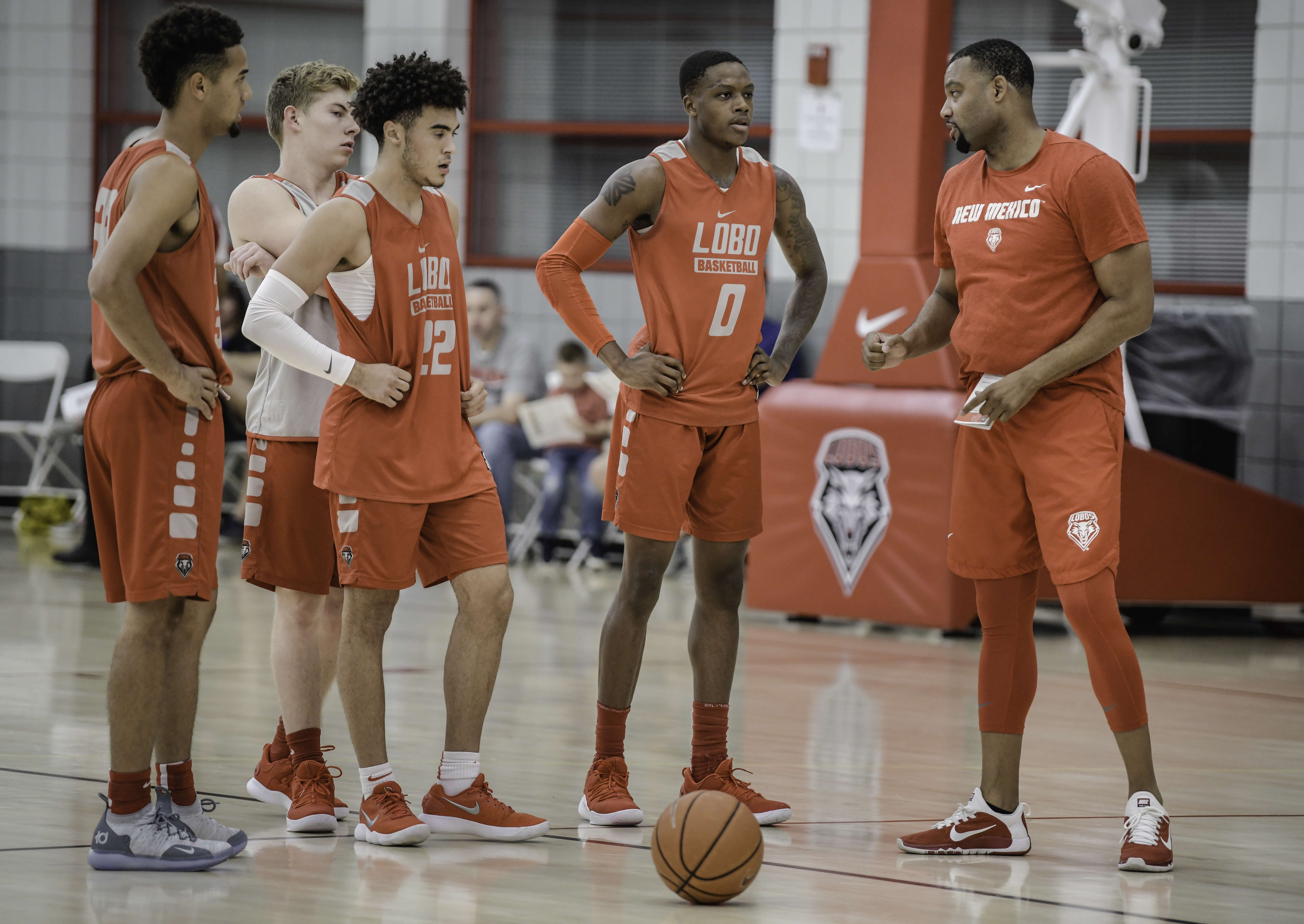 The benefits of better offensive communication, along with role responsibilities, practice ideas and drills to improve this area.

Although the defensive side of the floor usually gets most of the focus when it comes to communication, improving those habits on offense can be just as beneficial. Communication is providing valuable information to your teammates that can be beneficial to them. When teams don’t communicate on offense, they are restricting that flow of information and just hoping their teammates figure it out. The best offensive teams play as one unit and good communication is the glue that helps them stick together.

This competitive team drill focuses on ball toughness, passing, screening and communication. The goal is to be the first team to successfully complete 50 passes without getting the ball deflected while having the passer say the name of the person they are passing to. Eliminating dribbles after the first pass increases the pressure that the defense can put on the offense, making it more difficult to complete the passes. Requiring the passer to say the name of the receiver helps to build good communication habits while under duress.

Multiple skills are incorporated in one setting during this drill: closeouts, footwork, attacking the paint, passing and communication. 1 starts by passing to the 2 and finishing with a close out repetition. The three perimeter players (2,3 & 4) have their knees bent and hands up ready to step into the pass, working on their shot preparation footwork. 2 focuses on getting two feet in the paint on the drive before passing to 3. As the ball is in the air to 3, 4 is saying “One More,” which signals 3 to immediately swing the ball to 4 upon receiving it. The communication focus of this drill is in saying “One More” as the ball is in the air so the ball can be moved quickly for the open shot. Players should also communicate their teammate’s names as they are passing the ball to them. Developing your team’s communication skills on offense improves its ability to play together. It catches mistakes before they happen and empowers your players to make decisions during the game. It takes time and effort, but by focusing on communication you will cultivate a needed skill in your players that will pay dividends for your team.

Communication Tips for Coaches – How to build it with your team so it translates from practice to games.