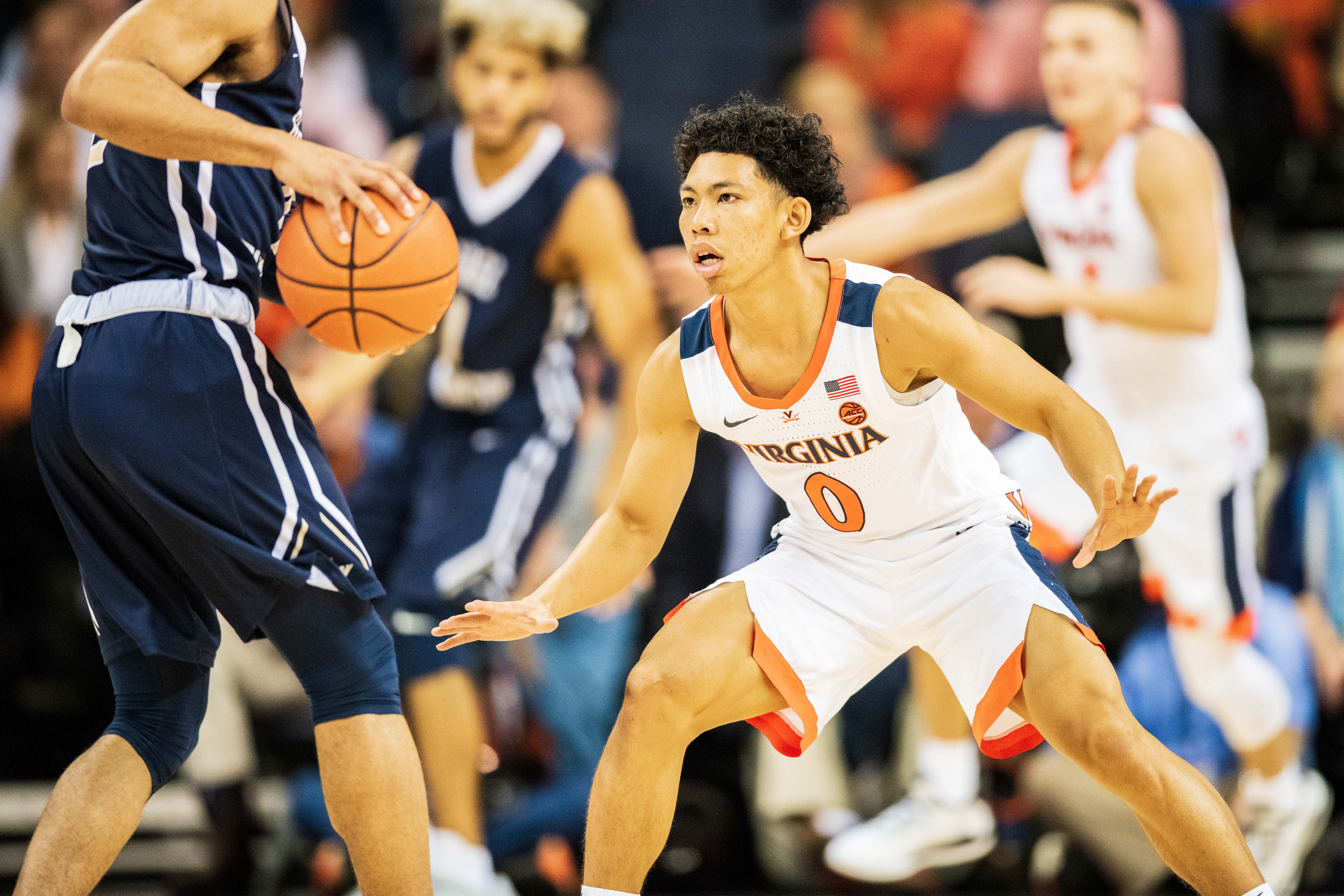 Pack Line Playbook: Defending single and double down screens within the Pack Line Defense using the “Lock and Trail” technique.

The Pack Line style of defense features some unwaivering absolutes. There are specific rules and techniques that change little from game-to-game or opponent-to-opponent.The mindset is to do a few things and do them well.

We will begin exploring these techniques, beginning with defending down screens, with a bit of help from the quintessential Pack Line program – the University of Virginia Cavaliers.

The first part of defending down screens Pack Line-Style is the “Lock and Trail” technique. This refers to the cutter’s defender “locking” into his/her man then “trailing” the cutter as he/she uses the screen.

In the diagram of the single down screen below, X2 is being screened. He/she has no help responsibilities at this moment. X1 must alert X2 a down screen is coming. X2’s first commandment is to be physical with the cutter; get into him/her. Do not let 2 reject the screen and go backdoor. Give 2 a “one way go.” X1 must be wary of 1 slipping to the basket. When 2 uses the screen X2 tightly trails. Do not “dance” at the screen and if you do get screened, do not “melt” on the screen. Get off the screen and get back into the play to contest a potential catch-and-shoot.

Pack Line is a “team” defense and teammates must be connected and help one another. The second vital part of defending the down screen with “Lock and Trail” is the “show” from the screener’s defender.

In the diagram above X1 is guarding the screener and must provide a “contact show” to stop a potential curl by 2. They must also be prepared to contest a catch-and-shoot should X2 be taken out by the screen. A quick show can alter the pass to the cutter and buy time for the cutter’s defender to get back into the play. After “showing” X1 must recover to their man.

Lock and Trail plus Show and Recover are also part of defending staggered double screens. Little changes for the cutter’s defender (X3 below) – lock into the cutter, be physical and do not let them reject. Tightly trail the cutter when they use the screens. X1, who is defending the first screener, can “zone up” and protect the basket from any of the screeners slipping into the paint. X1’s presence means X2 can make an even more aggressive show on the cutter.

Perhaps no team in the country gets more of what is taught in their practice gym to game nights than Virginia. In the videos below UVA demonstrates the Lock and Trail and Show and Recover in textbook fashion. The first video shows the techniques against single down screens. Watch these videos with volume up for tips and pointers!

The second video shows the techniques applied to staggered double down screens.

Head over to the PlayBank and add these two drills for the techniques discussed here to your FastDraw library.

Screen Away 3v3 – Working on the Lock and Trail plus Show and Recover using 3v3 and offensive restrictions.

Staggers 4v4 – Working on the Lock and Trail plus Show and Recover versus staggered screens using 4v4 and offensive restrictions.

For help with practice planning and implementation of a Pack Line or Pressure Man man-to-man defense, join our community of basketball coaches! Follow #PackLine on Twitter!

Any questions: Contact me. Happy to talk hoops any time day or night! Sign up here for our twice-monthly newsletter.