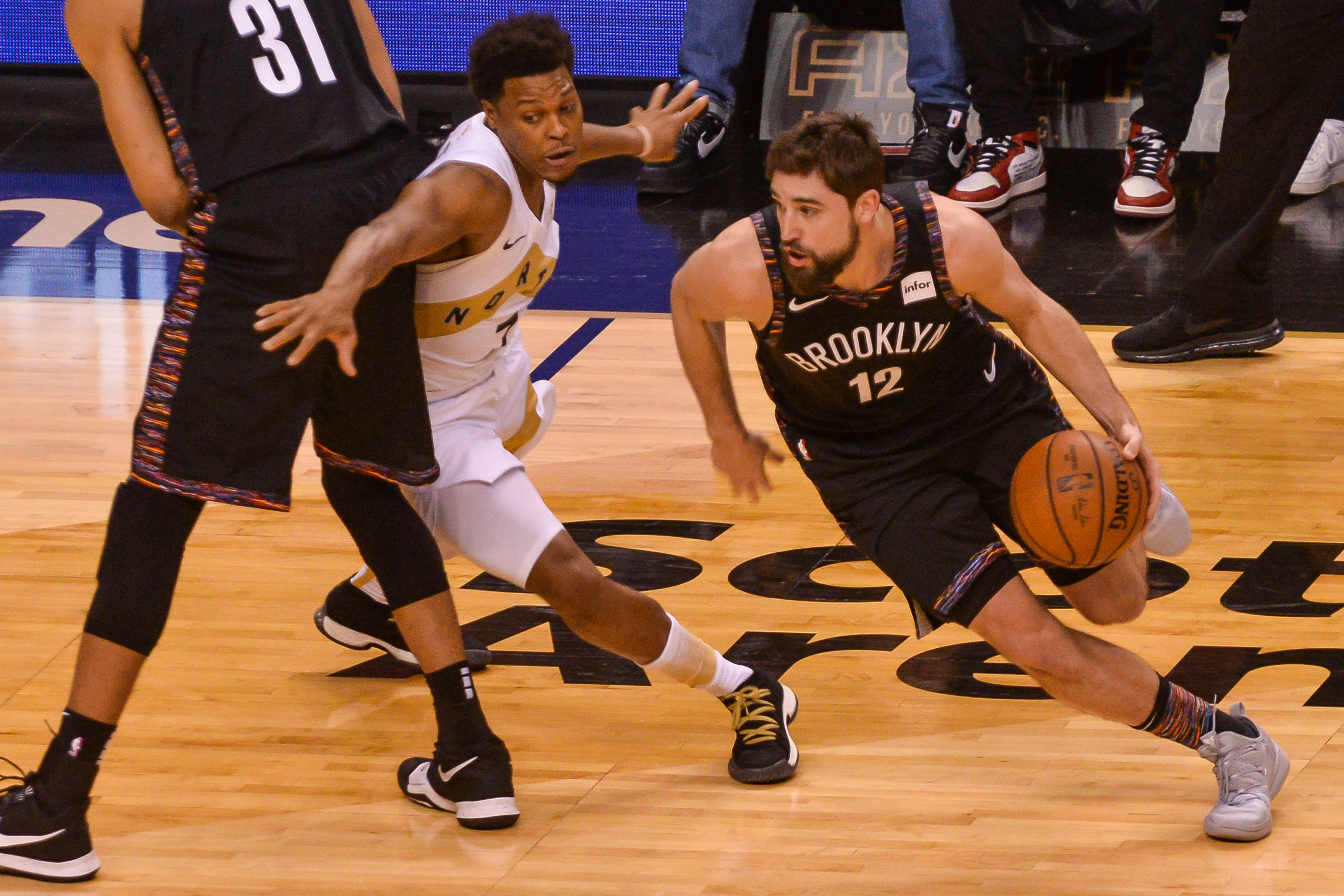 The “Throw & Go” handoff can be an effective two-player action for creating an advantage.

Simply put, a throw & go handoff is when a player, typically a guard, passes to another player, typically a big, on the perimeter and chases their pass for a handoff. The guard throws a pass and goes immediately into a handoff taking the ball back from the recipient of the pass.

The difference between a throw & go and a dribble handoff is that the deliverer of the handoff is stationary and the recipient is cutting with velocity to take the ball. This two-player action can be used to create an advantage and penetrate the defense. In the diagram above, Player 1 passes to Player 5 (throw) and then sprints (go) to take the ball back in hopes of getting downhill after the handoff. Player 5 treats the handoff like a ball screen rolling to the basket once it’s delivered.

The Big (usually the recipient of the pass) must get a wide base and put the ball on a platter for the passer (usually a guard) to take back.

The cutter must sprint to gain separation from his/her defender. The idea is to outrun your pass and take the ball with momentum. We are seeking to exploit the tendency of the player guarding the ball to relax for an instant after their man passes.

In the diagram above, X1 trails and Player 1 is able to get downhill for penetration.

The cutter’s defender will either trail (as diagrammed above) or go under the handoff. They may trail tight enough to disrupt the handoff as diagrammed in Frame 1 below.

Player 1 curls around Player 5 who aborts the handoff due to the tight coverage. Player 5 faces up and dumps it over the top to Player 1. Manu Ginobli and Tim Duncan perfected this in their time together with the San Antonio Spurs. The cutter’s defender may often go under the handoff. Player 1 may still be able to outrun their pass and turn the corner after taking the handoff, but often they take the handoff and have no advantage as their defender just “meets” them on the other side.

When this happens Player 5 twists into an immediate ball screen (diagrammed below). In a way this is a rescreen. No advantage was gained by the throw & go so we flow into a ball screen.

Motion Strong into a Throw & Go

Again using the Brooklyn Nets as our demo team, below is an example of “Motion Strong” in early offense and flowing into a throw & go towards the baseline. The double staggered screen brings a cutter to the ball. The second screener gets position around the elbow. Then we see the throw & go for a layup.

The throw & go can be an effective means to create an advantage, collapse the defense and score at the rim or generate an inside-out three. Delivering throw & goes can be a way to utilize a non-shooting big on the perimeter to open floor space as well.

For help with practice planning and implementation of an early offense attack featuring these and other offensive elements for finding, using and creating offensive advantages please contact us and/or join our community for basketball coaches!