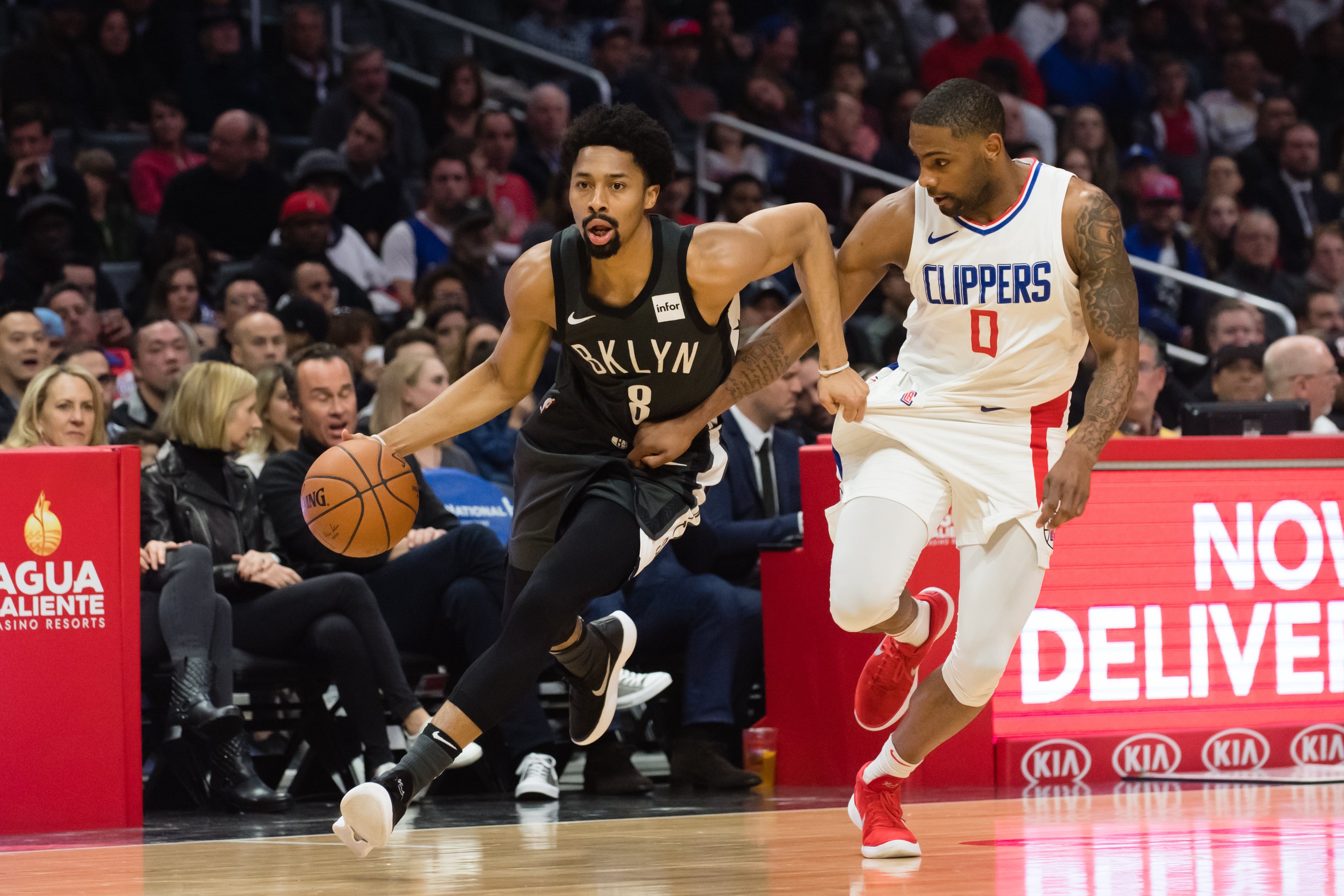 The Brooklyn Nets (35-33, 7th in East) have taken Motion Strong, a long-time staple of the San Antonio Spurs, and opened up the spacing with a five-out alignment from transition.

Like the four-out version popularized by the Spurs, the Nets’ version features a staggered screen and different options stemming from it in early offense. Below, we’ll take a look at two ways the Nets enter Motion Strong.

The signature feature of Motion Strong is the staggered down screen. Like many NBA teams, the Nets often have no low-post presence in early offense. Instead the “Big” is trailing at the top of the circle.

In the Reverse Option, the Nets swing the ball to the second side via the trailing Big. The two passers in the ball reversal then get into the staggered screen. The cutter using the screens may straight cut for a catch-and-shoot or curl if tightly trailed.

If the cutter uses the stagger, gets the catch but has no immediate advantage on the catch, the offense flows into various options such as Horns, Elbow or Spread Ball Screen.

This sort of design and sequencing gives the Nets early, middle and late clock flow.

At times the Nets get into Motion Strong without the ball reversal using the “Dribble” Option. The trailing players just get into the down screen while the lead guard dribble advances the ball. Again, the cutter (Player 3) may straight cut the staggered screen for a catch-and-shoot or curl when trailed. Many of the same middle and late clock options stem from the “Dribble” Option if no immediate advantage is available on the catch.

As the young Nets continue their push for the Eastern Conference playoff position, look for this modernized and spread-out version of Motion Strong to be an offensive centerpiece.

The ball and player movement in early offense combined with the flow and connection with other options when the stagger does not create an immediate advantage demonstrates sound offensive design and sequencing.

Check Out our Motion Strong Playbook for a deeper dive into this offense!

For help with practice planning and implementation of an early offense attack featuring Motion Strong or other offensive elements for finding, using and creating offensive advantages please contact us and/or join our community for basketball coaches!