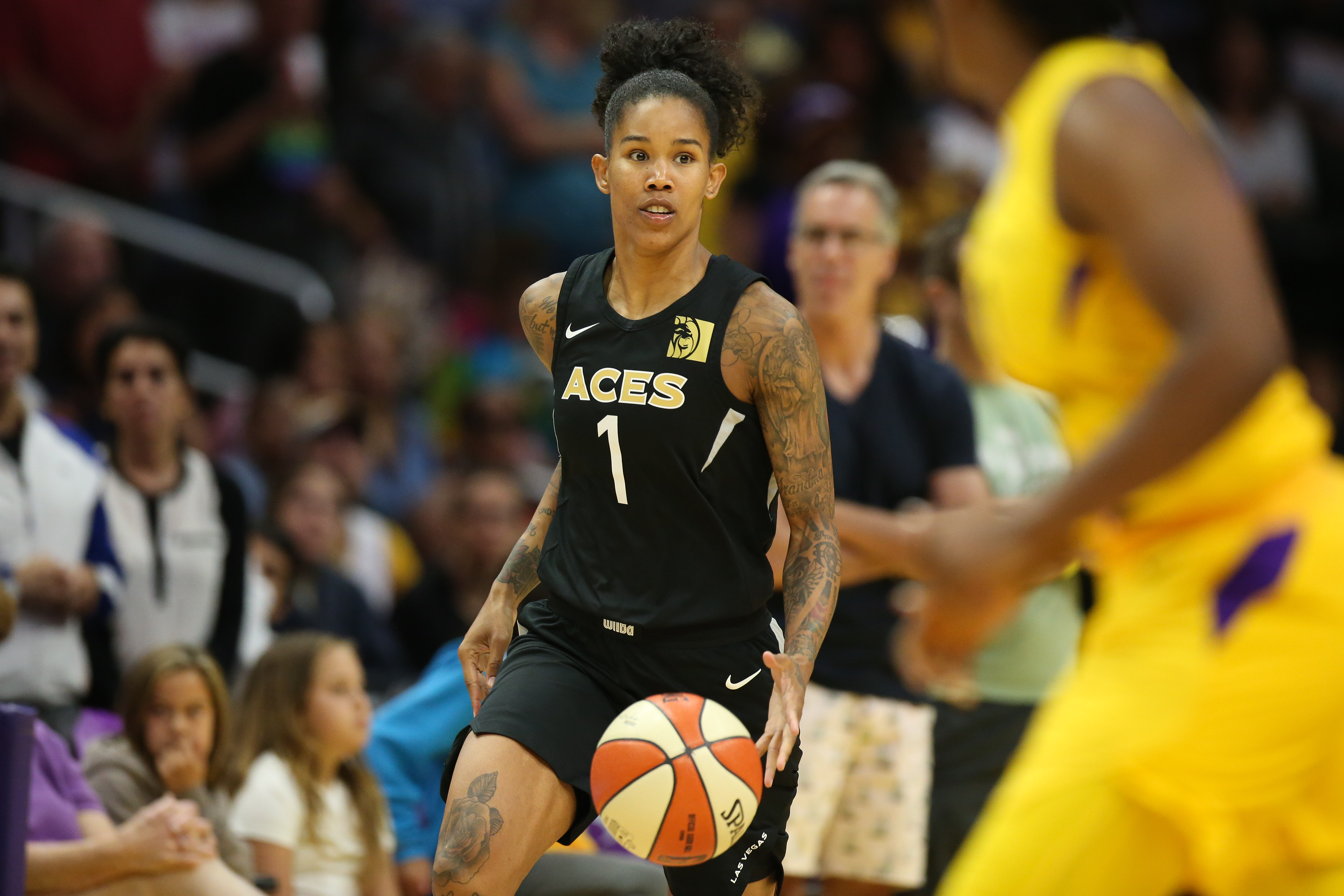 The Las Vegas Aces boast one of the youngest and most talented rosters in the WNBA, and are poised to be a contender this year. With the addition of Jackie Young from 2019 NCAA Runner-Up Notre Dame, and Sugar Rodgers via trade with the New York Liberty, the Aces will have an electrifying combination of scorers to lead its offense.

An analytical look at the Las Vegas Aces shows the tremendous potential this team has to explode in 2019. The Aces played at the fastest pace of any WNBA team last year, averaging 83.2 possession per game, and were 6th in Offensive Rating at 101.5. Due to the reliance on their post players (as the Aces will prove, post play is not dead!), they were 2nd in Free Throw Rate at .332.

Head Coach Bill Laimbeer runs a series of quick hitters to complement a base offense. Ideally, the Aces want the ball in the hands of Wilson, who is a dominant high post and face up scorer, or McBride, who is one of the best overall scorers in basketball.

Let’s take a look at some of the top quick hitters and ATO’s from the Las Vegas Aces. Click on a diagram to download it to your FastDraw library.

Las Vegas runs a beautiful Horns set which allows plenty of options for its dynamic scorers to get the ball where they want it the most. Early in the season, Vegas ran this and utilized the Flex action well. As teams started scouting, the Aces went to the secondary action which is to reject the initial Flex screen from the cutting passer, and instead use the double stagger.

When you have a dynamic scorer like McBride, you MUST find a way to get them the ball where and when they want it. The Aces drink from this well quite often, as they try to get McBride coming off a double stagger on the baseline. She is so adept at using screens and is one of the most explosive players in the world – this quick hitter allows her to get the ball with a quick shot/drive decision and plenty of space to work with. If she can’t get her shot off or get to the rim, or she’s simply well guarded, the Aces adjust and play with what they have – including a three from Plum or a 1v1 from the elbow area for Wilson.

The Aces run this to get the ball into the elbow area multiple times, something that is a hallmark of their entire offensive philosophy. In these clips, McBride misses the shot and gets tied up, respectively – however, that does not change the action being one that gets the Aces exactly what they want.

The Aces ran this quick hitter to open the 2nd quarter in a game against the Seattle Storm. The brush screen at the top is effective for creating space to sprint into a UCLA cut, and a solid screen from Wilson springs Young for a wide open path to the rim.

Simple, but effective, this quick hitter is used to get an open high-low opportunity for a post score. If that is not open, the screener is then isolated against a defender closing fast, creating an immediate shot/drive decision. In this clip, Hamby wins that decision and gets to the rim for an easy two.

As you can see, the Las Vegas Aces have a varied offensive attack – these are just a few examples of quick hitters and ATO’s that make them one of the league’s more dangerous teams. Coach Laimbeer and his staff have expertly chosen how they want to get the ball to their playmakers outside of their base offensive actions, which will be covered in Parts II and III of this series.