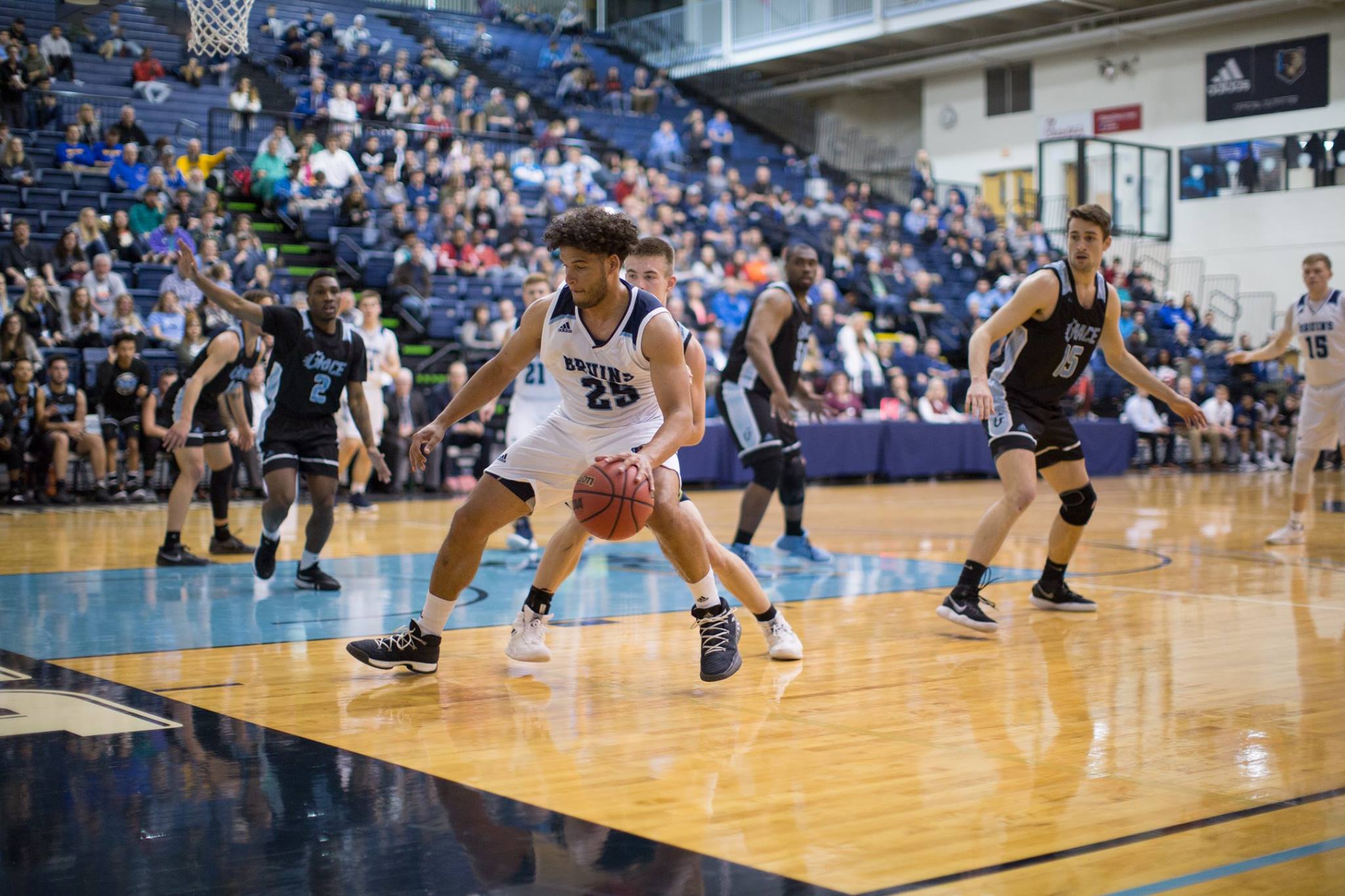 Flip the traditional setup – Inverted Offense posts up a guard, running actions above to create huge advantages and tough covers.

If you’ve ever had the privilege of attending the NABC Convention at the Final Four, you know the event is full of big-named presenters. This year was no different with coaches like John Beilein, Bruce Weber, and Don Showalter speaking on practice planning, offensive drills, and quick hitters. As a growing analytics nerd, I was especially intrigued when I saw the session titled, “The Analytical Edge: Underutilized Strategies to Increase Win Percentage,” presented by Frank Dehel of Dribble Handoff.

Dehel did not disappoint. And, luckily for you, he had someone record the entire session.

One of his main topics in particular got my attention – Inverted Offense.

How many of you have in your team’s playbook an inverted offense action or set? #XsOs

While the term may not be familiar to you, you’ve seen the base action done for years. Look familiar…?

Reasons To Invert Your Offense

In order for your inverted action to be effective, Dehel tells us a couple things need to happen:

Some of you are thinking, “Ok, so what? The post up PPP (points per possession) still doesn’t make it worth for us to try any inverted actions.” You’re right – the numbers say shots in the paint off post ups are typically inefficient. However, Dehl’s research found FGAs coming from a pass out of the post yield a +.25 PPP than a FGA in the post. As a matter of fact, shots from a post pass yielded an even higher PPP than a couple of our favorite types of shots.

Translation: You need more sets and strategies to get FGAs off post passes.

Here are some ideas to get you started – click on a diagram to download it to your FastDraw library.

This Horns set from Team USA’s women’s squad is the perfect example of an opportunity to post a guard, then make the defense pay when perimeter defenders are caught turning to find the ball. In today’s game, many teams are putting four or five shooters on the floor at a time. It only takes one defender turning to find the ball for an open 3PA (see Frame 3).

The Villanova Wildcats action above shows the “inverted” portion of the offense by not only posting Jalen Brunson but with the forward screening on the perimeter (something typically done along the baseline to get a guard open).

Here’s a creative set from @utahjazz Head Coach, Quinn Snyder. I like how he puts an elite passing guard in the low post (@rickyrubio9) who can deliver the decisive pass on time & target to the shooter (@Joeingles7). #TakeNote pic.twitter.com/xfCEDPAMsR

Should I Invert My Offense?

Entirely? Of course not. You may not even feel you have the personnel to try posting any of your guards. But the numbers say passing out of the post for perimeter shot opportunities is advantageous enough to add to your playbook.

If you need more ideas, feel free to connect with me on Twitter @tonywmiller, and I’d be happy to help.