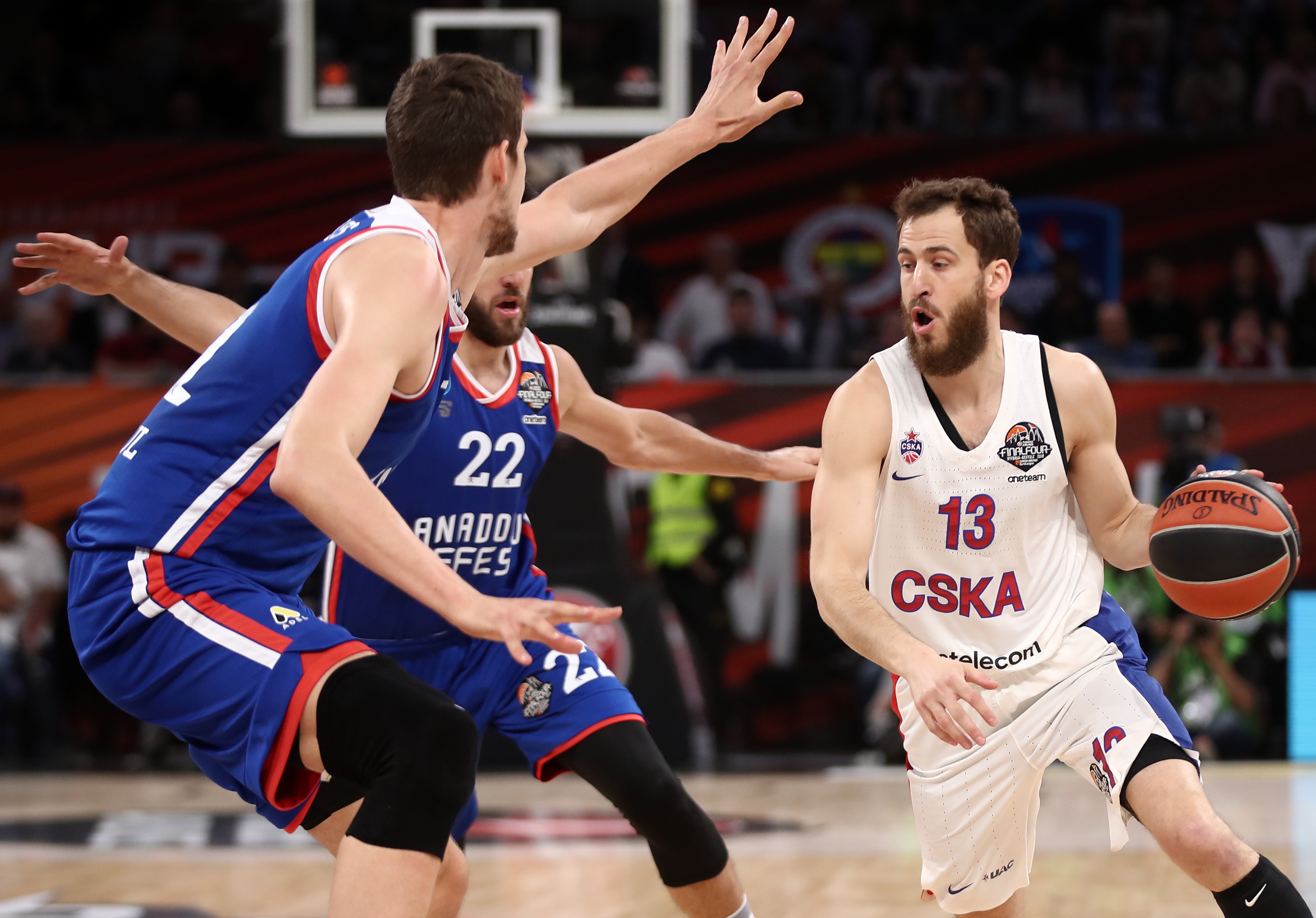 See what one of the most successful teams in Europe, CSKA Moscow, runs to take advantage early in possessions.

Cementing it’s reputation as one of the top basketball clubs in Europe, CSKA Moscow won the EuroLeague Championship in dramatic fashion, surviving Final Four battles against Real Madrid and Anadolu Efes. This is the eight EuroLeague title in the club history, and the second in last five seasons under control of Head Coach Dimitris Itoudis.

Collecting 16 Final Four appearances in 17 seasons is a tremendous mark for CSKA, which makes it one of the most successful organizations in European basketball. This season, CSKA Moscow have the second best offense in the EuroLeague, scoring 86.5 points per game, along with the third best 3pt % at 40.1%.

I’m going to break down the most efficient ways to score from CSKA Moscow this season. This post specifically covers how CSKA Moscow beings its offense. Whenever possible, the team looks to attack in transition after a turnover or inbound situation. If there is no direct opportunity to score, CSKA Moscow will look to create by flowing into a quick ball screen offense.

The first and maybe the most important part of CSKA Moscow’s Early Offense is to immediately use any advantage or mismatch, created after change of possession. If any player feels they have a size advantage, then he immediately goes to the low post position and starts playing back to the basket. It works best for Will Clubyrn, Nando De Colo and Daniel Hackett. The crucial part here is a spacing on the weak side. 5 must be close to the baseline and be ready for a quick dish pass or fighting for the offensive rebound. 3 needs to lift up from the 5’s line to increase distance between 3 and 5, making life more difficult for x3 who must defend 1-on-2 (in case defense plays double team in the low post). If in this situation x3 plays low, then 5 could screen him and open up 3 in the weak side corner for the 3pt shot.

If 1 makes a pitch ahead pass to the wing player, then often CSKA starts its ball screen continuity called Fist Motion. This allows the squad to set up early empty side pick and roll for the wing. 1 makes cut under the basket and then comes off a 3’s screen for Miami action (DHO into ball screen) with 4 and 5. This forces x1 to defend three actions in a row: pindown, DHO and ball screen.

If 1 can’t make a pitch ahead pass and crosses the center cine with a dribble, then it is a good opportunity to set up this Double Drag Action, especially if no players have already arrived in the low post. The most important post is that it doesn’t matter who is the first screener between 4 or 5. In both scenarios, 4 will pop to the 3pt Line and 5 will pop to the basket.

This is one more option with some counters for early offense. CSKA used it sometimes when their big has already arrived to the low post area in transition. The most important part is the spacing in the first empty side PNR. If defense plays passive ball screen coverage (“Drop”/”Flat”), then 5 needs to seal his defefender to create a space for ball handler under the basket. If defence plays aggressive ball screen defense (“Hedge”/”Blitz”), then 5 needs to flash to the free throw line, making things tough for x5 playing as the last defender on the weak side. If nothing happens on the first PNR, CSKA Moscow swings the ball to another side and organize UCLA screen which flows into 2-5 empty side PNR. The perfect counter for the second side is rejecting the PNR and driving into the large space available under the basket.

Click HERE for more CSKA Moscow XsOs on the PlayBank!