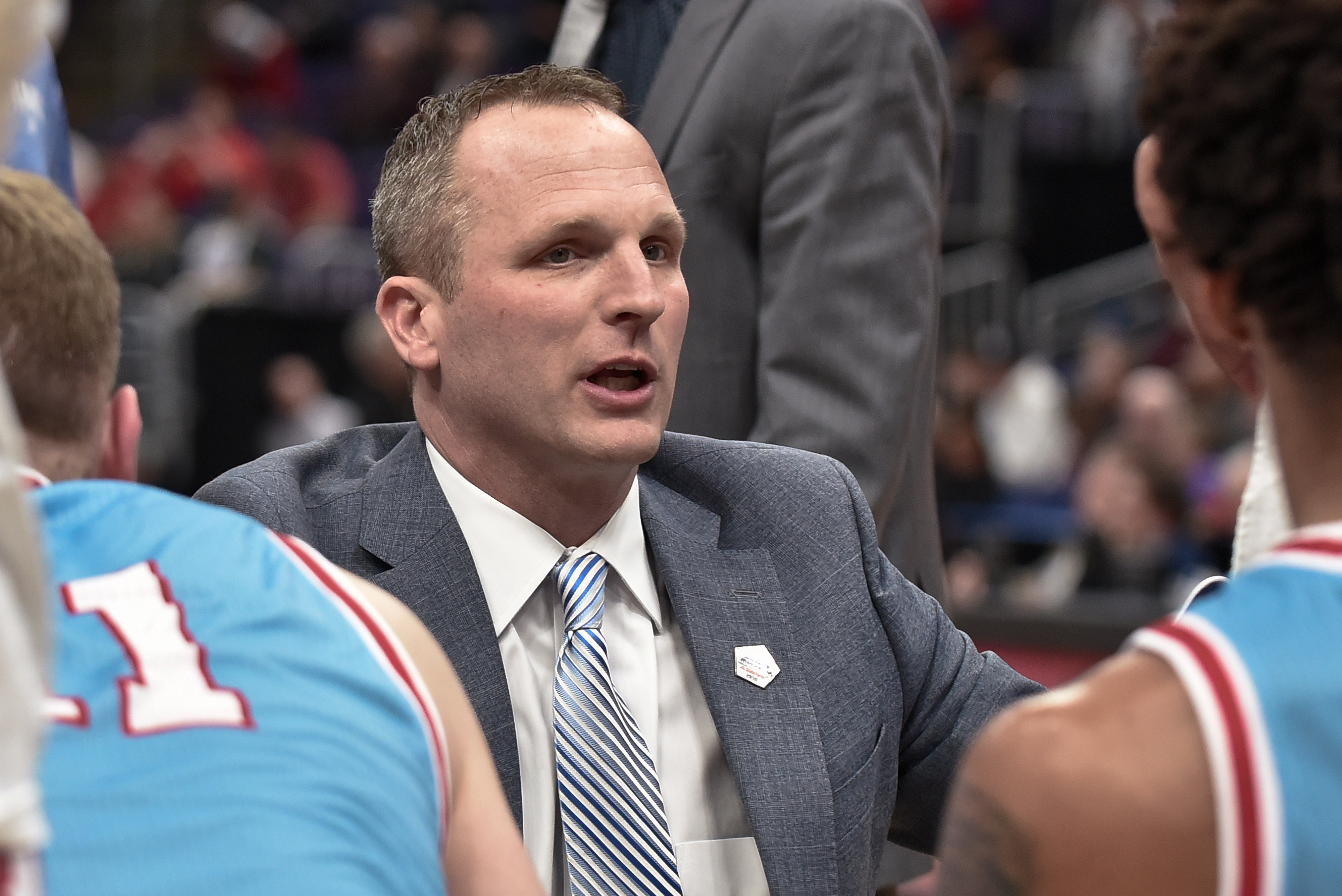 No matter the talent level, wins or losses, it’s important for coaches to maintain a standard of leadership at all times.

I was out of town on a college visit trip with my son last month. While we were there, he was telling me about how one of the top high school basketball teams in the country was in the area we were visiting. He really wanted to go watch them play, as he had followed a couple of their players on social media. We were able to squeeze it in after the school visit.

We were not able to get there for the first part of the game. When we walked into the gym there was only a minute-and-a-half left in the first half. The really good team was up by about 25 points. We immediately saw an amazingly athletic play by that team, followed by two more before the end of the first half. They were up by 28 points at halftime. It was obvious this was a talented group of players.

I was really looking forward to watching them play the second half. I wanted to see how they worked together, how they communicated, what kind of plays they ran, how they got along, and everything else that goes into a highly successful basketball team. As a basketball coach myself for 30+ years, I was most looking forward to watching the coach to see his leadership and how he worked with his kids. I wanted to see how he communicated with them, demanded of them, rewarded them, and the kinds of relationships he seemed to have with them.

Unfortunately, I saw very little of any of that.

When the team came out for the second half warm-up, they slowly, nonchalantly walked out of the locker room onto the court, as if this was the last place in the world they wanted to be. There was little effort expended to prepare for the second half. Some half-hearted three-pointers were the most common thing I saw.

The supposed best player stayed on the court until the very end of the time allotted, standing around talking with a teammate and occasionally jacking up a 3-pointer. The coach had called the players over to give what I assumed were final instructions before taking the court, yet this player stayed out on the court. As the buzzer sounded, he walked to the outside of the team huddle and barely spent any time there before heading out to the court.

For most of the third quarter, this player moved about as fast as he did in the second half warm-up. I rarely saw him get into a defensive stance. He allowed his player to go past him numerous times without much effort to stop him. As he received outlet passes from teammates, he jogged the ball into spots from where to set up an offense.

However, they never ran an offense. Five players stood around on the perimeter and the one with the ball tried to attack the basket, often to no avail. While they were playing an inferior opponent talent-wise, the opponent did a nice job of collapsing on the drives, so as to stop the ball from getting to the basket. This led to forced shots that were unsuccessful. Most of the third quarter went this way.

I never saw the coach yell out to the floor at his team about what he wanted them to do. He just stood near the end of the bench by the baseline. He never called out a play, never told them to swing the ball or attack or any other thing that most coaches will communicate. I never saw him cheer a good play or admonish a player for a selfish, forced play, of which there were plenty.

However, late in the third quarter, when the coach put the “second team” in, everything changed. Due to the selfish, non-spirited play of the first team for the first five minutes of the quarter, their lead was now 17 points. The coach put in five new players, his second team. Unlike the first team, this group ran an offense with some discernible pattern to it. They cut hard, went to spots, set screens, and swung the ball from side-to-side. They were playing the game much more in line with how good teams play.

However, when the players in this group made a mistake or a bad play, the coach yelled at them. He was animated and vocal with the second string kids. While they were actually trying to do things that resembled what a coach would want a team to do, when they made mistakes, he let them have it. He did not hold back. These kids were making their mistakes with discipline, focus, and effort, yet the coach yelled at them for those mistakes. However, in the earlier part of the quarter when the first team kids were making mistakes due to a lack of discipline, focus, and effort, he said nothing. Think about the message he was sending to all of his players, and the inconsistency in his leadership.

There was a real discrepancy in the consistency of actions from one group of players to the next. The first team kids were relying strictly on ability to succeed. This worked because they were far more talented than the team they were playing. But what is this telling the kids?

If the first team doesn’t have to work hard, run what the second team runs, and be held accountable for their actions, they are receiving a message of entitlement. Their coach is saying, “The rules for the rest of the team don’t apply to you because you are physically superior in terms of your talent. Therefore, you don’t have to follow them.” This can be dangerous to the first team, for it can set them up to believe they don’t have to do all that they need to do to be their best.

I know that I am only making these comments from observations I made sitting across the court, 15 rows up in the bleachers. I did not hear anything that the coach said to the team prior to the game, in huddles, or at halftime, nor am I there every night in their practices. It’s not possible to understand the coach’s full leadership style and philosophy in one game. I get that I am not making my judgments based on the largest possible set of data available.

However, that being said, given the data that I did have, I was disappointed in what I saw from what is supposedly one of the best teams in the nation. I have sat and watched other teams in all sports at all levels over the last 30+ years, both in person and on TV, and I have been able to ascertain that there is a lot of good stuff happening in terms of how a coach is communicating with his/her team. I have seen coaches treat everyone in a consistent fashion, no matter who they were.

On this night, I just did not see that, and it led to me struggling with what I was seeing.

My first struggle was with first team playing with poor effort and what looked like no game plan, discipline, focus, or real team spirit. Quite honestly, I expected more. I have seen some of these national top-tier types of teams play on TV before, and I have been impressed with the players, the teams, and the coaches and how they all interacted and worked.

My second struggle was with how the coach handled it all. I just could not believe that what I saw from him was the behavior that led to them being a top team in the nation. Their talent level was off the charts. But I expected more from their coach in terms of coaching all that talent. I hope I caught him/them on a bad night in terms of this behavior. It was a Saturday night game against a weaker opponent after a big win on Friday night, so maybe that played a role.

My response: I am a coach. I love to watch coaches coach and learn all that I can about how they do what they do, their leadership, characteristics, and more to hopefully help me improve my coaching. What I saw that night was not what I expected, and it disappointed me.

As coaches, we need to work to be consistent in our actions with our teams. We need to do all that we can to maintain a semblance of consistency so our kids know what to expect. I expected I would see that from one of the best teams in the nation. I didn’t see that, and it affected me to a point where I thought, “I’m going to write a post about it.”