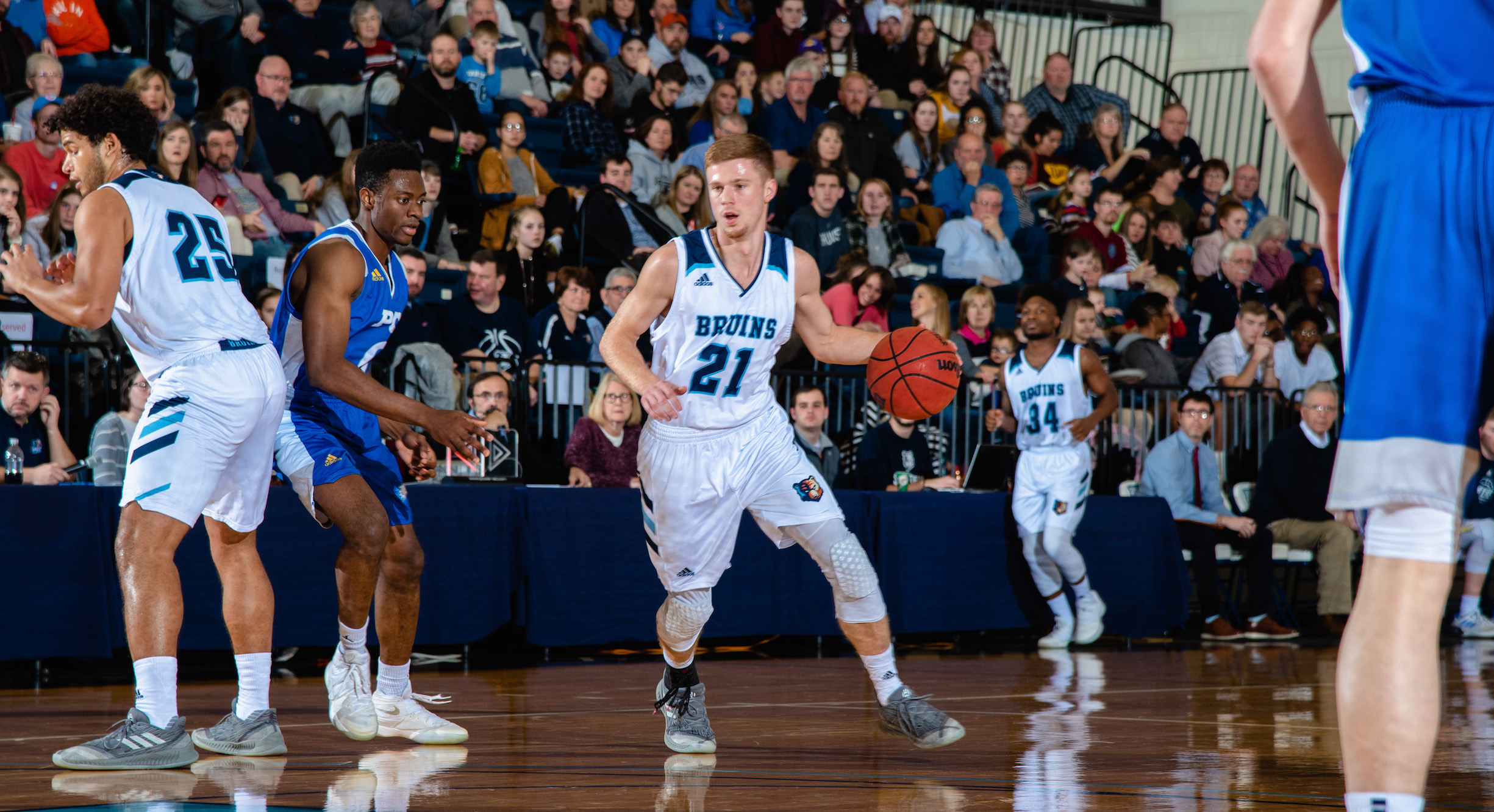 During my second year as a college assistant coach, we had a Division I point guard transfer into our small program. His skill in the pick and roll was quickly apparent, not just to our staff, but also to our opponents. In just the first few games, the typical high ball screen became less and less effective as teams would adjust their defense to force our ball handler to give up the basketball.

In an early season classic, I remember our head coach adding a Horns set for our stretch 4.

We ran that play in the invitational’s first game. It worked. (Though, we still lost the game. After all, you can’t run the same set every possession.) More importantly, we were on to something. I didn’t know the term “consecutive action” at the time, but that’s exactly what we had created with the Horns set – a play with back-to-back actions that created a brief advantage for the offense.

Consecutive actions aren’t new. You probably, right now, have a set or two in your playbook with some sort of consecutive action – a dribble handoff to a ball screen, a floppy set (stagger followed by a pin down), or maybe a flex action (cross screen to down screen).

So if this strategy isn’t new, and if everyone already runs consecutive actions, why do they seem to work so well?

Coaches understand how difficult it can be getting players to communicate with each other on the court. Talking though individual defensive assignments is tough enough. Having to talk through two actions back-to-back can be especially challenging, even for veteran teams.

The coach says, “Put three minutes on the clock. Let’s work on switching the DHO.” Once that three minutes is up, “Put three more up. Now ball screen defense.” Even coaches who use small-sided games typically don’t force their defenses to guard two actions in a row.

What does this mean for you as a coach? First, make sure you’re teaching your players what, when, and how to communicate on the defensive end. Second, purposefully incorporate more consecutive actions into your practice, especially into 3-on-3, 4-on-4, and 5-on-5.

Even though your team will be guarding consecutive actions well now, it doesn’t mean your opponents will be. As you begin to design your plays to include more consecutive actions, here are some ideas to get you started. Click on the diagram to download it to FastDraw or email to a coaching friend.

A simple flex action (cross screen to a down screen) from the Indiana Pacers results in a potential open shot or drive from the wing.

Screening for screeners is a commonly used consecutive action. In this Wedge PNR from the Boston Celtics, a screen is set for Al Horford who immediately goes and sets a ball screen for Kyrie Irving.

The combinations for consecutive actions are almost limitless. It’s just up to you to find the best actions to fit with your personnel and system.