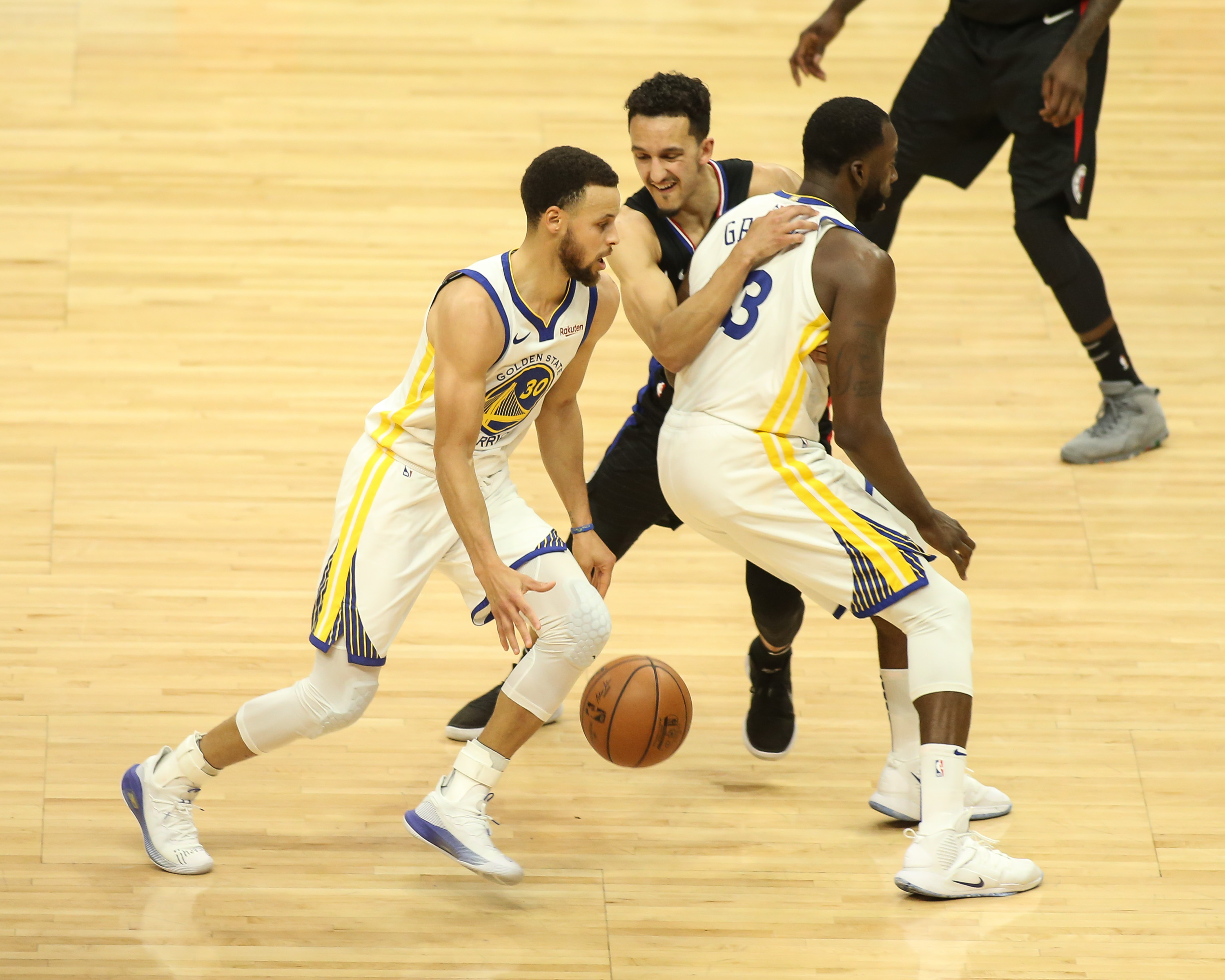 The short roll is an effective tool when the ball screen defense puts two on the ball. Here’s a look from some masters of the short roll.

When teaching ball screen offense, it is important to equip your players with solutions to various ball screen defense tactics. Without solutions you are just “running something” and doing a disservice to your players.

One such solution is the “short roll.” In this piece we will examine the optimal times to use the short roll and some teaching points for the players in and out of the ball screen.

If the short roll has a poster child it is Draymond Green of the Golden State Warriors. Green’s tremendous vision, awareness and passing skill make him perfect for short rolling.

In short, the optimal time to short roll is when the defense has two players on the ball. Whether the defense traps the ball screen, hard hedges or goes “over + drop” like many professional teams do, the short roll can come in handy.

The diagram below shows a simple “short” concept the Warriors use where Green is Player 4 and most often sets the ball screen for Steph Curry. Instead of a long roll that would take him into the clutter near the rim, Green short rolls where he will receive a pass and then attack with the pass. Most often the passer either executes a “pocket pass” through the bit of space between the two ball screen defenders or a “hook pass” over the two defenders. Both are featured in the video below.

Player 5 is behind the defense in the “Dunker’s Spot” to receive a lob pass from Green should X5 step up to defend Green. The simple design creates a 2-on-1 dilemma for the defense and the rim protector specifically.

In the video below, watch as Green and the Warriors get easy baskets around the rim using this short alignment as well as spread and wing ball screens.

Spread ball screen is a big part of many attacks at all levels of play. Through false motion, drag screening or any number of methods, teams often end up in spread ball screen to create an advantage. The short roll can create 3-on-2 advantages for the offense when the passer delivers the ball to the short roller in the middle of the court.

Below, the Michigan Wolverines exploit the aggressive ball screen defense thrown at them by the Montana Grizzlies by short rolling Mo Wagner then attacking with the pass.

Note that these possessions do not look all that different than zone offense when the ball is entered into the high post. Always remember the axiom, “if there’s two on the ball, it’s a zone.”

When the short roller catches in spread ball screen, there is brief 3v2 advantage with the two corner defenders typically split. When the tandem of defenders is split, the roller should first attack the rim looking to score. When a defender commits by helping up, the corner player cuts along the baseline behind the defender’s head. The short roller then delivers a pass toward the direction the help comes from.

Below is another example of the short from spread ball screen featuring EuroLeague power Fenerbahçe Istanbul.

And here is a spread ball screen possession featuring Green and the Warriors once again.

No matter the level the concepts look the same. The ball screen gets two players on the ball, the ball handler finds the short roller, the short roller catches with a numbers advantage and when the defense helps deliver a pass in that direction.

Using ball screens versus zones can present opportunities to short roll and apply some sound zone concepts. Below is an example from the NBA Champion Toronto Raptors.

Two scenarios could play out here. One, the center of the zone steps up to take the short roller as the Miami Heat do in the video above. This creates a 2v1 on the perimeter as diagrammed below and featured in the tweet above.

Two, the center could stay flat fearing the player behind the zone in the Dunker’s Spot. The short roller rolls into the pocket of space and now we have the ball in the heart of the zone forcing collapse and setting the offense up for the hi-lo game that does not look all that different from the Warriors’ “short alignment” versus man-to-man.

Equipping ball handlers with the knowhow to recognize “two on the ball” and the screener with the ability to shorten their roll will give you an effective pick-and-roll weapon to help exploit aggressive ball screen coverages. The short roll requires the roller to have vision and quick decision making upon the catch, but when well-executed and properly applied should lead to easy shots.