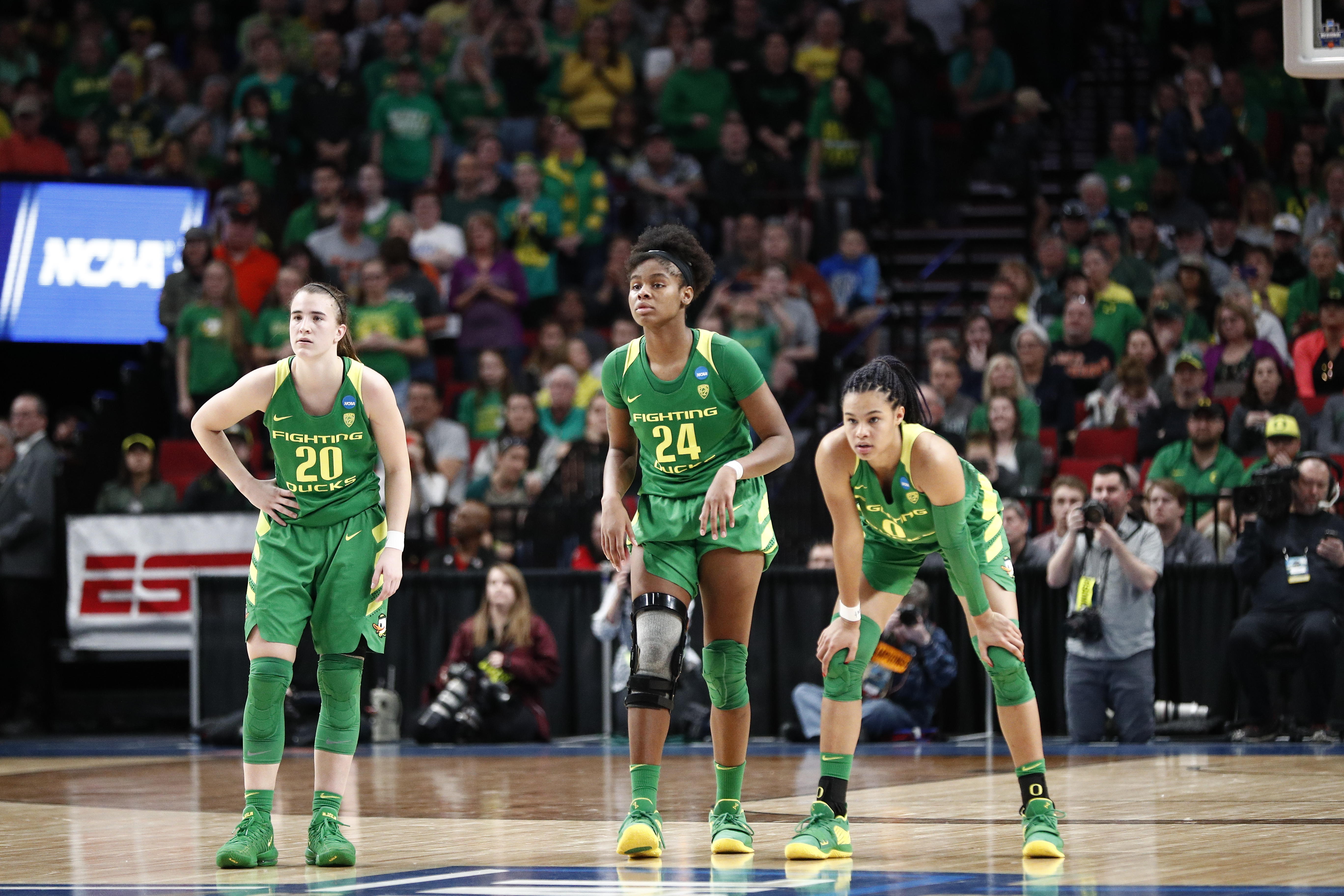 (Note: In this new series entitled #FivePossessions, we’ll take a look at five possessions featuring a team or player and dive into a particular topic. First up, Zone Offense from Oregon Ducks Women’s Basketball.)

The Oregon Ducks have one of the most potent offenses in NCAA Women’s Basketball. Their skill and shooting make them hard to guard in any defense, particularly zone defense where their passing and shooting are on full display.

In these five possessions, the Ducks demonstrate some timeless zone principles. Each of these are featured in the video below:

In the first possession, Oregon demonstrates the classic Hi-Lo game from a traditional alignment. They “penetrate with the pass” with a high post entry then read the defense for an easy look. Some tips for an effective Hi-Lo game:

Teams with active Forward play, will take away the dump down to the player behind the zone. Often, this leaves them vulnerable to the Weakside Fan; an example of inside-out Basketball demonstrated in the second possession. Tips for the Weakside Fan:

In the third possession, Oregon shows us the benefits of attacking a gap between zone defenders with the dribble. Even if you do not split the zone, the Gap Dribble can draw two and create an advantage for a teammate. Tips for the Gap Dribble:

In the fourth possession, the Ducks show us how the zone responds to ball movement. Exploiting the movement in the direction of the pass with a Misdirection Pass creates an open three. In the fifth possession, Oregon screens the zone to create an advantage. The Pin & Skip creates a driving lane and an easy two. Tips for the Pin & Skip:

For help with practice planning and implementation of an zone offense attack featuring these concepts for finding, using and creating offensive advantages please contact us and/or join our community for basketball coaches!