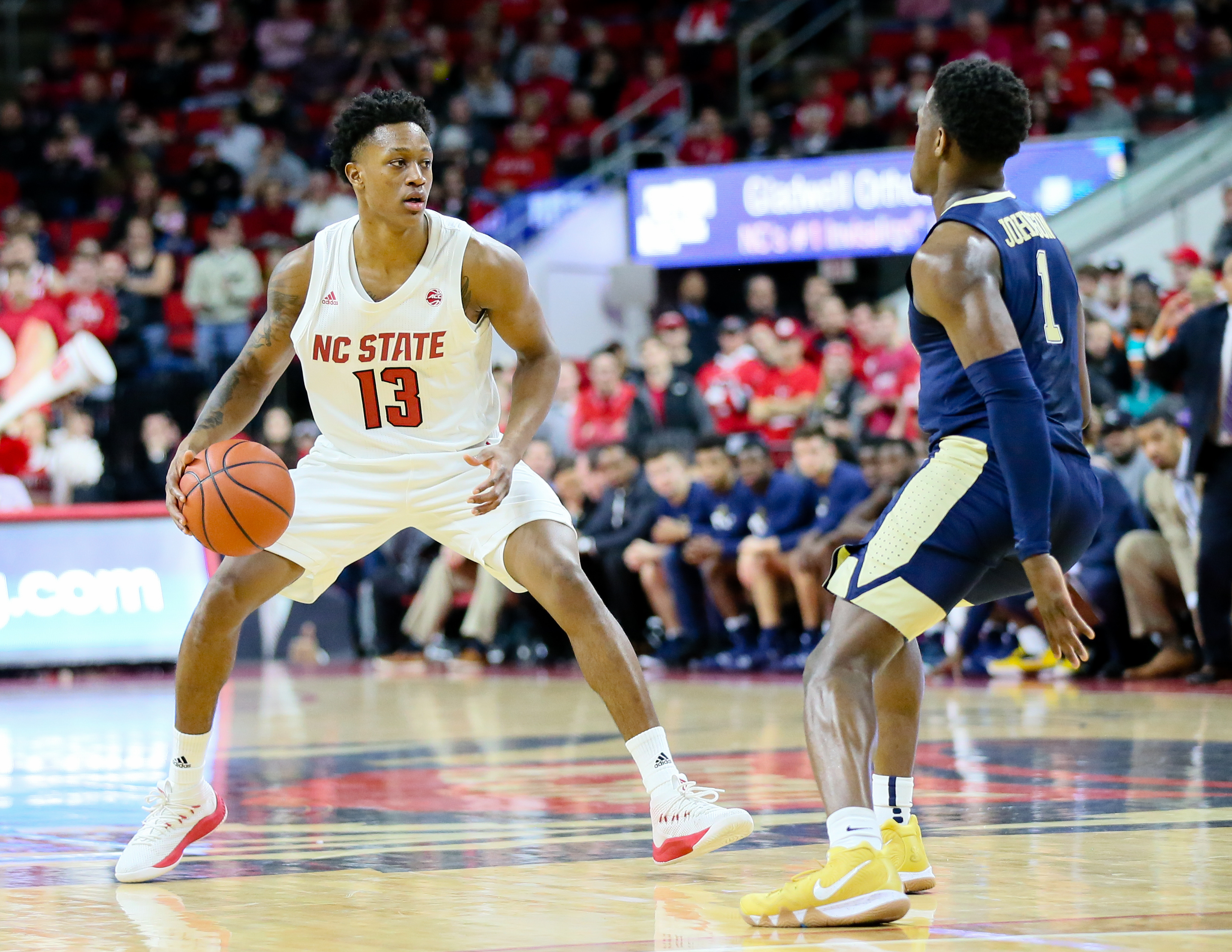 #FivePossessions – Five curated possessions from the North Carolina State Wolfpack where they demonstrate 45º Cuts in their Spread Ball Screen offense.

(Note: Second installment of a new series entitled #FivePossessions, where we take a look at five possessions featuring a team or player and dive into a particular topic.)

The North Carolina State Wolfpack are one of the more pick-and-roll heavy teams in college basketball. Coach Kevin Keatts brought his spread ball screen offense to the ACC from UNC-Wilmington where it enjoyed much success.

It is this secondary objective, manipulating potential helpers with 45º Cuts, we will focus on with the help of NC State. But first a few terms to lay the groundwork. In the diagram above, there is a double side and a single side highlighted in green. On the double side, two players (Player 4 & Player 3) hold the sideline while Player 2 is deep in the corner (rim depth) on the single side. This positioning keeps the lane open for penetration by the ball handler and/or the roller.

The scenario in which we see the Wolfpack employ 45º Cuts is when the ball handler accepts the ball screen while heading into the double side.

There are three things the three players outside the ball screen can do:

In the examples North Carolina State provide in the video above, the high wing on the double side makes a 45º Cut. The purpose of the cuts is twofold:

In the diagram above, Player 4 is in the high wing position. His/her defender (x4) is parked at the nail clogging space. They are the first line of help.

As Player 1 enters the ball screen, Player 4 cuts on a 45º angle toward the far corner. The hope is X4 will give chase thus opening a larger gap for penetration.

Player 4 should look for an opportunity to cut behind his/her defender’s head. If when holding the sideline atop the double side you feel as if your defender is clogging space, execute a 45º Cut to manipulate the primary helper and open space for the drive.

In the beginning phases of teaching spread ball screen, getting players outside the ball screen to create and hold space comes first. After accomplishing this consistently, introducing cutting concepts such as the 45º Cut can enhance the effectiveness of the spread ball screen concept.

For more resources on the basics of Spread Ball Screen: