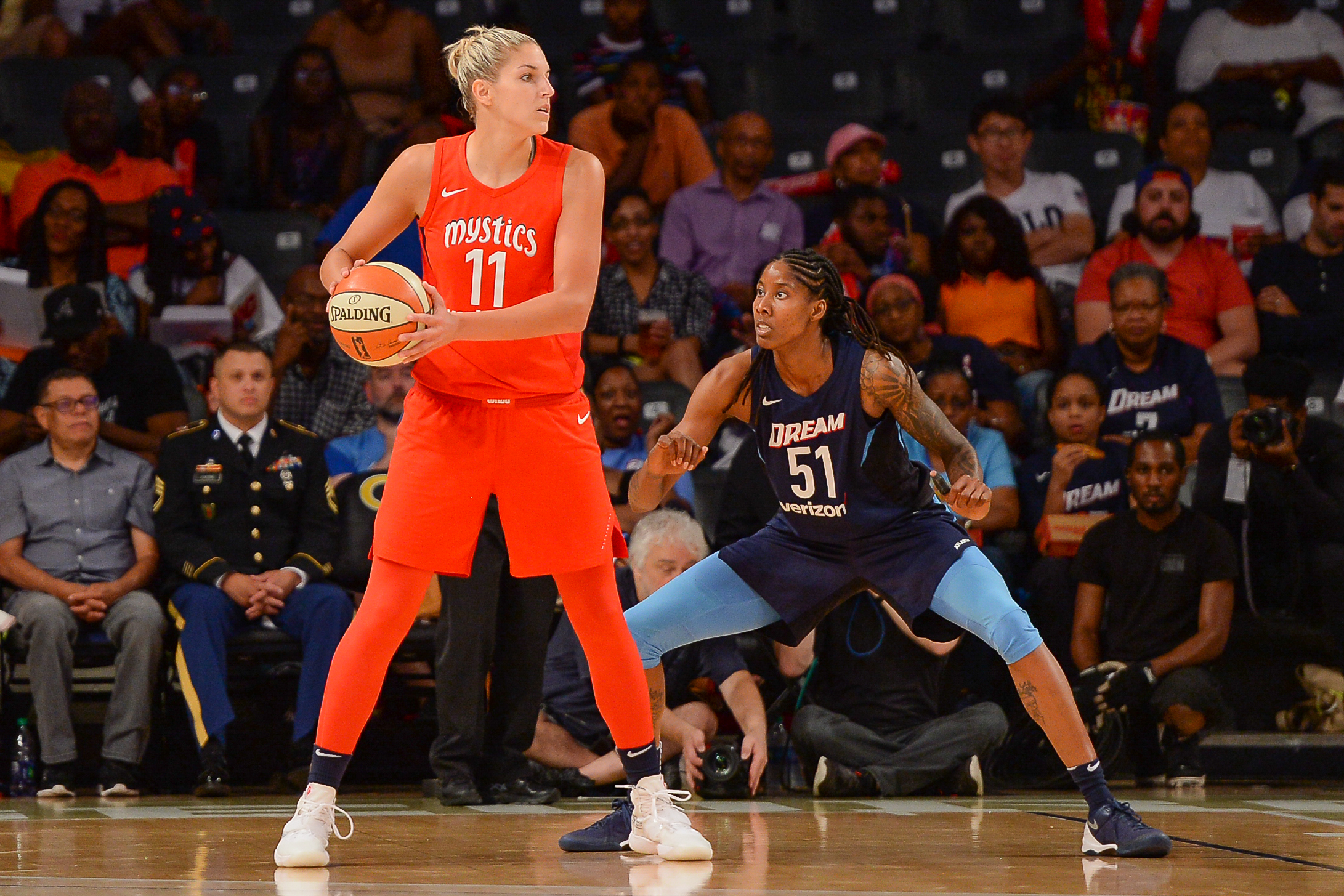 Washington Mystics forward Elena Della Donne just became the WNBA’s first ever 50/40/90 player. This elite club is comprised of players who shot at or above 50% total from the field, 40% from three and 90% from the free throw line for the season.

Stephen Curry, Steve Nash and Dirk Nowitzki are among the NBA members of this club. Until this season, no WNBA player had accomplished the feat.

In the most prominent example from their SLOB package, the Mystics use “zipper” action to inbound then set a down screen for Della Donne. The first three possessions in the video above show Della Donne adjusting her cut to counter the defense in Box Zipper.

Della Donne would be Player 4 in the diagram above. After the zipper entry, Player 2 down screens for Della Donne who reads the defender and makes the corresponding cut as depicted in the first three possessions of the video above. Upon receiving the down screen, Della Donne:

Della Donne’s ability to read the screen is what makes this simple down screen effective. This all plays a part in the 50/40/90 formula.

The Mystics are pursuing a WNBA title as the top seed. As of post time of this article, they hold a 1-0 semifinal series lead over the Las Vegas Aces after a narrow 97-95 victory in Game One. They are built to play uptempo basketball with a roster of  multi-dimensional players like Della Donne.

With opponents’ game plans geared to stop Della Donne, situational basketball (like sideline out of bounds) in close contests may prove to be the difference in fulfilling championship dreams or falling short of the regular season promise.

For help with connecting inbounds to offense and more concepts for finding, using and creating offensive advantages please contact us and/or join our community for basketball coaches!