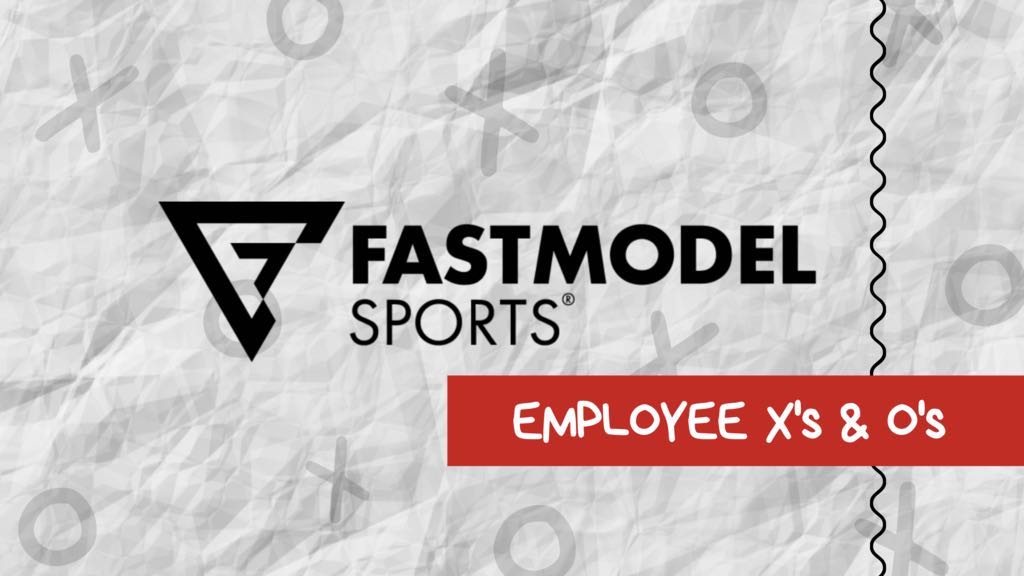 In this FastModel X’s and O’s feature, we’re excited to introduce Peter Stowell, a graduate of BYU and former analytics program director for BYU Women’s Basketball. With his lengthy background in the numbers game, we put Peter in a position to manage the growth of one of our most impactful products to date, FastScout Web. Here’s his story:

What is your name? What’s your current position at FastModel?

[P]: I’ve always loved sports and technology. This is the perfect job because it’s the intersection of both of those things.

What is one of your favorite projects that you’ve worked on at FastModel?

[P]: Probably building the mobile app. That was a lot of fun. We’ve never had a FastScout mobile app before, we built that from scratch. It’s gone pretty well!

Do you prefer the Apple or the Android app?

What has it been like being Product Manager of the FastScout Web Project?

[P]: We’ve had FastScout Classic for around 10 years, but we knew it was time to build a totally new platform on the web. So it was a lot of fun building it mostly from scratch, building the mobile app from scratch, and figuring out what parts of the old product we want to keep and what do we want to change. It was definitely challenging to convince coaches to move to the new platform at first, but once they moved over, they pretty much all love it. It’s definitely been gratifying.

From all the coaches at every level of basketball, what is one of your favorite client stories?

[P]: Being at Las Vegas Summer League this past year was a lot of fun, meeting with a bunch of coaches in person. I walked the Washington Wizards through all the new software. They had never seen it before and they’ve used our old software for a long time. So I showed them in person, all of FastScout Web and the mobile app, and all the things our team had been working so hard on. And within two minutes of the demo, they’re like “We need this, we’re using this, no doubt”. And they’ve used it all year, along with most of the NBA, and they’ve loved it.

Do you have any other interests or hobbies?

[P]: My main interest is sports, especially basketball. Outside of that, I like architecture. I’m living in a good city for that.

What is your favorite sports moment of all time?

[P]: When the Cubs won the World Series, no doubt. The Bulls winning titles was great, but I was like five and six years old when that happened.

The Chicago office hosted a Thanksgiving potluck. What was your favorite dish?

Who wins in a one-on-one game of basketball: You or your wife?

[P]: So it depends on the style that we’re playing. If we’re playing HORSE, she destroys me because she’s a much better shooter than me. If we’re playing normal basketball where I’m allowed to post up and use some physical strength advantages I might have, I usually win. But if it’s more of like a perimeter game, or even like a 5-on-5 game, she’s a much more effective basketball player than I am. She was a Division-1 player a Brigham Young University, that’s where we met.

Who is going to win the office ping pong tournament?

[P]: Oh, I am. I am going to beat Kevin [Ford, one of our engineers] in the finals. Probably sweep him.

What is the lifetime amount of money you’ve spent replacing the office ping pong paddles?

[P]: $90. Two paddles at $45 each, but you should ask Kevin that question. Kevin is at several hundred. He replaces the rubber on his paddles every four or five months. The actual wood part of the paddle is about $120, and that lasts a long time, but the rubber gets worn out over time, so he tears that off, and he replaces that every four or five months. He’s got an equipment advantage.

Big thank you to Peter for his time and dedication to FastModel, his product, and the company vision. As more coaches try and buy the newest FastScout products on mobile and web, feel free to comment below with any questions, comments or reviews for Peter and the FastModel team!