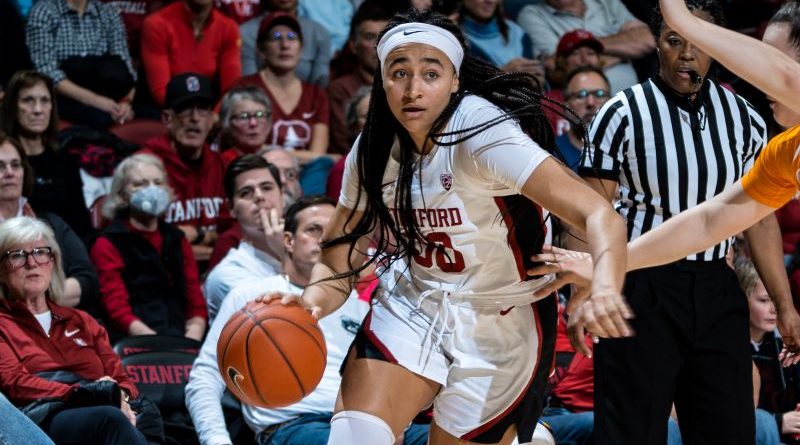 The #2 ranked Stanford Cardinal, powered by their version of the Princeton Offense, look to reclaim Pac-12 and national supremacy.

Second, the Cardinal, #2 in the preseason AP NCAA Women’s Basketball poll, will be out to reclaim the Pac-12 spotlight from the Oregon Ducks. With a talented cast of returnees, Stanford appears to be the favorite out West.

If the Cardinal recapture Pac-12 supremacy, they’ll do it with the Princeton Offense.

Below, we’ll take a look at their version of Princeton with the help of four video breakdowns. Enjoy each video with volume up for details and coaching points.

New FMS customers use the code SAVE10 at checkout to get 10% off any software package of FastDraw, FastScout or a bundle of both. You won’t regret subscribing! #ChampionsUseFastModel

First, their transition offense and flow into the Princeton Offense actions Over the Top and Away.

Second video: Box Entry into Away action. These phases will look similar to what is commonly referred to as Forwards Out and Point Series in the Princeton Offense.

Third video: This video features more Away action mostly from half court situations.

Speaking of Chin, here’s some bonus content of Stanford executing in Chin Phase of the Princeton Offense. Click the image below to add the diagrams to your FastDraw library!

The four frames above diagram Chin from Forwards Out, or as Stanford calls it – Box Entry. See video in Tweet below.

The 2020 college basketball season will be unlike any other. COVID-19 uncertainty will be the major national storyline. “Flexibility” will be the operative word for fans, coaches and players alike.

In the Pac-12, Stanford will be challenged by Arizona and UCLA. And, despite some monumental voids to fill, Oregon will be right there as well.

Nationally, South Carolina is near a consensus #1. The Gamecocks claimed all but one preseason #1 vote. Traditional powers such as UConn, Baylor and Louisville round out the Top Five.

Stanford is the perfect “Princeton” team. They have interchangeable and skilled perimeter players surrounding the versatile interior players needed to execute the offense optimally.

VanDerveer and her squad are surely hoping the season can safely play out. It could be historic.

I’m currently helping several coaches implement this style of play with their teams!

For help with practice planning and implementation of these concepts and other offensive elements for finding, using and creating offensive advantages please reach out and join our community for basketball coaches!