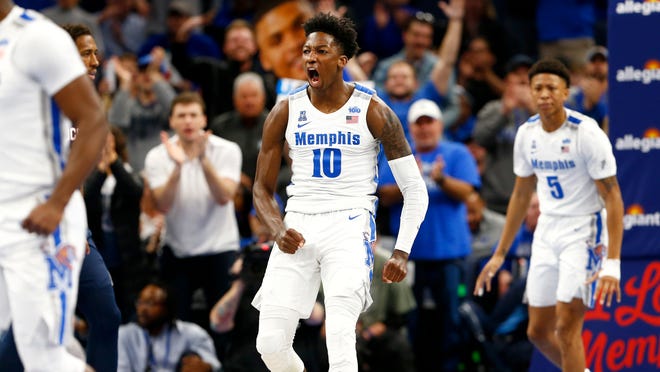 The NCAA men’s college basketball season tips of on Nov. 25 so we’re celebrating with a #Top25XsOs series. First up, Honorable Mention Teams.

Double Stagger: LSU got the most votes of any team not in the Top 25, leading the Honorable Mention category. Last year the Tigers were engaged in a great deal of off ball and on-ball screen actions like this set that features a bit of both.

The LSU Tigers add Shareef O’Neal, the once UCLA Bruin and son of Hall of Famer, Shaquille O’Neal. He’s 6’10 and another active big they’ll use in transition. One of LSU’s staples this past season was the Double Drag Screen in early offense. You can find a lots of options for Double Drag here.

Seal vs Zone: Head Coach Anfernee Hardaway is focused on recruiting and ensuring 4 and 5 star athletes don’t leave Tennessee. His team saw a lot of Zone Defense last year. This was mostly due to the dominant inside presence of 5 star player James Wiseman. Here are a couple of sets we may see from the Tigers this year.

Dice Mix & Guard Post Up: Nate Oats enters his second year at the helm of the Alabama Men’s Basketball program after seven seasons at Buffalo. The Crimson tide spent much of last year in ball screen situations and found success through the use of quick guard work with created space. As the 5th and final SEC team to receive Top 25 votes, the Crimson Tide could have quite a successful year.

Horns DHO: The Indiana Hoosiers under head coach Archie Miller have truly embraced Blocker-Mover offense. Blocker-Mover is an offense developed by legendary coach Dick Bennett and has been validated by the success of Dick’s son, Tony Bennett, the head coach at Virginia. Blocker-Mover’s name speaks to the roles of the personnel; some players are movers (those who look for screens) and blockers (the screen setters).

To get a better understanding of check out Coach Randy Sherman’s deep dive into Blocker-Mover from UVA here.

Floppy High Low: The Louisville Cardinals are in the same position as Alabama, being the 5th ACC team to receive votes, but not enough to make the Preseason Top 25. The Cards are led by Chris Mack, who I’d describe as a “coach’s coach.” His Xavier program had a hugely-followed newsletter, which has over 200 issues out there with tons of sets, info on the game, motivational thoughts, and so on. Louisville will be a squad to watch as Coach Mack gets tenured in the ACC.

There’s more from Chris Mack and Louisville in the Playbank.

Check back soon for more #Top25XsOs! And be sure to check out all plays diagrammed by Coach Hipps on his PlayBank page and follow him on Twitter.