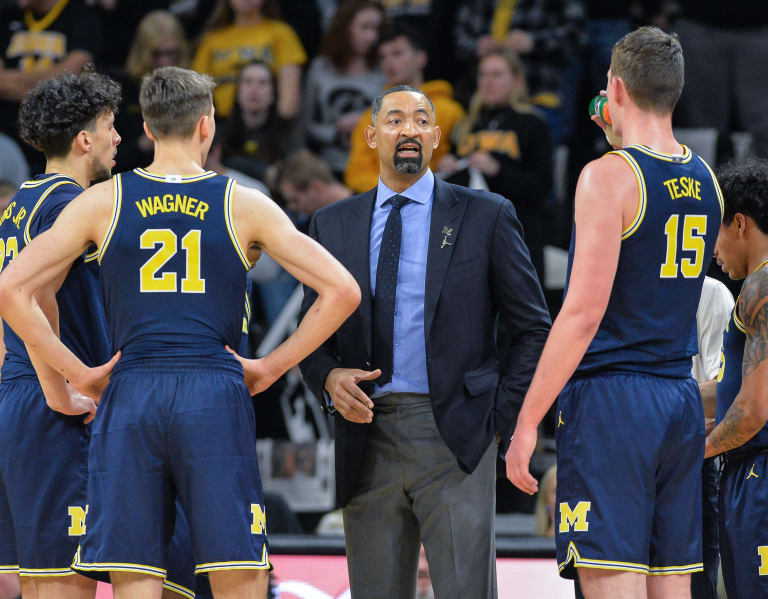 The NCAA men’s college basketball season tips of on Nov. 25 so we’re celebrating with a #Top25XsOs series. Next up, teams ranked 25-21.

Pistol Post: Michigan uses this set, designed out of a Pistol Set, to force the defense into guarding quick multiple actions. Michigan forces the defense into giving up a post iso by utilizing the versatile skillset of center Jon Teske and a flare screen on the backside.

Iverson Fist: Rutgers puts the defense in a tough position with this side PnR set. This set is a great way to confuse a defense on who is tagging the roller. Great movement with consecutive multiple options.

PnP Swing Post: OSU uses this simple set to get EJ Lidell a post iso touch. Lidell posted an excellent PPP of 1.096 on Post Ups during the ’19-20 season. This set is simple yet very effective if you have a player that is excels playing with their back to the basket. The counters and options, such as split cuts, are endless.

Iverson Wiper: UCLA runs a nice quick-hitting misdirection set to get one their best offensive players a shot. They use an Iverson cut by the point guard followed by a quick drive and a wiper screen by the big with shooter Jake Kyman coming back to the ball. Kyman produced 1.07 PPP to lead the Bruins last season, and putting him in the 93% percentile overall according to Synergy.

Drag Back SPNR: FSU runs a nice multiple action set into a SPNR. The multiple actions confuse the defense which results in a wide open look for Wyatt Wilkes, who produced a 1.364 PPP last season on spot up situations. This would be an easy ATO set to implement with your team to get a great look for three-point range.

Swing Through SLOB: This cutting action vs a zone puts a ton of pressure on the zone to communicate and rotate. Simple, yet highly effective set that showcases FSU’s long athletic wings that can score on the interior.

Check back soon for more #Top25XsOs!

And be sure to check out all plays diagrammed by Coach Weir on his PlayBank page and follow him on Twitter.