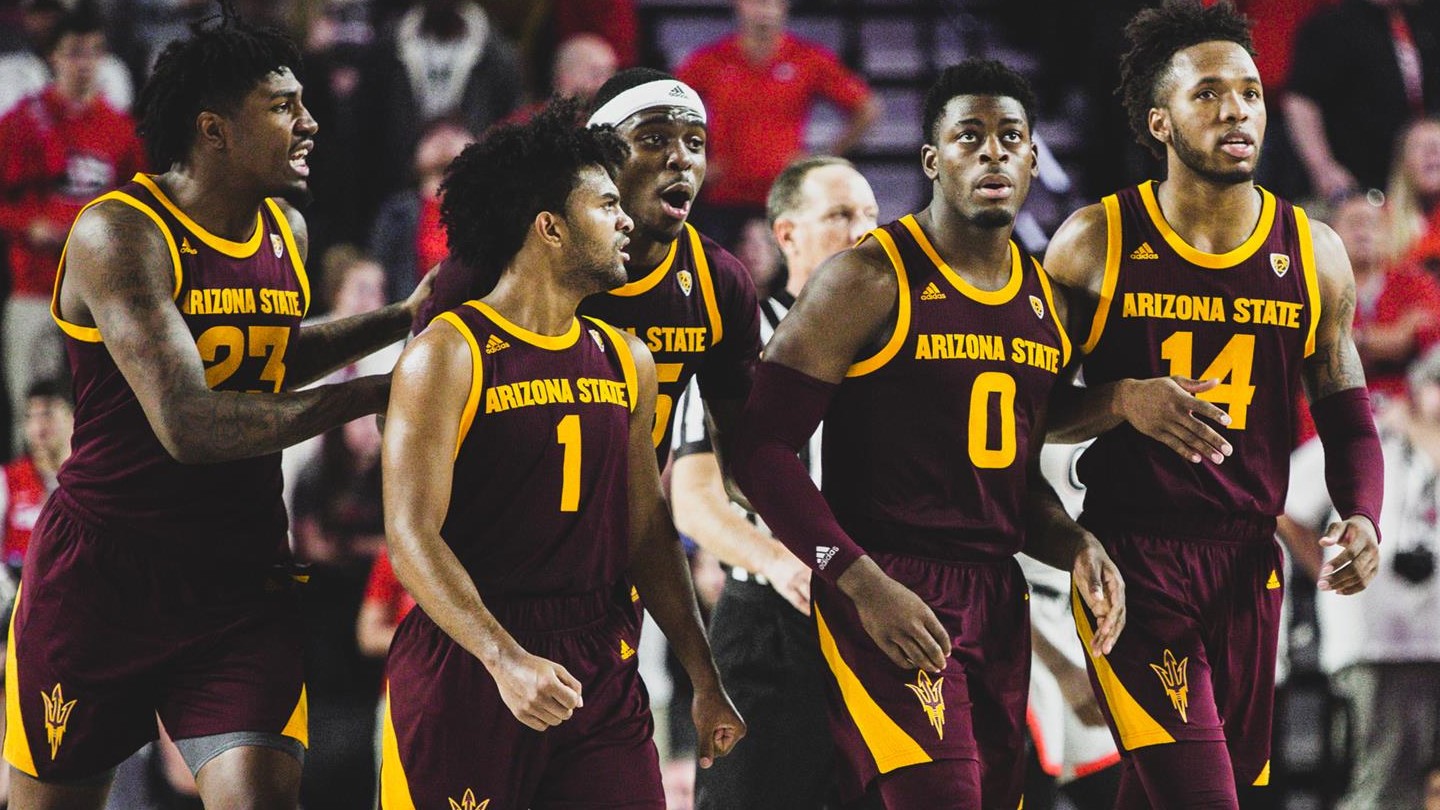 The NCAA men’s college basketball season tips of on Nov. 25 so we’re celebrating with a #Top25XsOs series. Next up, teams ranked 20-16.

Horns Triple: The benefits of Horns action has long been understood by coaches. There are so many variations to run out of it. In this case, the Ducks utilize a good amount of movement before eventually setting the triple screen for a look from deep.

Point Over: One of the things that Texas does best is simplicity. They have shot creators and playmakers surrounded by great positional length, and with the addition of elite level athleticism in Greg Brown they are even more versatile.

Shaka Smart’s approach to offense in Austin has been predicated on spacing the floor wide, using middle and twisted ball screens with pogo stick big men who put pressure on the rim and let players go make plays.

They also place a premium on off ball cuts. The Longhorns do a great job of backdoor cuts if the defender loses sight of them while helping to stop dribble penetration.

4 Flat Twist: Another action from Shaka Smart that the Longhorns utilized efficiently in the ’19-20 season was this 4 flat into a twisted ball screen.

This action would be used to counter teams that hard hedged or tried to show aggressively to contain the Longhorn guards. With the last minute twist to the screen it would penalize good coverage and leave runways for the Longhorn perimeter players to drive, cut, dish and repeat. The beauty is in the simplicity.

Zone Step Up: Coach Bobby Hurley uses this creative idea to overload a 2-3 zone and create a seam with a step up ball screen.

Shallow Double Drag: The Cougars use this set to give their guards double driving gaps and accentuate it with sending them to that gap off a non-traditional double drag screen. The 3 man coming from high to low in order to set this traffic screen puts x3 in a very tough situation depending on ball screen coverage. It simply looks like 3 will slice through and then he will flip his hips into a double drag screen with 4.

The set ends in beautiful spacing with room to play on the catch. While Houston’s initial action doesn’t always result in a basket, the action shifts the defense with hard cuts, body to body screens, and threatening drives. This creates driving lanes where that Cougars will crack by the end of the possession.

L Hammer BLOB: This is a great BLOB from Houston utilizing a similar action from its Box Punch set. This set has a designed reject and weak side hammer action that is executed perfectly in the clip below.

Box Punch Stagger: This is a simple but efficient set that places the defense in a decision moment. There is a threatening small to big back/cross screen while the best shooter is simultaneously coming off a double stagger. If the ball is swung, then the 5 is able to dive and seal for another deep post catch opportunity.

Check back here for more #Top25XsOs!

And be sure to check out all plays diagrams by Coach Nedbalek on his PlayBank page and follow him on Twitter.