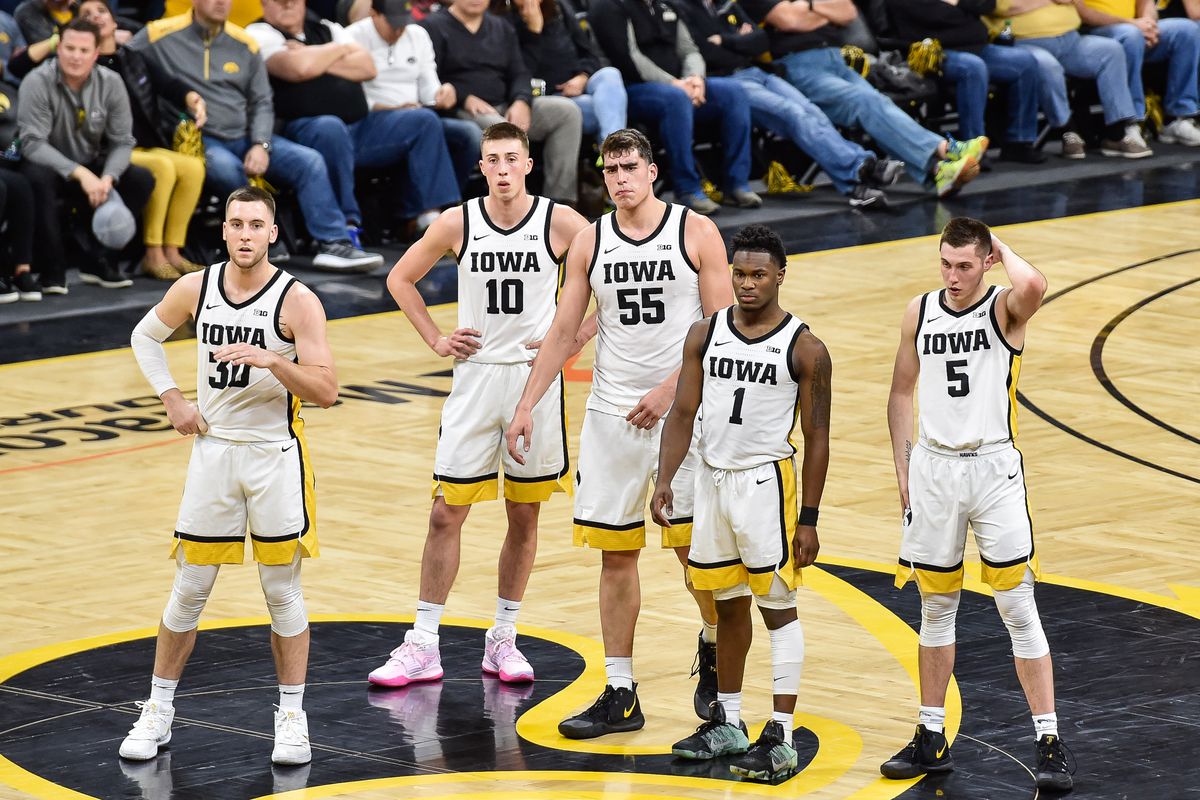 The NCAA men’s college basketball season tips of on Nov. 25 so we’re celebrating with a #Top25XsOs series. At last, here’s the Top 5!

Baseline Screens vs Zone: Iowa has always been one of the most efficient offensive teams in the country under head coach Fran McCaffery. This zone play is designed to set three baseline screens on the bottom of the zone and get an athletic guard a lob at the rim.

3 Low BLOB: Virginia uses this BLOB as an end-of-game play when needing a basket with less than two seconds. The initial alignment is 3-across baseline, with best shooter at the FT nail. Post players should be on the blocks and guard right under the hoop. Play begins with a staggered screen for your best shooting post player. Once the 5 clears, the 3 player immediately re-screens for the 4 and a lob pass is thrown. The play looks to take advantage of a late clock/game switch.

Spain Angle: The Spain pick and roll has been a popular over the last couple of years and “Spain Angle” is a set used by Villanova to counter basic Spain PNR action. The 2 and 5 stack at the FT line area and the play begins with 2 setting a fake screen (ghost screen) and then spotting up for a potential 3pt shot if teams switch or don’t communicate effectively. If the 3pt shot is not open, the 5 immediately sprints into an angle ball screen with the point guard. The point guard comes off the screen looking to score, pass to the screener rolling to the basket, or read the help defense and find the open player on the weak side of the floor.

Box Zipper: Is there a more underrated coach in the country than Scott Drew? Here is a great set Baylor has used over the last several seasons to get Jared Butler in the pick and roll and their bigs in Roll/Replace action.

Box Lob BLOB: This BLOB play is excellent if you have a post player that can catch lobs and finish at the rim. The initial set-up is a box alignment with your post players at the ball side elbow and block. When the ball touches the inbounder’s hands, the weak side elbow guard cuts hard to the ball to occupy the defense. The strong side post player pops out to receive the ball and then looks for the other post player coming off a diagonal screen for a lob pass.

That’s it for our #Top25XsOs series. Enjoy the college basketball season, and stop by often for more plays and coaching content.

And be sure to check out all plays diagrams by Coach Hamilton on his PlayBank page and follow him on Twitter.