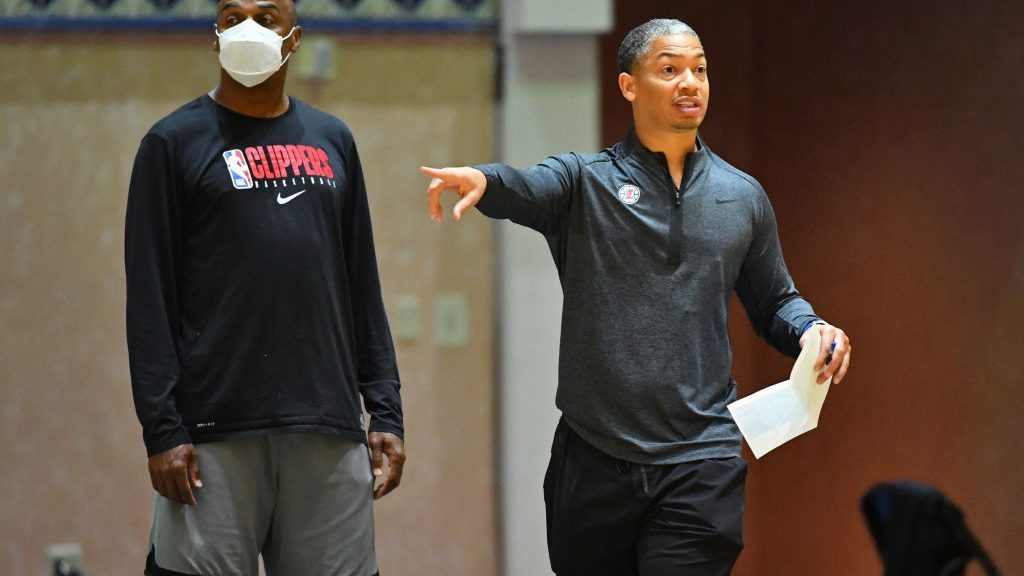 Put your players in an immediate scoring position from a dead ball with these SLOBs that work from the game’s highest level.

Let’s start with a question: Do you try to score from a sideline out of bounds (or is it sideline inbounds?) situation?

Some coaches may and some may not — and neither is right or wrong. If you happen to enjoy attacking from a dead ball, then this post’s for you!

Connecting inbounds to offense has many advantages (contributor Radius Athletics has a great post about that here). Sure, the defense is set, but you have a play ready in which your team has practiced, thus nullifying any advantage the “set” defense may have. In fact, it’s potentially more likely that you’ll be able to shift the defense in a way you desire with the first action due to the nature of it being set, making your second action that much more effective.

There are coaches who justifiably don’t believe the benefits outweigh the drawbacks. As big believers in the power of preparation, we definitely understand the argument that less time spent on inbounds plays leaves more time for other areas of importance, be it half court offense, defense, transition, etc. It’s all up to each individual coach to determine what is important to them and tailor it to their playing style and athletes in their program.

Yet, as also major proponents for scouting (have your heard of FastScout?) we of course have to acknowledge that this works both ways. If you’re attempting to score off SLOBs, then your opponents will have to spend their valuable practice time preparing for that as well.

Either way, we’d love to hear from coaches who have various viewpoints on the topic of SLOBs, so tag us on Twitter to share your personal opinion! (The last Twitter debate we had was a good one, FYI.)

Below are just a few examples of how to execute quickly from a SLOB situation. Get creative with alignment, actions and personnel to keep the defense guessing and make your team tough to guard (and scout). To browse all SLOBs on the Playbank, go here.

Check out the slideshow to view the three featured SLOBs from this week’s email, along with three bonus plays. Click on the play title below to download to your FastDraw library.

New subscribers grab 10% OFF with code SAVE10. You won’t regret investing in yourself and your program. Get started today!

In his first season as head coach, Tyronn Lue has the Clippers in contention not only for first place in the West but also the best record in the NBA. With skilled athletes like Kawhi Leonard, Paul George and Lou Williams, why wouldn’t you want them attacking from a sideline out of bounds situation?!

This SLOB is an example of connecting inbounds to offense as it flows into the three-player molecule. Click the play link for a video example. For more Brooklyn XsOs, Radius Athletics dove into the Nets’ Motion Strong series:

Check out contributor Tony Miller‘s breakdown of this set in his weekly FastDraw Chalk Talk series below. You can find more Bucks XsOs here.

Contributor Kostas Kalogeropoulos submitted this play while watching the Bulls face the Rockets early this NBA season. The stagger screen with the floor spread leaves plenty of options to finish the play. You can grab his full playbook with 15 sets from that game here.

This happened to be the #7 most downloaded play diagram of 2020, so you know it’s good!

Take advantage of defenses overplaying or attempting to deny your point guard from receiving the inbounds. If you have a 5 who can pass, this play will work very well. If the 5 can shoot and dribble too, they have the option to go to work in a wide open paint with shooters surrounding.

Join over 60,000 coaches and get our Plays of the Week emails sent to your inbox! Subscribe here.