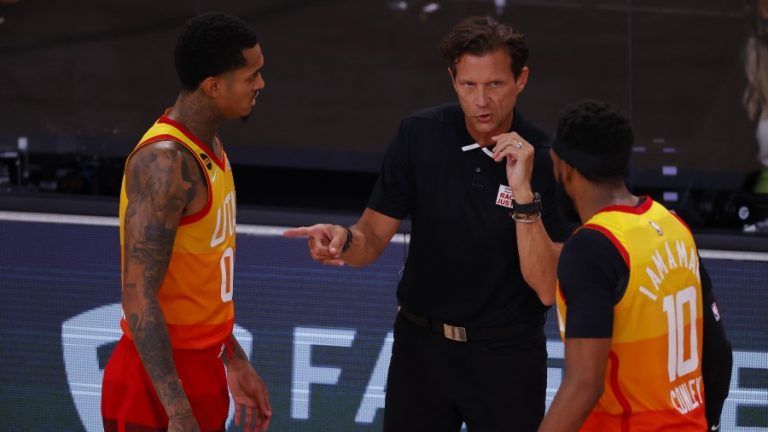 Head coach Quin Snyder has the Utah Jazz off to a red hot start this season, in part due to creative and aggressive After Time Out plays.

At the time publication, head coach Quin Snyder has led the Utah Jazz to the best record in the entire NBA at 20-5.

Snyder deservedly collected the NBA’s Western Conference Coach of the Month award for December/January. The Jazz strung together an impressive 11-game win streak during January alone, outscoring opponents by almost 16 points per game. It’s the second 11-game win streak Snyder has guided Utah through, also doing it in 2018.

And as if this wasn’t enough success, the Jazz set the NBA record for most 3-pointers in a calendar month, nailing 285 triples in January 2021. Talk about en fuego!

Seems like it’s about time we gave the Jazz their due. TeamFastModel contributor Kostas Kalogeropoulos has been paying close attention to the Jazz this season. He is a big fan of Quin Snyder’s aggressive offensive philosophy, particularly these after time out sets, often diagramming them in FastDraw immediately. Here are a few of his recent favorites.

Click on the image to download to your FastDraw library, and check out more on the Playbank:

There is a lot of season left to play in the NBA, so time will tell whether Quin Snyder and the Jazz have what it takes to make a serious run at a championship. What we do know is that the philosophy of attacking the defense with set plays after time outs isn’t going anywhere.