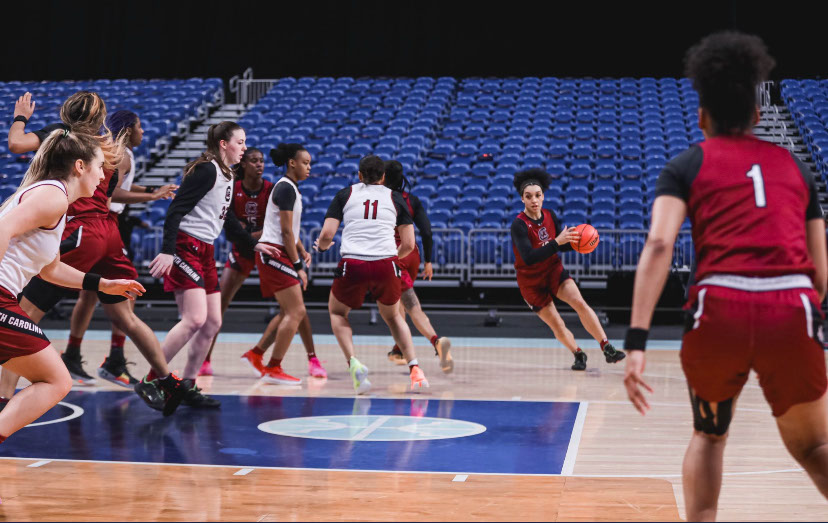 Coach Aaron Schuck breaks down the best BLOBs from Arizona, South Carolina, Stanford and UConn ahead of the NCAAW Final Four.

Are BLOB’s the key to winning the NCAAW Final Four?

It may seem like a silly question, but hear me out…

When taking a look at the teams who made it to the NCAAW Final Four, you’ll see that each one of them is clicking in all areas over the last 5-7 games. They have been able to put points on the board and get key stops on the defensive end. Within the flow of the game, I see all four teams being able to continue to score the ball against solid defense. I think special situations, such as baseline out of bounds situations, are areas that can lead to a national championship.

Let’s take a dive into the numbers behind each NCAAW Final Four team’s efficiency in BLOB situations based points per possession (PPP) during the tournament and see what we find.

New users grab our biggest offer of the year by entering the code MARCHMADNESS at checkout. #WinnersComePrepared

Click on a diagram to download it to your FastDraw library, and check out our recent Plays of the Week email featuring our favorite sets from each NCAAW Final Four team.

So… are BLOBs the key to winning the NCAAW Final Four?

BLOB’s are a great way to “steal” points in a game. When losing close games, we always go back and think about missed free throws, turnovers, wide open shots that were off the mark, etc. But over the years, I’ve made it a habit to study special situations like BLOB’s to see how many points we scored off them and gave up from them. I do not just want to settle for just getting the ball inbounds; I want to score off them and prevent teams from scoring doing so. With three games left in the season, I’m willing to bet that if any of the games are within six points or less, whoever wins the BLOB phase will be the team who wins.

Click to check out more plays and drills from Coach Aaron Shuck.

Coach Schuck just completed his 14th season coaching. 12 of those years have been on the women's side of the game. He has served in various roles such as a varsity assistant, head varsity coach, and most recently as a college assistant coach. You can reach out to by visiting his website, email, or by social media. Twitter: coachschuckBU