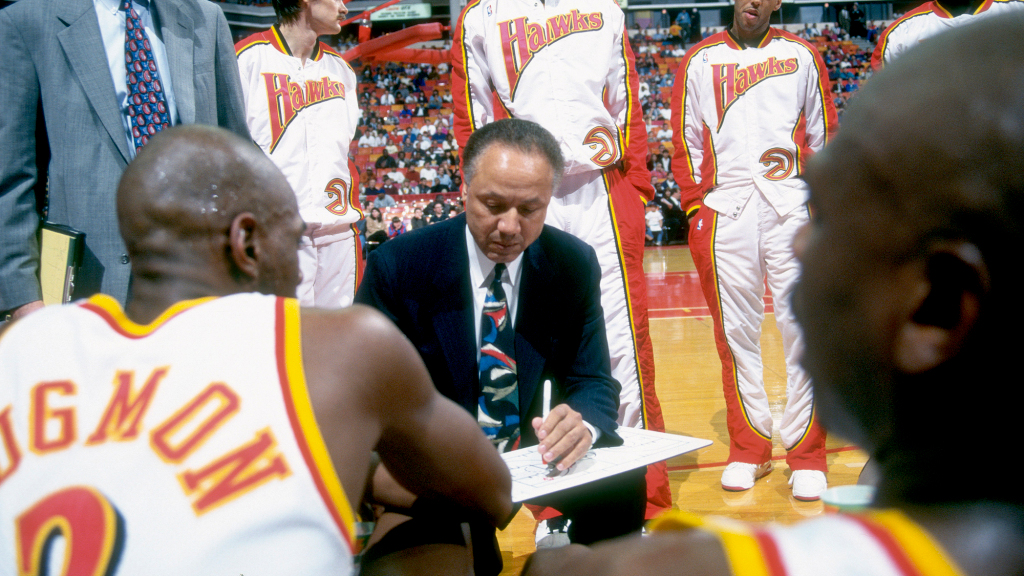 The 2021 NBA Playoffs are well underway as several first round series are coming to a close. It’s been exciting to watch as always, and of course there are plenty of great XsOs for coaches to learn from in these games.

Yet sometimes, its helpful (and fun) to take a look back and study the original the greats of the game, the coaches who taught the next generation of coaches how to do it. Basketball has changed, but it also hasn’t changed – the basic concepts have always been the same and still work as well today as they did in the past.

Enjoy these play designs from NBA coaching icons. Click on a diagram to view frame descriptions and download it to your FastDraw library. Shout out to contributor Dymetrius Ware for the sets!

The off season is SEPARATION SEASON – where the good become great and the best become better.

The most trusted tools in the game to take yourself + your program to the next level next season.

Super simple quick hitter to get a catch in the post. Even if denied, the ball can be reversed for a high low look or drive by 1. The 1-4 alignment is great for disguising offensive sets, too.

We all know how successful the triangle offense was for Coach Jackson with the Bulls and Lakers. This classic set is a perfect example of the triangle at its finest: a post feed with two clear options/actions off the ball. As this one begins from a SLOB, it makes it even more valuable.

This box set BLOB was a staple that Coach Wilkens would run for sharpshooter Steve Smith (2) to get an open 3pt attempt off the inbound. Even if it doesn’t result in an open look, players are in a great alignment to reset. See more examples of connecting inbounds to offense.

Another example of a triple stagger from a baseline out of bounds, however in this set Coach Pitino runs it toward the corner and uses the inbounder as the screener, not the shooter.

Also from an initial box alignment, making it a great counter to the Hawks play above and generally easy to keep the defense guessing on what’s coming. Check out more stagger actions.

Spain action is so effective at releasing a screener for a paint touch. This set gets the ball to 5 to let them work in space with little help opportunities for the defense.

Hit us up on Twitter to let us know which of these sets you’re adding to your library – and if and when they work for your team! Share your own legendary coaching diagrams with the hashtag #XsOsVault.

Make sure to check out Coach Ware’s Playbank page for more awesome XsOs.

ATLANTA, GA – CIRCA 1994: Head coach Lenny Wilkens of the Atlanta Hawks talks with his team while there’s a time out during an NBA basketball game circa 1994 at the Omni Coliseum in Atlanta, Georgia. Wilkens coached the Hawks from 1993-2000. (Photo by Focus on Sport/Getty Images)
Sharing
Authors