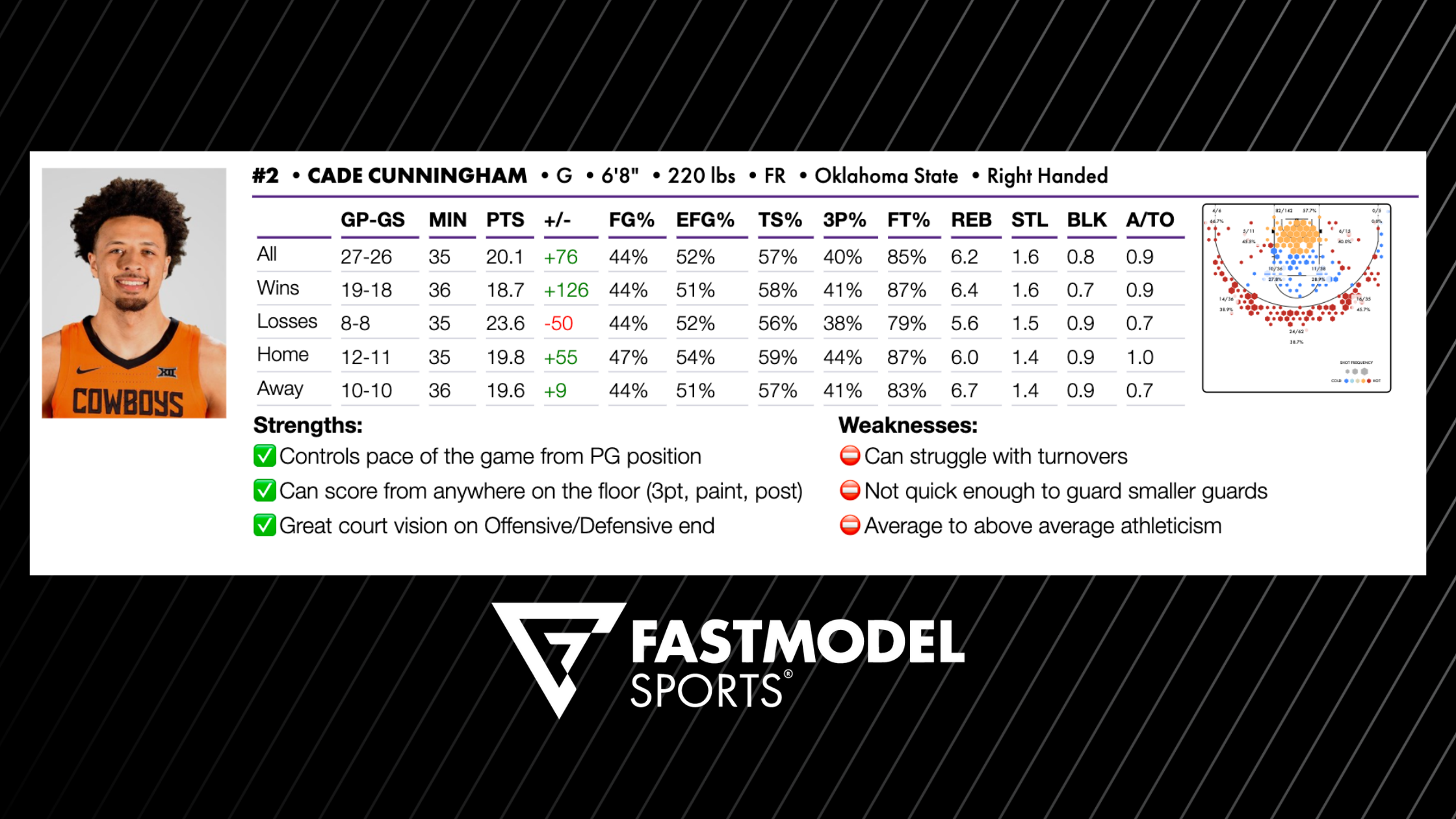 Check out our FastScout Player Profiles for the top five prospects in the 2021 NBA Draft, along with go-to FastDraw plays and video clips.

The NBA Draft always excites us as its a chance to glimpse the game’s future stars at a turning point in their basketball journeys.

Ahead of the 2021 edition, we had some fun creating FastScout Player Profiles for each of the top five projected picks.

Hope you enjoy these FastScout Player Profiles! Who would you draft with these insights?!

FastScout is the #1 scouting report tool for all levels of basketball. NCAA and Professional teams have ability to utilize our automated stats, shot charts, player photos, team logos and more. High School and Youth levels have the ability to manually enter information.

Learn more about FastScout and the right level for your program. New subscribers use promo code SAVE10 for discount.

With Cunningham’s combination of size and skill, it’s no wonder there wasn’t many players at the college level who could stop him. OSU often posted him as he almost always had a smaller playing defending him. Placing Cunningham as the inbounder for baseline under situations was an easy way to get him on the block.

NBA scouts have been dreaming of adding Mobley’s athleticism to their rosters for over a year. No matter which team selects him, no doubt they’ll put him in PNR situations like this to utilize his screening/popping/rolling abilities.

Toss the ball toward the rim and let Green go get it. He shoots a decent enough percentage from beyond the arc that defenses must respect it, thus opening up the lob opportunity if/when they overplay him. You’d expect his shooting ability to only improve in the NBA, which would only make a set like this more effective.

Mark Few often called up looks like this to take advantage of Suggs’ elite vision and passing. A simple ghost screen is all it takes to confuse the defense. Let Suggs cook from there! He almost always makes the right decision.

When you have an athlete like Barnes, you don’t complicate your offense. Give him a quick DHO and have teammates space and clear the lane. He’ll do the rest from there.