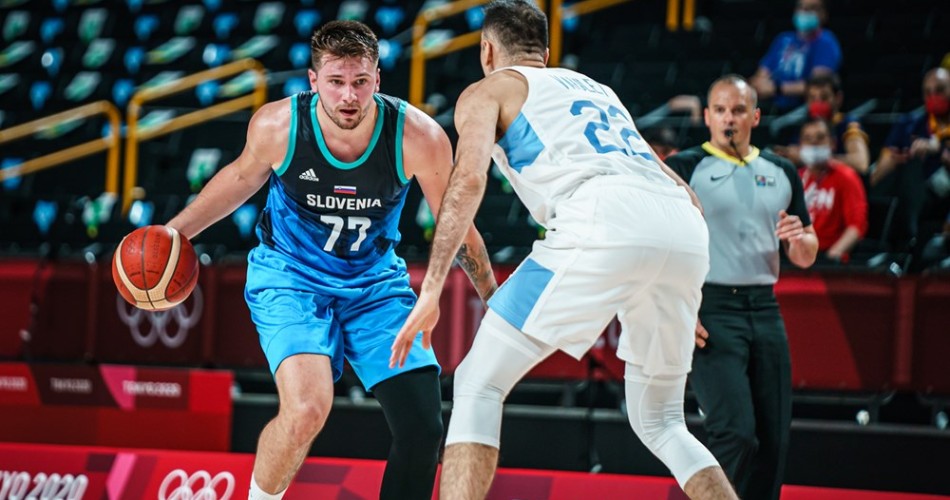 How Slovenian star Luka Doncic analyzes PNR reads, plus ideas on how to more effectively watch game film with players for maximum impact.

When a coach tells me they “watch film” with their team, I always wonder what exactly that means to them. I’m nervous it’s what has been done for years – watching 10 or more minutes of a lot of clips, maybe with the same theme(s), but maybe not.

With today’s players and the habits they’ve formed consuming short social content, I think it may be more effective to watch fewer, shorter clips. A goal this year with our BJU team is to use more of these clips to reinforce and teach specific concepts. Also different is that we may not even watch these together as a group. In fact, what you’ll see below are three clips I’ll send to them via our group chat and FastScout mobile app for the players to watch on their own.

The unique thing about these three clips is they’re the first three possessions of the game for Slovenia. In each, the defense makes slight adjustments in an attempt to slow down Slovenia’s Luka Doncic. But as you’ll see, Doncic’s ability to read primary and secondary defenders creates open scoring opportunities for different teammates on each trip down.

Let’s break down the clips.

Coach Tony Miller, host of A Quick Timeout Podcast, is nearing 10K followers on Twitter! To celebrate our partnership with this long time TeamFastModel contributor, we’ve gifted him 1 FastDraw and 1 FastScout license to giveaway to lucky coaches in our community.

Grab a license of FastScout Premium for the ’21-22 season to prepare your team for its best year ever. Use the 20 mobile accounts for your players to share video, notes, workouts, FastDraw diagrams, playbooks and more.

On every possession, Slovenia begins with a down screen immediately into a ball screen. The defender flat shows to prevent Doncic from turning the corner to score. Doncic’s defender chases over the top of the ball screen, signaling the ball screener to roll to the rim. Spacing on the weak side of the floor from Slovenia’s shooters keeps Lithuanian defenders from helping in the paint. Doncic reads the secondary (i.e., help) defenders and delivers a pass to the roller for an easy finish at the rim.

This time, the ball screener’s defender trips, opening up a driving lane for Doncic. Two Lithuania help defenders step over to stop the drive. On the help, #40 for Lithuania steps down to split the backside defenders in a help-the-helper scenario. Having drawn two defenders, Doncic kicks to his open teammate. As the closeout is too long for #40, the end result is made 3PA for Slovenia.

The third time, Lithuania decides to change its PNR coverage and attempts to attack Doncic. With the advantage of running downhill already, Luka turns the corner to get around the ball screen defender and draws a stunt from the corner Lithuanian defender. Doncic pitches to the corner for an open three.

Three clips, the same play for the offense. But in each scenario, the defense is slightly different, which presents a great opportunity for the PG to quickly read and decide how to make slight adjustments.

Bigger picture: the clips are short, fun, engaging, and educational. Technology has given us so many new opportunities as coaches to make our players better. Coaches, are you maximizing these opportunities?