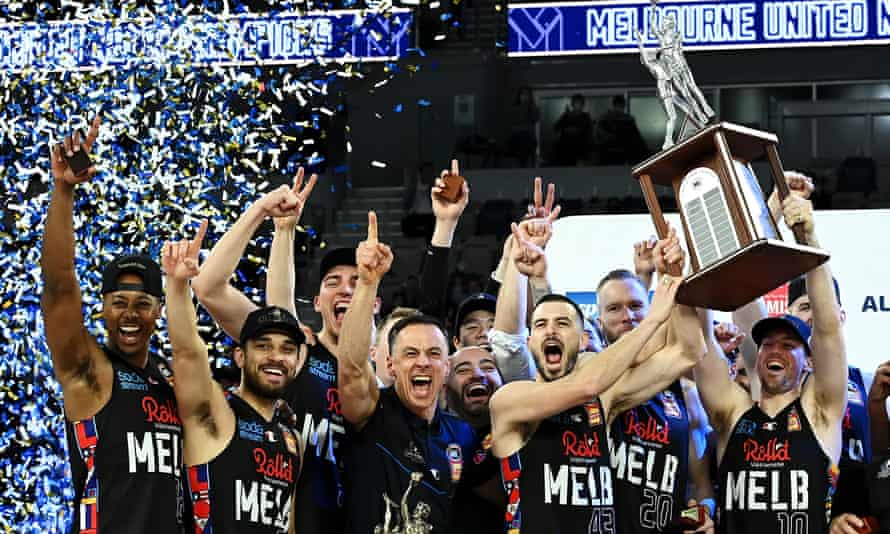 When it’s crunch time in the playoffs of a long season, coaches naturally look for every competitive advantage available. Melbourne United’s staff was no exception, which is why it was excited to utilize FastScout Pro for its 2021 NBL Playoffs run.

Turns out, that was a great decision as the squad from Victoria’s capital city captured the 2021 NBL championship. Not only did it defeat the Perth Wildcats 81-76, but that completed a 3-0 sweep in the best-of-five finals series as well.

It was the organization’s sixth championship, second most in NBL history. It’s also the second title under head coach Dean Vickerman, who led the club to the NBL trophy in 2018.

The club embraced a multi-faceted approach of data, analytics, video and technology into its scouting strategy for the business end of the season. Players and coaches were prepared for every matchup with so much information at their fingertips.

We caught up with Assistant Coach Justin Schueller to talk about the team’s use of the FastScout Pro during the Playoffs. Coach Schueller was the club’s point person with the program, seeing numerous benefits for both players and staff in both pre and post game scouting. Here’s an excerpt of our conversation with Coach Schueller.

Top teams around the world use FastModel Sports platforms to stay organized and complete game prep, making sure no detail goes unnoticed. You can too.

FastScout isn’t just for written scouting reports. We’ve integrated video capabilities, play diagrams, mobile sharing, shot charts and more. Your program will have all the info it needs before it even hits the court on game day.

FMS: What was your favorite feature of FastScout Pro?

Justin Schueller: The ability to build scouts quickly and accurately in between games, especially playoffs. The ease in being able to share with the team through the app and ability to give players exactly what information they needed from game to game.

JS: We used it in the lead up to build our defensive schemes through data and then share that info with the team. The ability to build scouts quickly and accurately was invaluable through the heavy schedules, and also in the Covid world where who we would play next could change from day to day.

FMS: How did you see FastScout Pro benefit your players?

JS: Being able to access data quickly and with ease on their phone allows them more time with the info they need coming into the next opponent.

FMS: How was the overall user experience with the product?

JS: Very user friendly and easy to teach others how to use and build scouts.

Did you integrate video with FastScout Pro, and how was that experience?

JS: We did incorporate all of our video scouts into the scouting reports when we would send them out, which was great for the athletes to have one spot to view/read everything.

Introduced in the summer of 2021, FastScout Pro brings all the automated and advanced analytics trusted by champions in the NBA, WNBA, G-League and 700+ NCAA basketball programs and the professional international market. Automated player information and images combined with personalized analytics (including shot charts, lineup stats and clutch stats) help coaching staffs save time, money, and be more efficient in their opponent and self scouting workflows. Plus, with a world-class mobile experience on FastScout (for Android & iOS), it’s easy to share scouts securely with select players and staff.

If you think FastScout Pro can help your team, contact sales@fastmodelsports.com for more information.

Melbourne United wasn’t the only club to win a championship in 2021 with the help of FastScout Pro’s powerful features. Panathinaikos captured the Greek Basket League title after implementing the platform into its daily workflow for the playoffs. It was the club’s 39th GBL trophy as it has never been relegated from the first division. Head Coach Argyris Pedoulakis has the Athens-based club primed for more Greek and European success in the 2021-22 campaign.

The United States’ Men’s and Women’s Senior National Teams also utilized FastScout Pro to gain the winning edge in the recent 2020 Tokyo Olympics. The squads won their fourth and seventh consecutive Olympic Gold Medals, respectively. At the youth level, the USA U19 Men’s team also utilized FastScout Pro to create quick, succinct scouting reports and share with players on the way to its Gold Medal.

High School and AAU clubs are also seeing the benefits of FastScout at the youth level, using manually-entered data. See how coach Mike Knight uses the platform as an all-in-one player development tool for his program. Sharing skill workouts, video tutorials, and providing feedback to his team is just the start. Take it from Coach Knight himself.