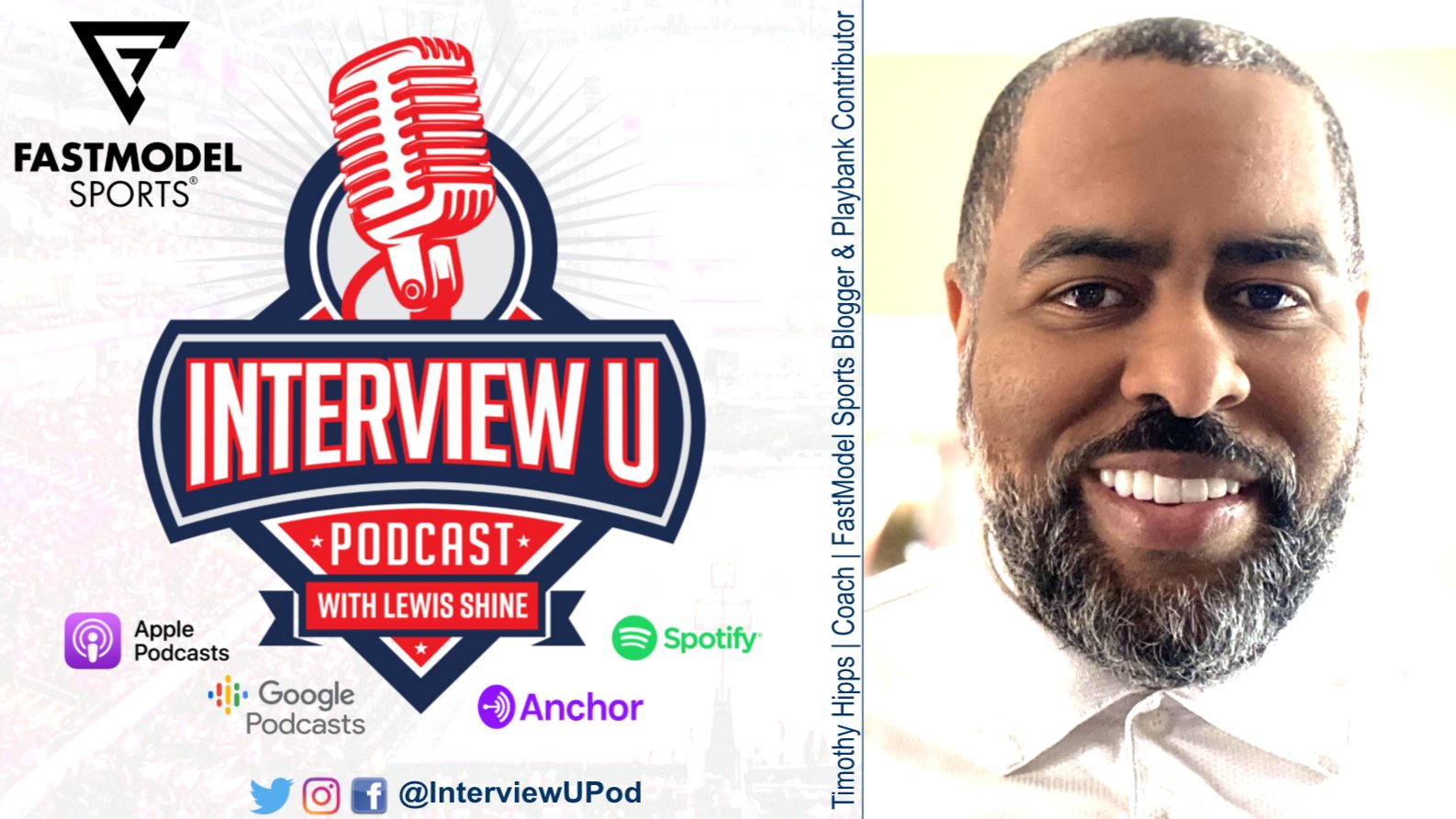 Takeaways from episode 2 of the InterviewU x FMS podcast series featuring contributor Timothy Hipps on his coaching journey and philosophy.

In episode two, Lewis chatted with TeamFastModel contributor Coach Timothy Hipps of Central HS in Capital Heighs, MD. The two got into the nitty gritty of teaching players, watching film, utilizing technology and sharing the game with coaches in order to learn and grow.

Here are some of the top takeaways from this episode with Timothy Hipps.

Before he was ever a basketball coach, Mr. Hipps was a teacher. In fact, teaching is partly responsible for why he gravitated to coaching. Essentially, he noticed both professions have to do with communicating the right messages to help students/players learn.

“What I began to realize is that there’s a lot we know as coaches that we don’t know we know, and don’t that know needs to be told to somebody else. I started having all these aha moments where certain things need to be explained a certain way, and kids need to find themselves in certain situations in order to learn and adapt.”

Once his coaching career began, it was clear that he could translate his expertise from the classroom to the court and vice versa.

“As a teacher at the school, I saw where coaching basketball was allowing me to build better relationships with students and helping me with classroom management, and how I was connecting with the kids that way.”

Coach Hipps didn’t play in college, but was around the game constantly, always picking out plays he liked. He eventually got an assistant job at a local high school. This is where he really began to understand and embrace the coaching chess match of a basketball game.

“At the high school level where you’re playing teams twice during a season and again in the playoffs, it becomes that chess match. Hitting opponents with your favorites the first and second time you see them, then hitting them with that counter when you see them in the playoffs.”

He suggests creating a series in your FastDraw library of counters to all base plays and sets.

Having real, intentional film sessions is something Coach Hipps understood was important from the get-go of his coaching career. Helping players grasp the XsOs of the game is a critical part of his coaching style and philosophy, as much as is teaching fundamental skills are. His favorite thing is when a player hits up the group chat with a set they saw while watching a game.

“I love putting in plays that kids know they are going to see when they watch that game on TNT that night. Kids have got to play the game that they watch on tv. I make sure that we’re doing things in our gym that kids can see when they’re watching college and pro games.”

Of course coaching skills and fundamentals is important, but that next level XsOs understanding can be the difference between winning and losing in crunch time.

How FastDraw helps his program

Another lesson Coach Hipps knows very well from teaching is that not everyone learns the same. This requires him to teach in multiple ways.

“FastDraw is really vital to what we’ve been doing as a team and as a staff. So when we’re putting in a new play, we might walk through it in practice. They might learn it for the first time. That night after practice is over, I’m dropping the diagrams in the group chat. Or vice versa. Everybody learns different. Some are going to remember it because they walked through it, some are going to remember it because they’ve seen the diagrams.”

He’s also a big believe in showing video whenever possible – especially of plays that are run to perfection by top teams in the NCAA and NBA.

“It makes no sense for me to just show kids a set and just say trust me it works. They got to see somebody at a high level have success with it in order to get that buy-in.”

Sharing the game as a FMS contributor

We have worked hard to build a coaching community here at FMS. Working with passionate coaches like Timothy Hipps is a key part of this strategy. He’s also seen the benefits and made countless connections through networking by using FasModel products as a platform. For example, coaches on Twitter were scrambling for the diagram of a Tandem Spain action that the Phoenix Suns ran during the 2021 NBA Finals. He was one of the first to diagram it and share.

Check out the video below for examples of how FastScout can help program win more games. It’s not just for creating scouting reports (although it does those very well). Coaches all over the country use the program to improve player development by sharing workouts, playbooks and videos with their team via our mobile app. See for yourself why FastScout is a full program tool.