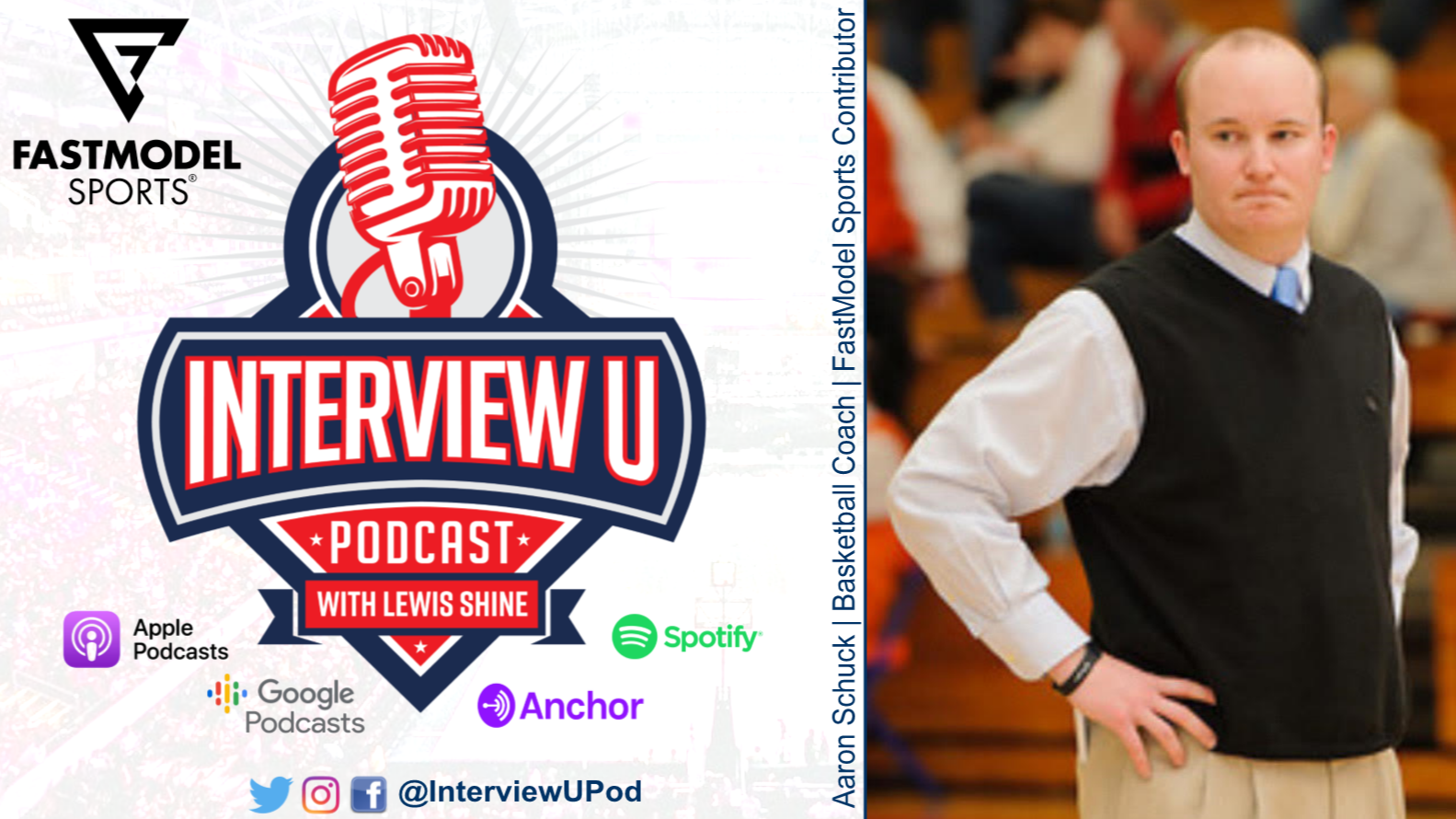 Takeaways from episode 3 of our serving coaches series with InterviewU featuring FMS contributor Aaron Schuck on style, motivation and more.

In episode three, Lewis chatted with TeamFastModel contributor Coach Aaron Schuck about how he got into coaching, what motivates him, how he motivates his players, how technology has helped him improve as a coach and much more.

Here are some of the top takeaways from this episode with Aaron Schuck.

SAVE10
LISTEN TO EPISODE

Falling in love with coaching

Got into coaching really early, as in right after graduating from North Gwinnett HS in Georgia. Schuck’s coach Ralph Nunn recognized that he had the aspiration, so he gave him a whistle and a clipboard to help with the varsity boys program.

Lessons learned along the way

“If you’re doing the right things, you’re working hard every day, you’re not cutting corners, taking the easy way out… and you hold those kids to that standard every single day, there’s going to be moments throughout the season or throughout the course of four years, that when they’re 35, 36, 37 years old, they’re going to be able to reach back and be able to use that later in life. That’s something that has always stuck with me, and I will never waiver from that.”

What makes a coach “successful”

“I think success is defined by not wins and losses but what do your players do when they graduate. What kind of people are they? Did you help them become the person that they wanted to be?”

“I’ve been very fulfilled. The people that coaching has brought into my life, mentors that I’ve had from the game of basketball, what I’ve learned from it, how I live my life day to day, the values its instilled in me, it’s been very fulfilling.”

Discovering the power of FastDraw

“It’s a way to stay connected, it’s a way to meet other coaches. It’s a way to share and for people to see what you do, and for me to see what they do. You kind of pick and piece what you like from others and form your own opinions and philosophies from that. If you’re an XsOs geek like I am and most coaches are, it’s one heck of a product.”

Stop doing the same old same with your team this season. Invest in your program (and yourself) with the all new FastScout Web platform, which integrates perfectly with – you guessed it – FastDraw. See how much more engaged your players are when you send them playbooks, scouting reports and game plans to their mobile devices.