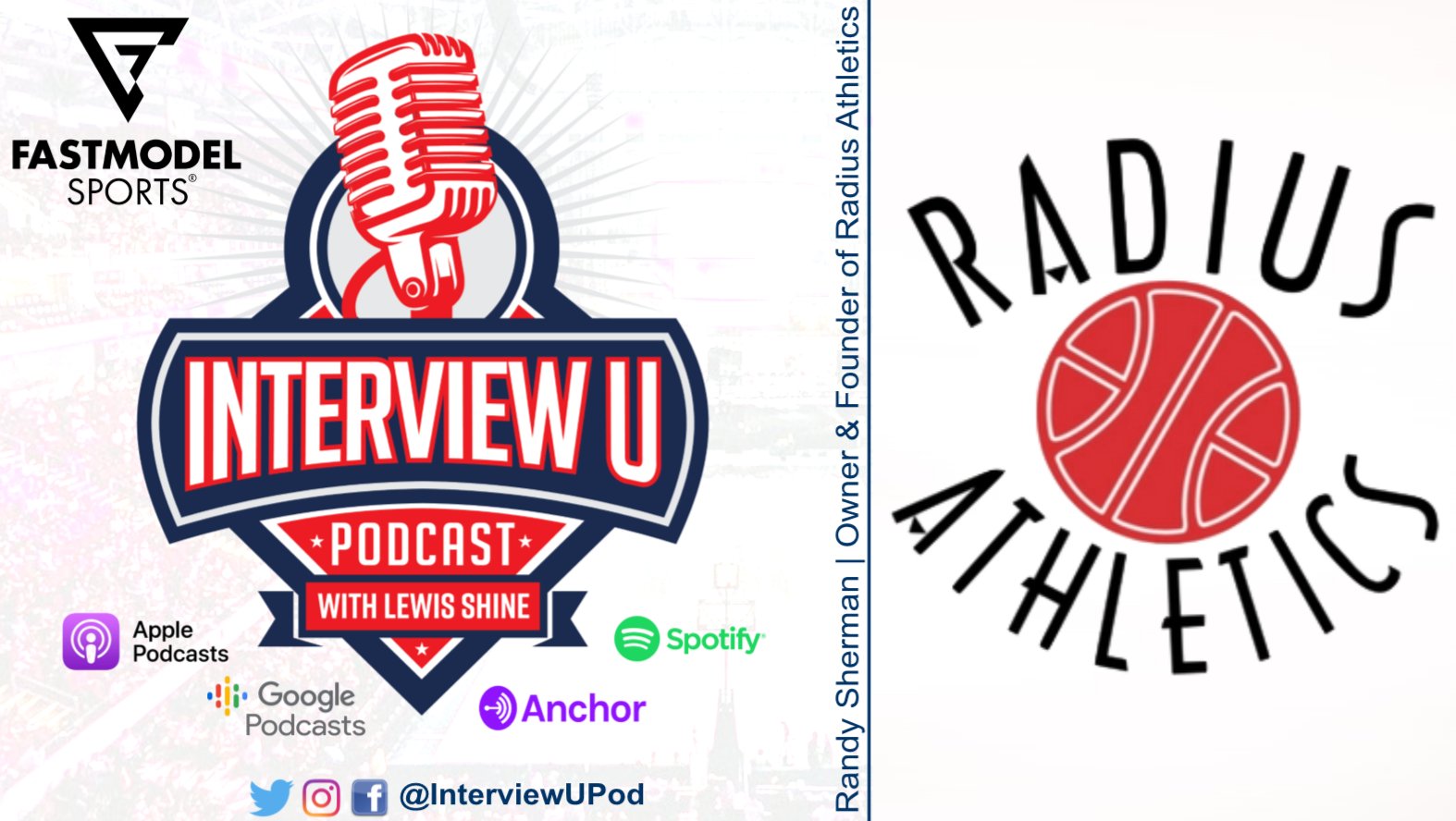 Takeaways from episode 4 of the InterviewU x FMS podcast series featuring the consultant to coaches, Randy Sherman of Radius Athletics.

In the fourth and final episode of the series, Lewis chatted with TeamFastModel contributor Randy Sherman of Radius Athletics about how he acts as a coach to coaches, built a basketball consulting company,

Here are some of the top takeaways from this episode with Randy Sherman of Radius Athletics.

SAVE10
LISTEN TO EPISODE

“Being able to build something and sustain something even in what, on paper, looked like it was going to be an off year or down year but still reached a pretty high performing level, those are the seasons I enjoyed the most. Almost like the pressure wasn’t there from the outside, but the expectations internally were the same. Those are the years I think back mostly fondly of.”

“I was seeing some of the things that influencers were doing in other disciplines like nutrition, finance…becoming a thought leader, using social media, blogging, things like that. I had the encouragement of a few coaching friends like, ‘Hey man, the things you did when you coached, I think if you were to share those and teach coaches those things, it’d really be successful.’ I was like no one cares, I’m a nobody! But I just stayed after it.

I built an audience and I guess the things I was sharing were helping coaches. I figured out a way through trial and error, making lots of stupid mistakes, how to turn it into a viable business. It’s been an interesting ride. I never would have though it would 1) turn into a job and 2) still be around six, seven years down the road. I’m fortunate. I’m still in the game, just in a different way. I tell people all the time that I think my skills and abilities are better suited doing what I do now that they were when I was actually coaching.”

“If a coach is interested in a concept, they want to hear it explained, they also want to see it on paper. So to me, FastModel just met that need. It gave me a tool where I could put some of the ideas I used as a coach in a diagram and be able to better explain those things. That’s really how it began. They filled a need that I had to have filled to do the job I wanted to do, or the project I was undertaking.”

“My grandfather, who was a big influence on me, has passed away but a lot of his lessons have lasted. One thing that he used to say to me was, ‘Randy, you row your own canoe in this world.’ Meaning you’re in charge. You are the captain of your own ship. I think back to some of the fear that I felt as a coach going into a season, or even when I embarked on starting my own business… I kept hearing my grandfather’s voice saying ‘You row your own canoe.’ Ultimately, the decisions you make are going to take you to where you want to go or not.”

“Any time I begin to doubt about am I helping coaches, or is this even working, or is anyone even paying attention when I write something? I just help but think that this is what’s within me that I would want to get out, whether two people read it or 2,000 or 20,000 read it. This is what’s within me. I want to get it out. I’m just rowing my own canoe man, and if anyone wants to get in with me great, there’s plenty of room. But this is just information and a passion within me that’s going to come out either way.”

“If you coach long enough, you’re going to have highs and lows. There’s going to be moments that you’re on top of the ladder cutting down the net, and there’s going to be moments where you’re counting down the days until the season’s over. Those highs and lows have been very real for me. When I think of some of the setbacks, changing careers and changing jobs, when there’s some uncertainty about whether I’m doing the right thing or like I was starting all over again. What got me through was just putting my focus in on the work. I can’t think too far ahead. Put my focus on the next day, the next practice… My advice after any setback would be just don’t look too far down the road. Just look at the next step, and take it. Have the courage to get up and take it. That’s it.”

Making an impact in the coaching community

“When I started all of this, I thought it would just be me talking about motion offense and pressure man-to-man defense, whatever, very surface level, basic stuff. But I began to listen to coaches, I began to hear their problems and become someone who worked alongside them. I’ve developed some great friends, I really have. The coaches that I help, we bring them together in a chat room and just converse and talk basketball. All these coaches that I help are helping one another. I reflect back and think, out of this silly idea, this camaraderie has come together. Those are the things that keep me going.”

Check out the Radius Athletics Playbank page for sets, drills and XsOs here.